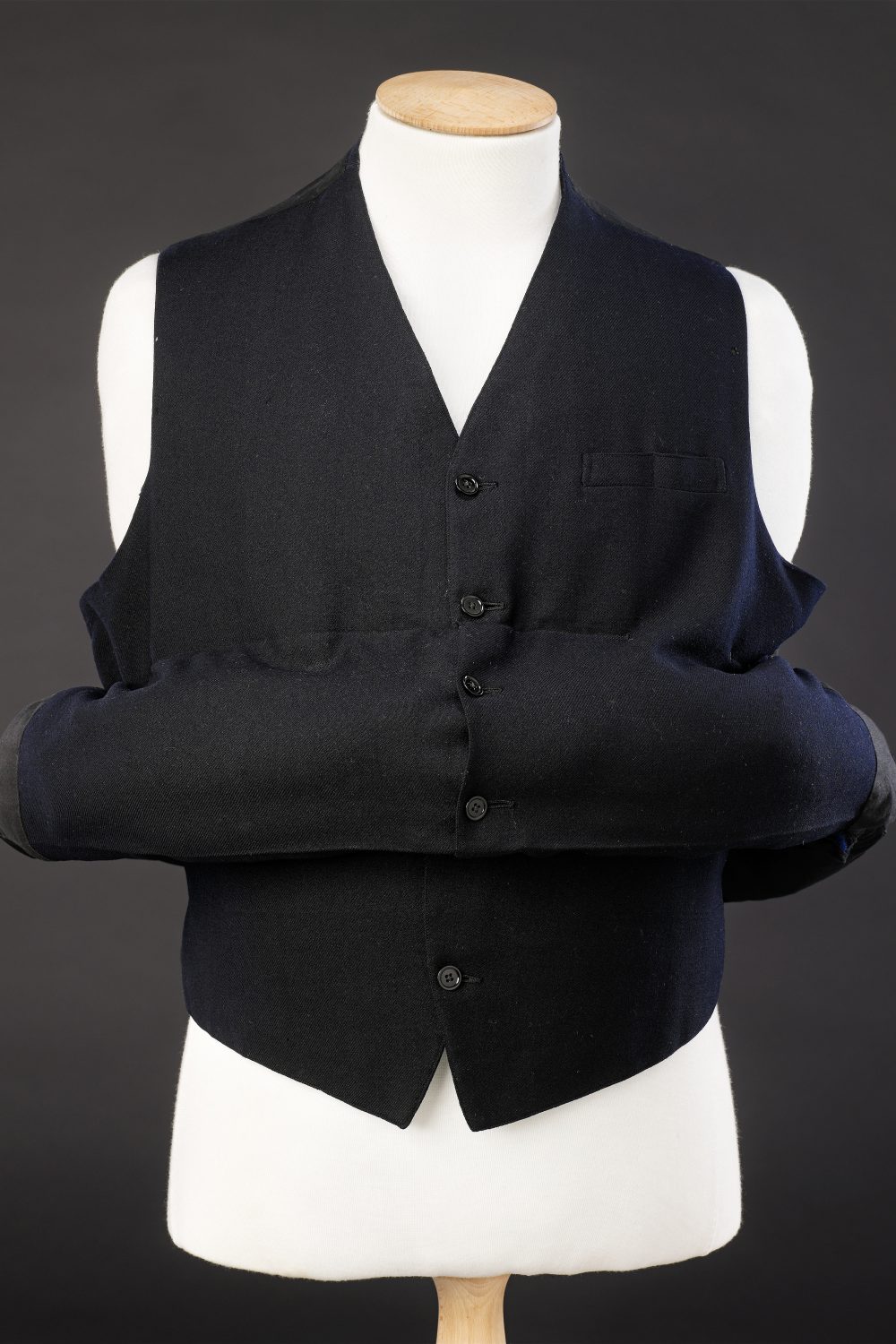 Wool gabardine, back and lining of cotton twill

The Savile Row tailors, Gieves, were already well-known as naval outfitters when, in 1915, during the First World War, they patented their ‘life-saving waistcoat’ for use on ships at danger of being torpedoed by Uboats and mines. The patent entry described it as:

‘Provided with an inflatable tube enclosed in a cover made of the same material as the waistcoat and attached to the waistcoat at its upper edge only. The front parts of the cover fasten together by push-buttons, and the tube is preferably larger over the chest, so that the resultant greater buoyancy in this area maintains the wearer upright in the water.’

In effect, the inflated ring was enclosed within a horizontal tuck, approximately 6 ¼ in, 16 cm deep, lying flat when not in use.

What might initially be considered an eccentric gimmick did in fact have a serious purpose and success in saving lives, including that of Commander Robert Dannruether, one of the six survivors of HMS Invincible at the Battle of Jutland, in 1916, according to Gieves.