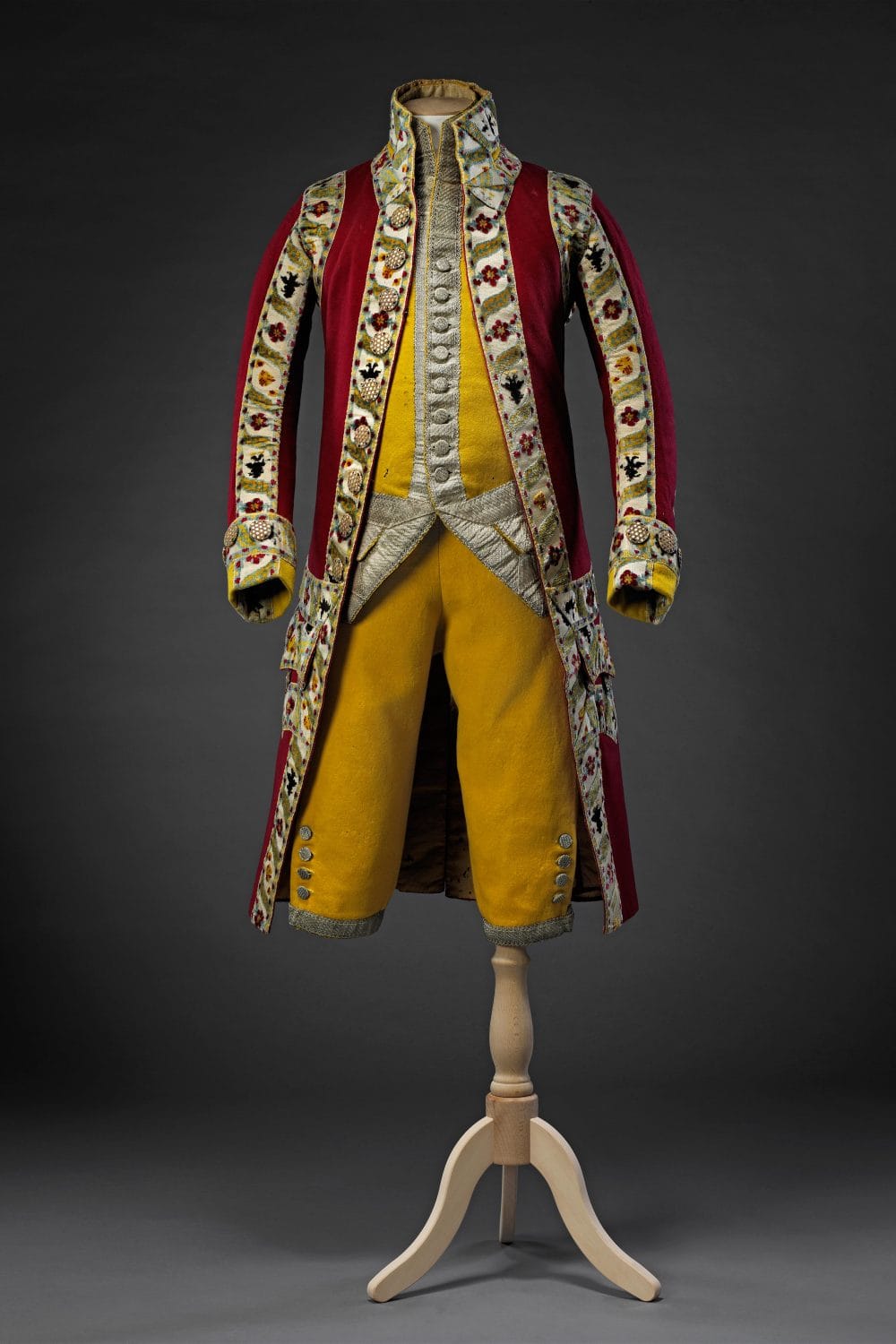 Livery was the uniform of male servants (particularly those who were on show) which identified their service to a particular family or household, and reflected status and rank.

This suit is characteristic of livery at its grandest, comprising a wool coat, waistcoat and breeches in two contrasting strong colours, the bright yellow of the coat’s collar and cuffs matching the waistcoat and breeches. The metallic braid and patterned braid borders add to their opulence. Both the colour and motifs of the braid signified household allegiance. The handwritten inscriptions on the lining of both the coat ‘Gaspino 6’, and the waistcoat ‘Gaspino Santini’, have identified the suit as the livery of Gaspino Santini, a Roman merchant and banker, and former master of the Russian Ballet. In 1771 he was appointed Russian Consul to Rome by Alexei Orlov, one of Catherine the Great’s most powerful statesmen. The black double headed eagle that appears on the braid of the coat was part of the Russian Empire’s coat of arms, having been changed from gold to black earlier in the century during the reign of Peter the Great. It was the central image of the Imperial Standard of the Czar, on a bright yellow ground to which the colour of the waistcoat and breeches may allude.