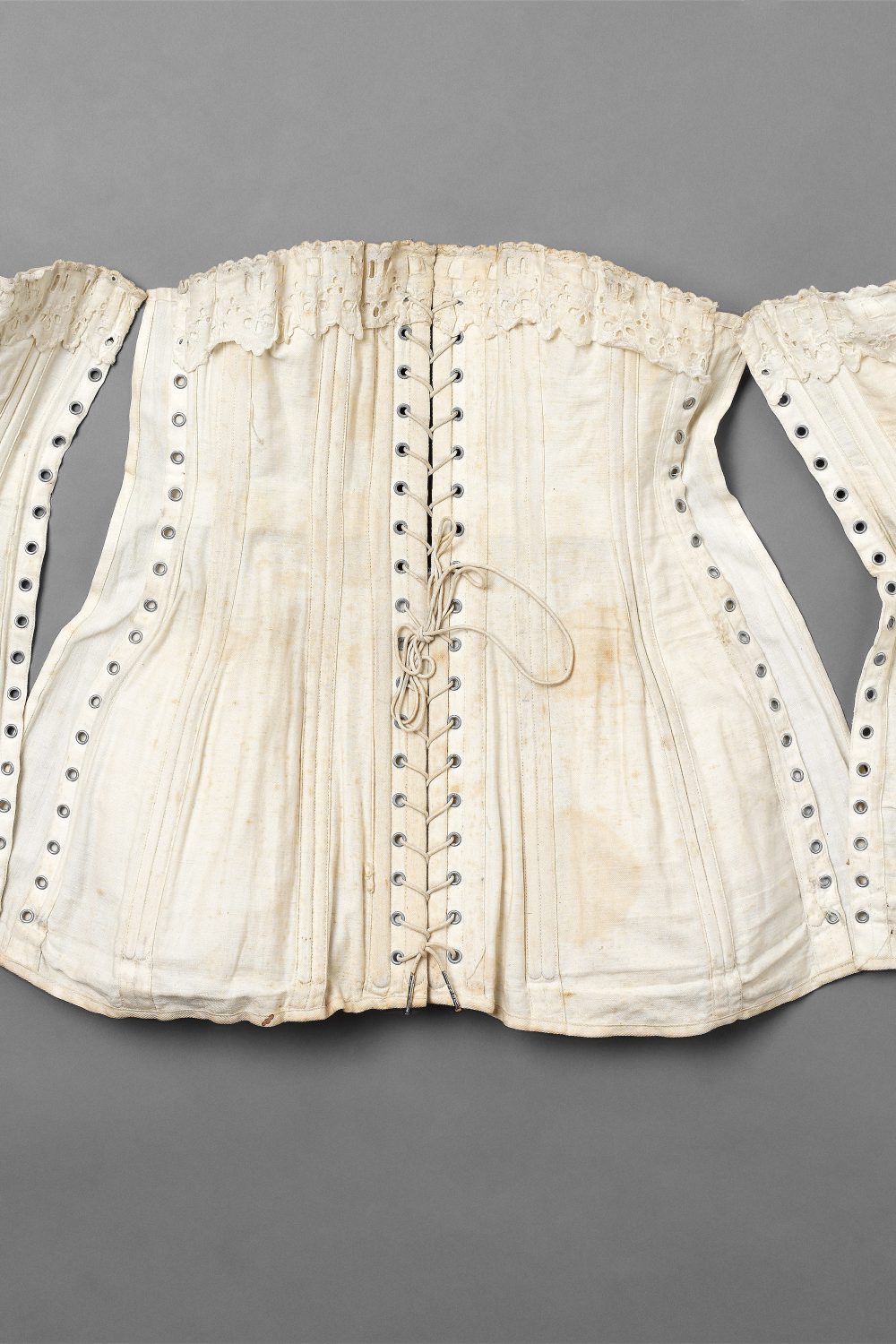 Up until the early 20th Century it was so much the custom for most women to wear corsets to establish a fashionable silhouette, and, it was thought, to support and maintain their figures, that it would have been unthinkable to dispense with them during pregnancy. However, in an era when large families were common, the cumulative time mothers might spend in this restrictive state caused concern amongst some members of the medical profession and the dress reform movement, and encouraged the commercial production of maternity corsets that supported the growing mother and child without being too constricting.

This example, seen here with each side of the front flanking the back, employs side lacing as a means of adjustment to ease the expanding body. The lacing over the generous breast gussets not only allows for comfort, but facilitates feeding once the baby is born. (Some similar models have openings fastened by press studs for this purpose). The corset also allows for growth in its shaping below the bust; nevertheless, it retains the straight centre front busk and vertical stiffenings that would have been found in conventional corsets. Contemporary advertising, patents and surviving examples show that many corsetry manufacturers incorporated further features, such as elasticated panels and buckled abdominal supports, into their maternity ranges.

The corset originally had suspenders, to which stockings were attached, at the base of the centre front; these were a relatively new feature at the turn of the 19th and 20th Centuries, taking over from the ancient method of holding stockings up with garters above the knee.