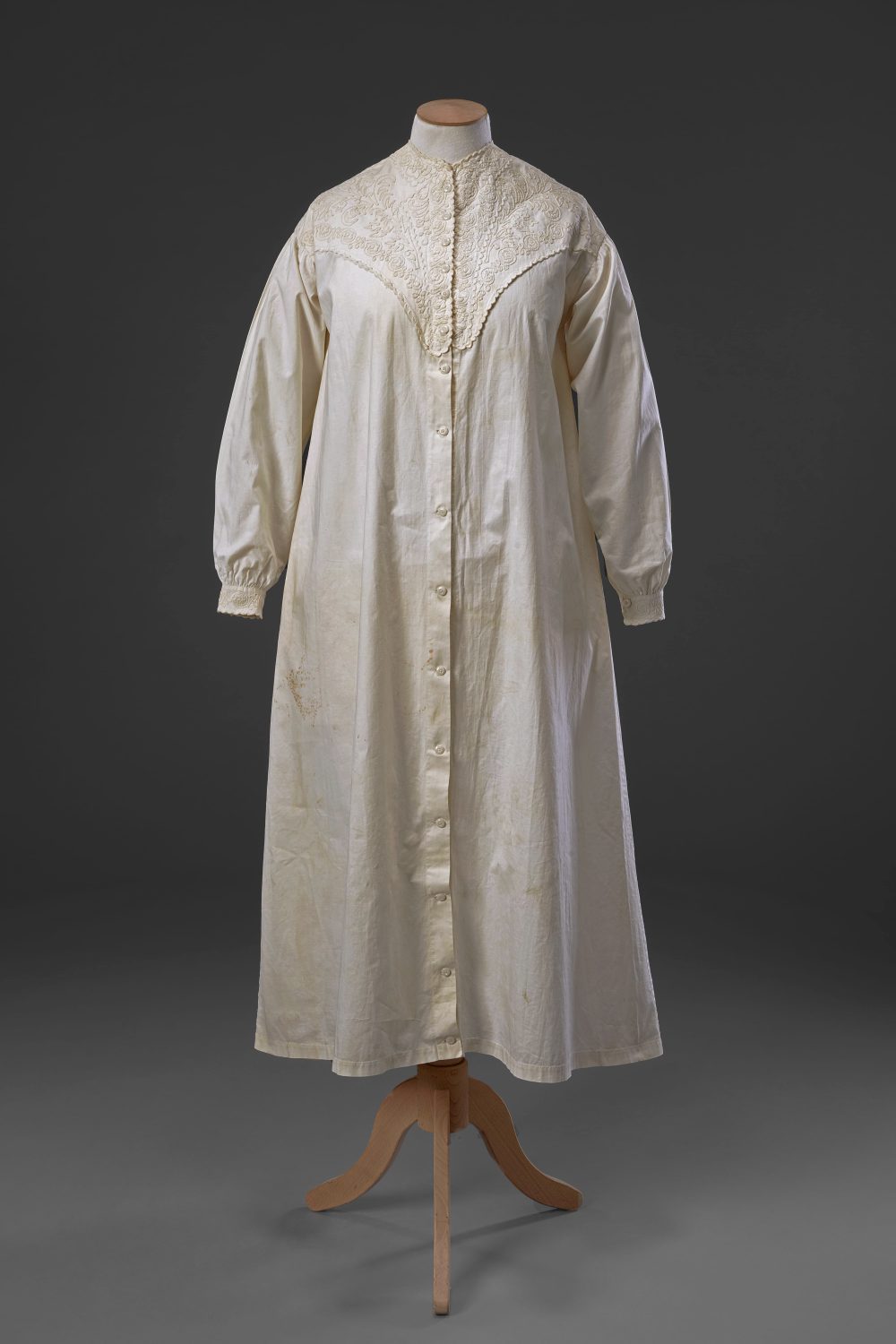 Historically, nightwear was purely functional, resembling plain underwear – shifts or chemises for women and shirts for men – all of which were loose in fit for comfort. The 19th Century saw an increasing interest in applying decoration to garments that were not seen by the public, whether nightwear or underwear, reaching an apogee of lace trimmings, frilled borders, whitework embroidery and areas of tucks during the closing decades of the century and the Edwardian era. During the interwar years of the 20th Century nightwear became lighter in weight and more revealing of the arms and shoulders, although purely practical examples continued to be worn by those who preferred or needed to do so, right up to the present day.

Although decorative and hand stitched, this gown is not a luxurious garment, constructed of sturdy white cotton, roughly finished, and with buttons of low quality. However its yoke, intricately and liberally applied with narrow braid in a lively looped design, ornamentation commonly seen on dresses and blouses of the period, demonstrates its claim to a fashionable appearance, as does its long sloping shoulder line.