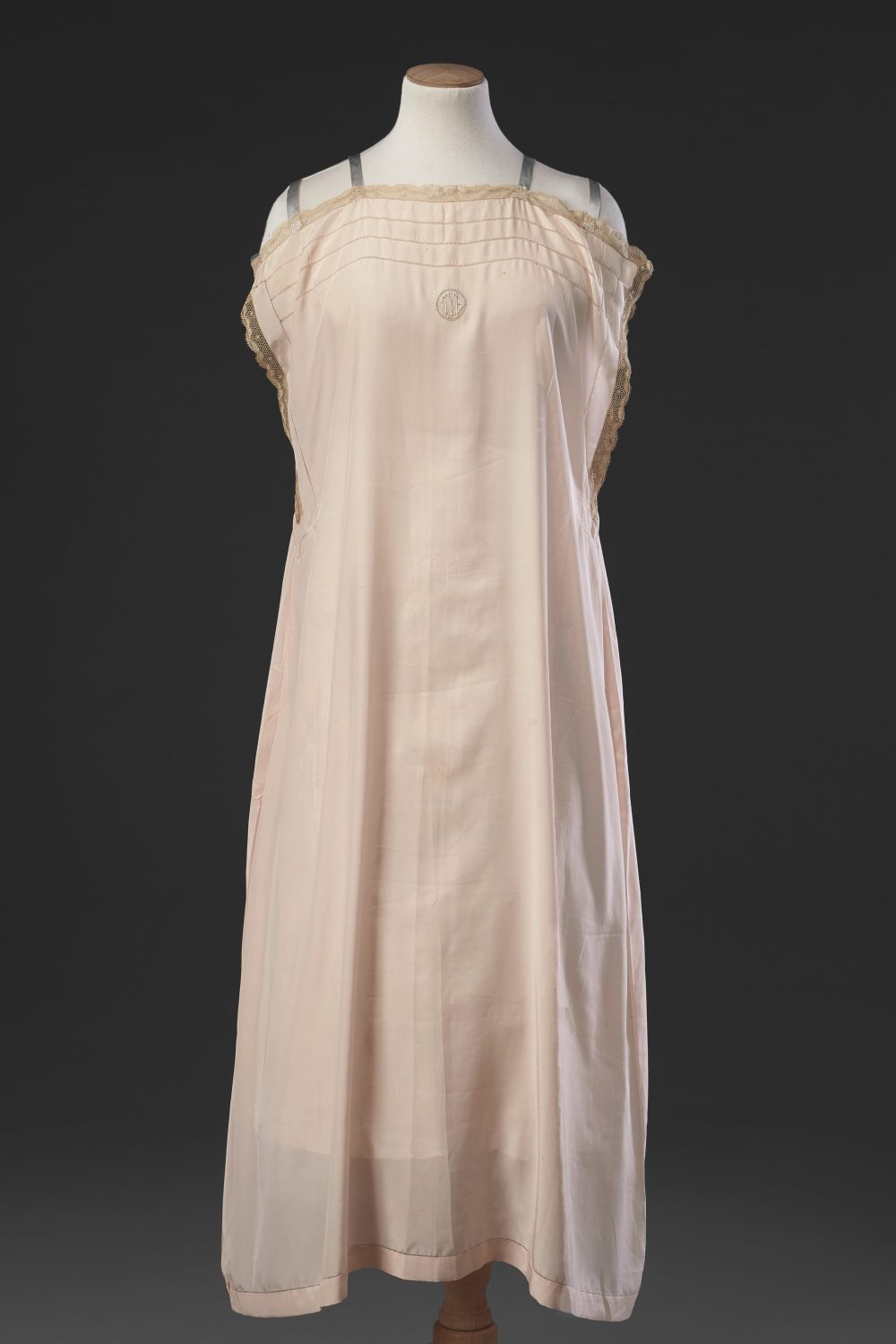 The nightdress in this image, and the knickers seen as a Related Item, represent a quality far superior to that of the camiknickers and two piece underwear set also included on this website. Made of silk and intricately handsewn throughout, they were destined for the high end of the market and were possibly part of a wedding trousseau. Well into the 20th Century, such undergarments and nightwear were lovingly sewn by skilled members of the bride’s family, or purchased ready made from expensive shops, and often carefully kept for the duration of the marriage.

The nightdress is hand sewn, with french seams, from fine quality pink crepe de chine. It is simply cut in two pieces with straight upper edges and armholes, beneath which the seams flare to the hem. Simplicity of cut was traditional in nightwear, but the exposure of the arms and shoulders beneath these ribbon shoulder straps (double-sided blue and pink) would have been considered more modern and novel. Hand-made lace and the monogram ‘DYA’ mark it out as a luxury garment. The upmarket New York store Franklin Simon advertised a very similar nightgown in 1933, describing it as ‘a nightrobe of pure silk crepe de chine in beautiful colours’ reproduced from Paris models, and accessorised with elegant high-heeled mules. 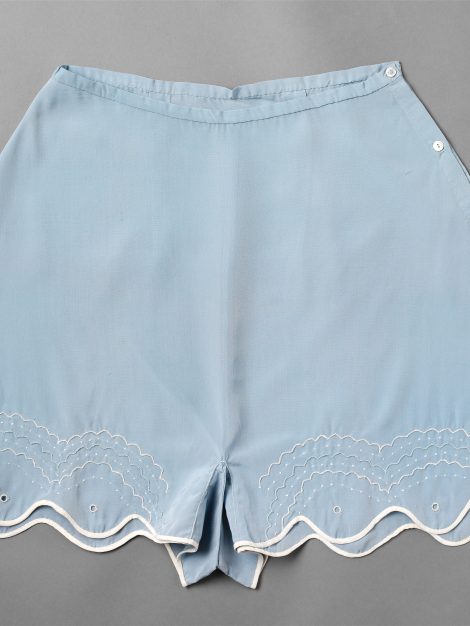 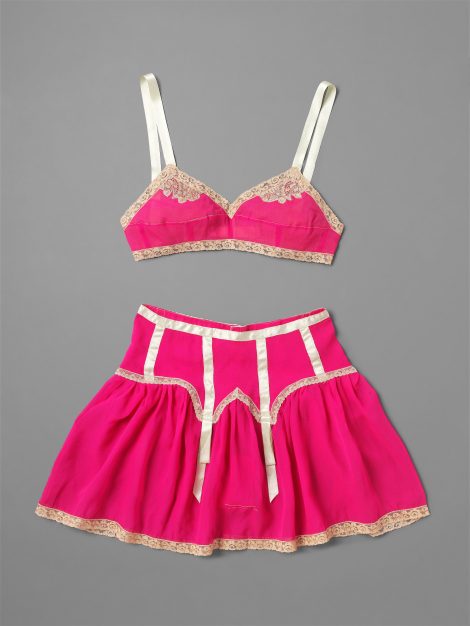 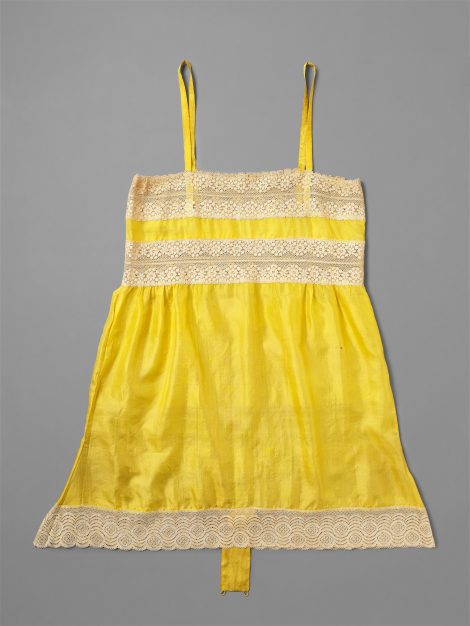