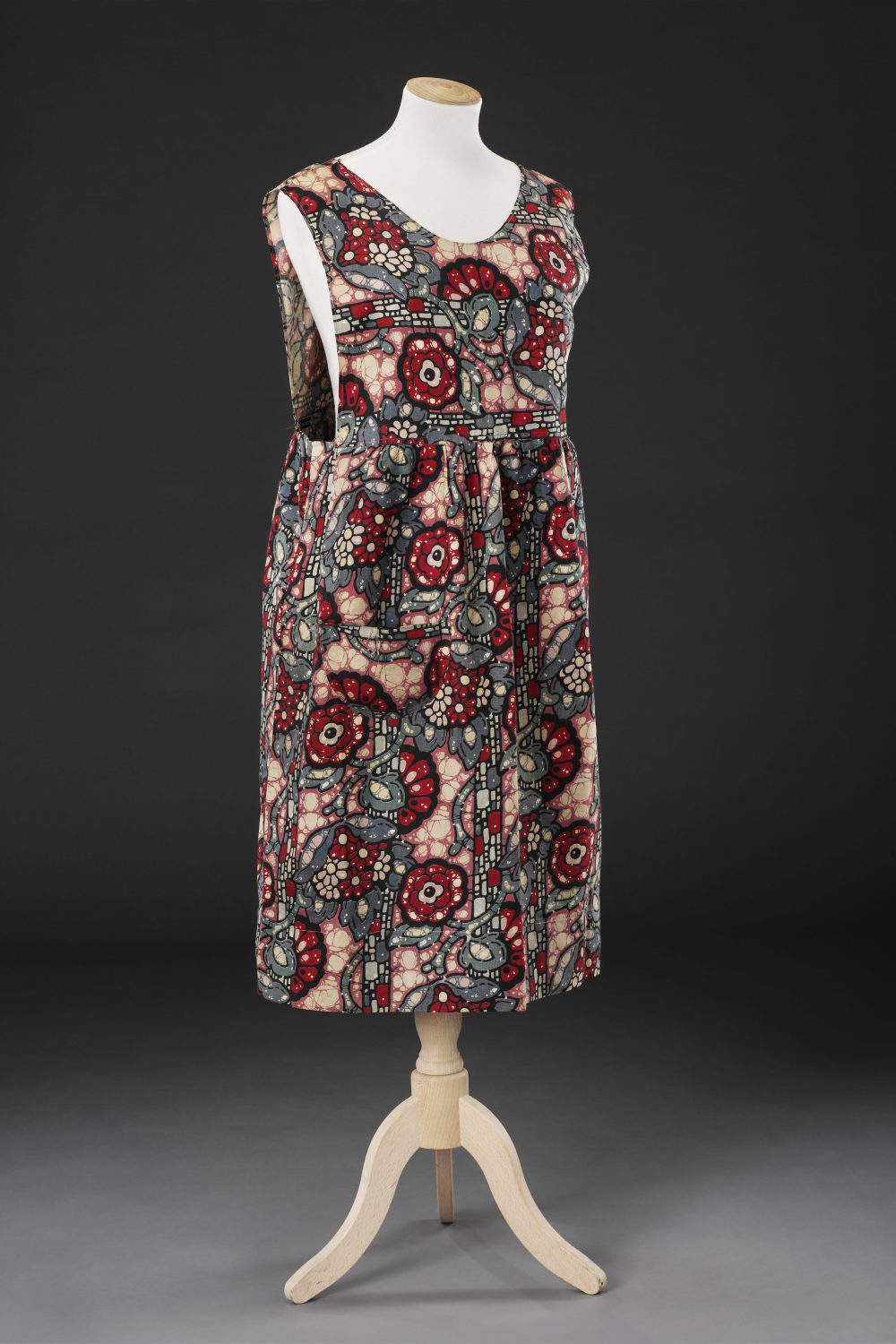 This overall is a practical garment, simply made of an inexpensive, mass-produced cotton. Its pattern is based upon the batik method of resist dying, a labour intensive process of painting fabric with a design in liquid wax, and then immersing it in dye; this was repeated a number of times to build up a multi-coloured pattern, and the dyes, seeping through the hardening wax produced the characteristic cracked lines that are simulated here.

Batik was an ancient form of printing employed in many areas of the Near and Far East. It was particularly associated with the Indonesian island of Java, part of the Dutch East Indies. The Dutch introduced the method into Europe where it became part of a fashionable interest in exoticism, and in traditional craft techniques such as stencilling, embroidery and hand-block printing (see Related Item).

Used for dress and interior accessories such as shawls and wall hangings, it was an expensive and time-consuming process, and mechanism was employed to provide cheaper versions for the mass market. These inevitably lacked the irregularity and spontaneity that gave the genuine fabric its charm. 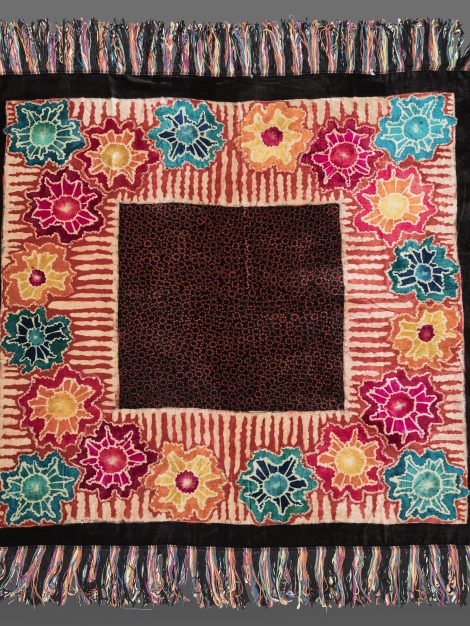