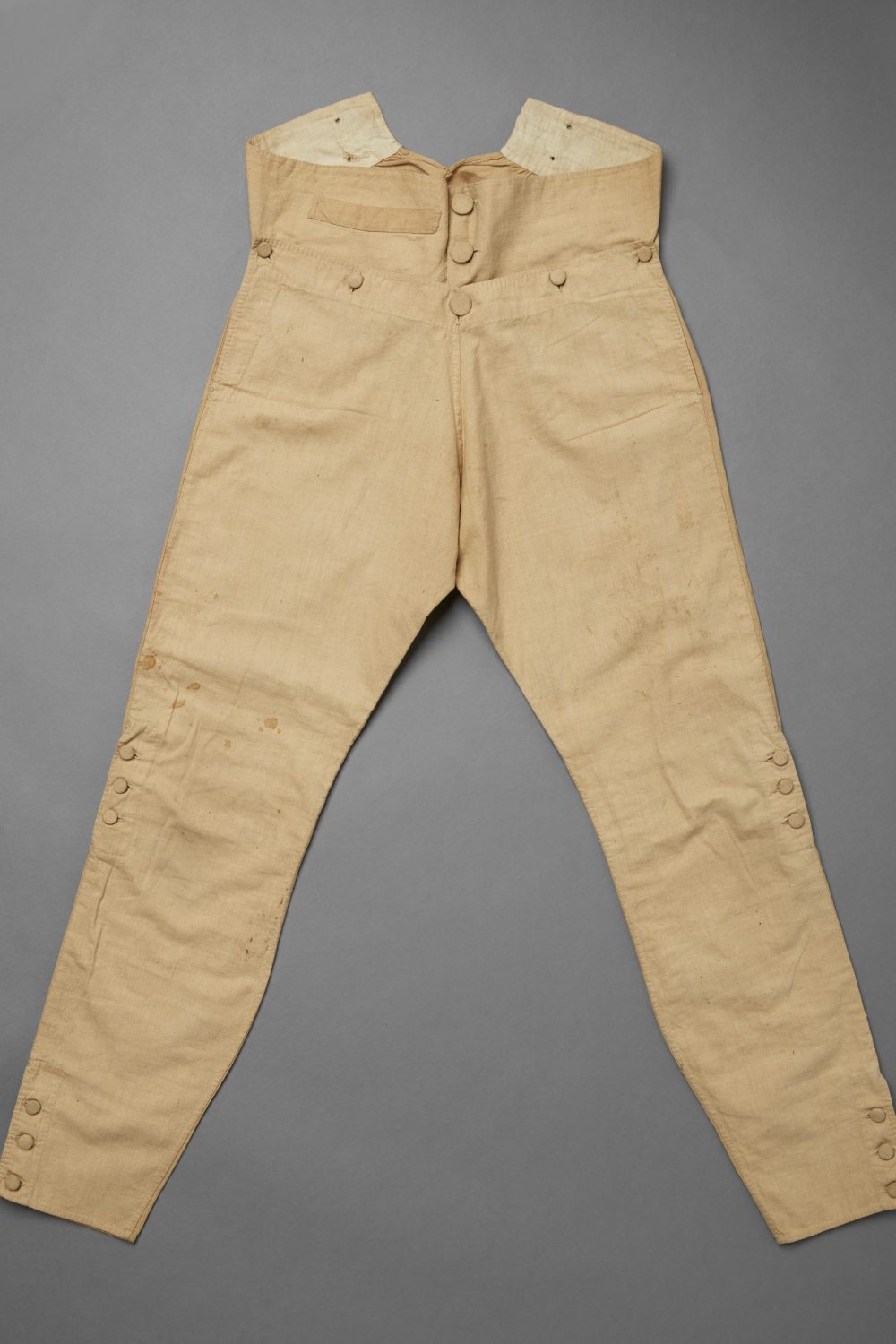 Named after the Commedia Dell’ Arte character Pantaloon, whose stock costume included a pair of close fitting leggings, pantaloons represented a transition between breeches, the most characteristic lower garment worn by men in the 18th Century and trousers, that of the 19th Century.

During the later decades of the 18th Century, breeches had become longer and increasingly close fitting as the thighs became exposed by the front edges of the coat curving further and further backwards. A shapely leg was considered an important attribute of the fashionable young man, influenced by neo-classical admiration of the well-formed thighs and calves of antique statuary. In order to achieve a close fit pantaloons were often constructed of bias cut or jersey fabric; these were made from unyielding woven cotton, and so were cut and shaped each side of the leg, a generous amount of fabric being allowed in the seat. A series of three covered button fastenings at the knees and above the ankle provided extra width at the narrowest areas of the leg, and may also have been a visual vestige of those in the same position on breeches. The size of the garment indicates that it was probably made for a boy of teenage years. A similar pair, with tie fastenings above the ankle rather than buttons are worn by a boy of this age in The Soldier’s Widow, or the Schoolboy’s Collection by William Redmore Bigg of 1800 (seen in a mezzotint of 1802 https://collections.britishart.yale.edu/vufind/Record/3635144 ). The juvenile fashion for trousers and pantaloons predated that of men.