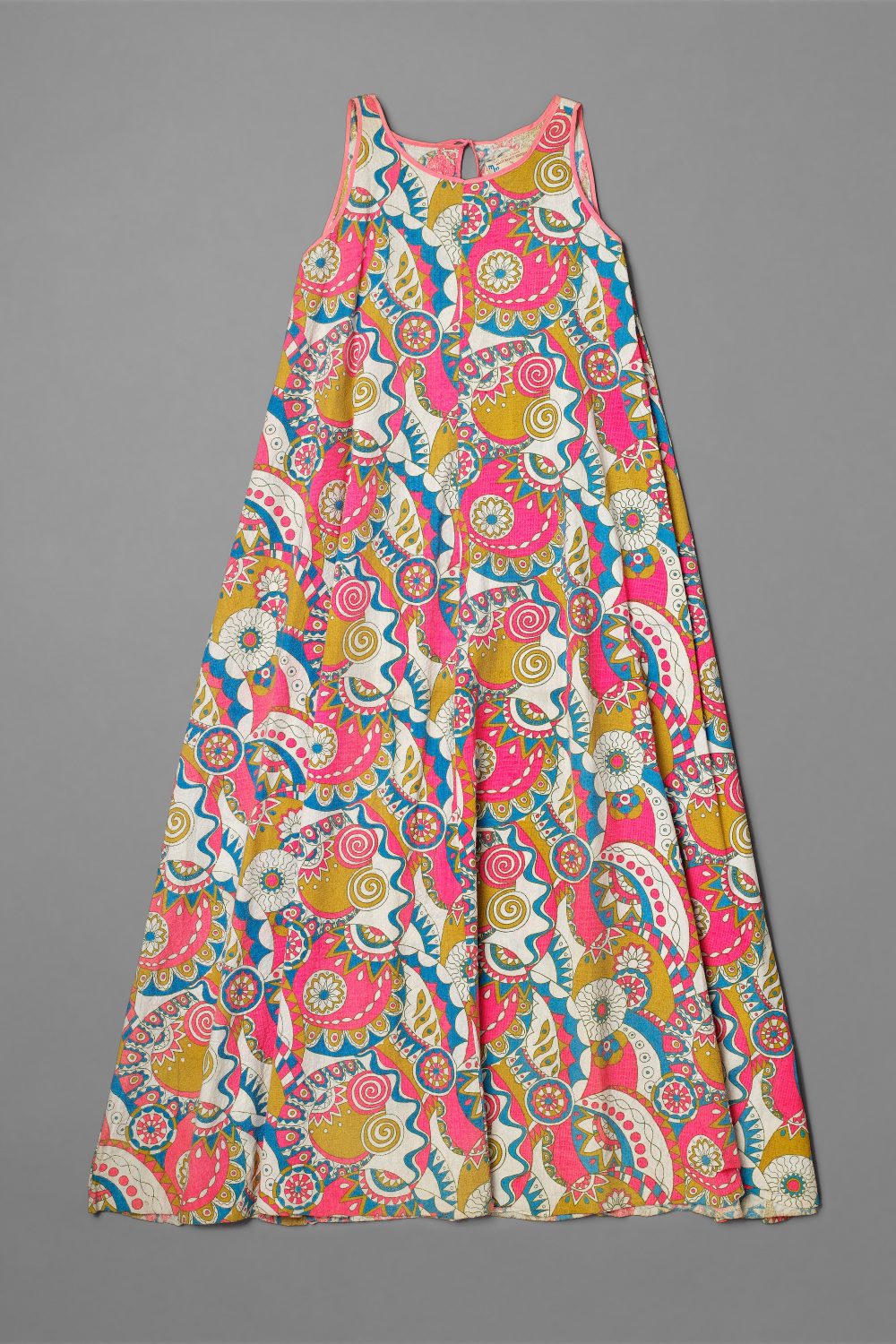 Industrial experimentation, a general interest in futuristic clothing, and consumer demands for enjoyable, innovative garments in the mid-1960s, provided a climate ripe for the introduction of paper, or disposable, dresses by American paper manufacturers.

The bonded fabric from which these dresses were made was stiff in nature, and the most successful style was the simple, sleeveless, collarless shift, a shape already popular at the time. This provided a canvas for some very bold images, such as extremely enlarged photographs or the op and pop art designs influenced by contemporary paintings.

This long dress is printed with with a psychedelic pattern, its vividly-coloured, swirling motifs associated with the disorientating effects of hallucinatory drugs, a short one seen as a Related Item, with a simple two-colour abstract pattern.

Paper dresses were frequently used for commercial or political promotion. Magazine advertisements invited readers to collect coupons from their products in order to send away for dresses. In 1968, the names and images of American presidential candidates, Richard Nixon and Robert Kennedy, featured on dresses worn by their supporters.

These two examples were manufactured by the hosiery company Mars of Ashville, North Carolina, one of the first and most successful producers of paper fashion. Its aptly-named Waste Basket Boutique line was launched in June 1966. At the time it was thought, erroneously, that paper garments would be the mainstay of people’s future clothing needs. Mars test-marketed men’s trousers and suits in 1967, but the enterprise came to nothing. How many times the dresses could be worn before disintegrating is open to question; however, Mars was careful to state on their labels: ‘This material is fire resistant unless washed or dry-cleaned. Then becomes dangerously flammable when dry.’

Additional Images show an offer for a paper dress, in two colourways, by the magazine Petticoat in June 1967, and another of the same year by the Wall’s ice cream company who required two Wall’s Heart wrappers in addition to payment. 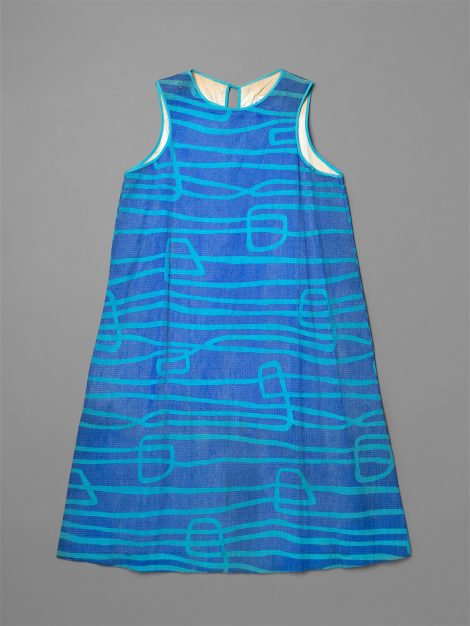