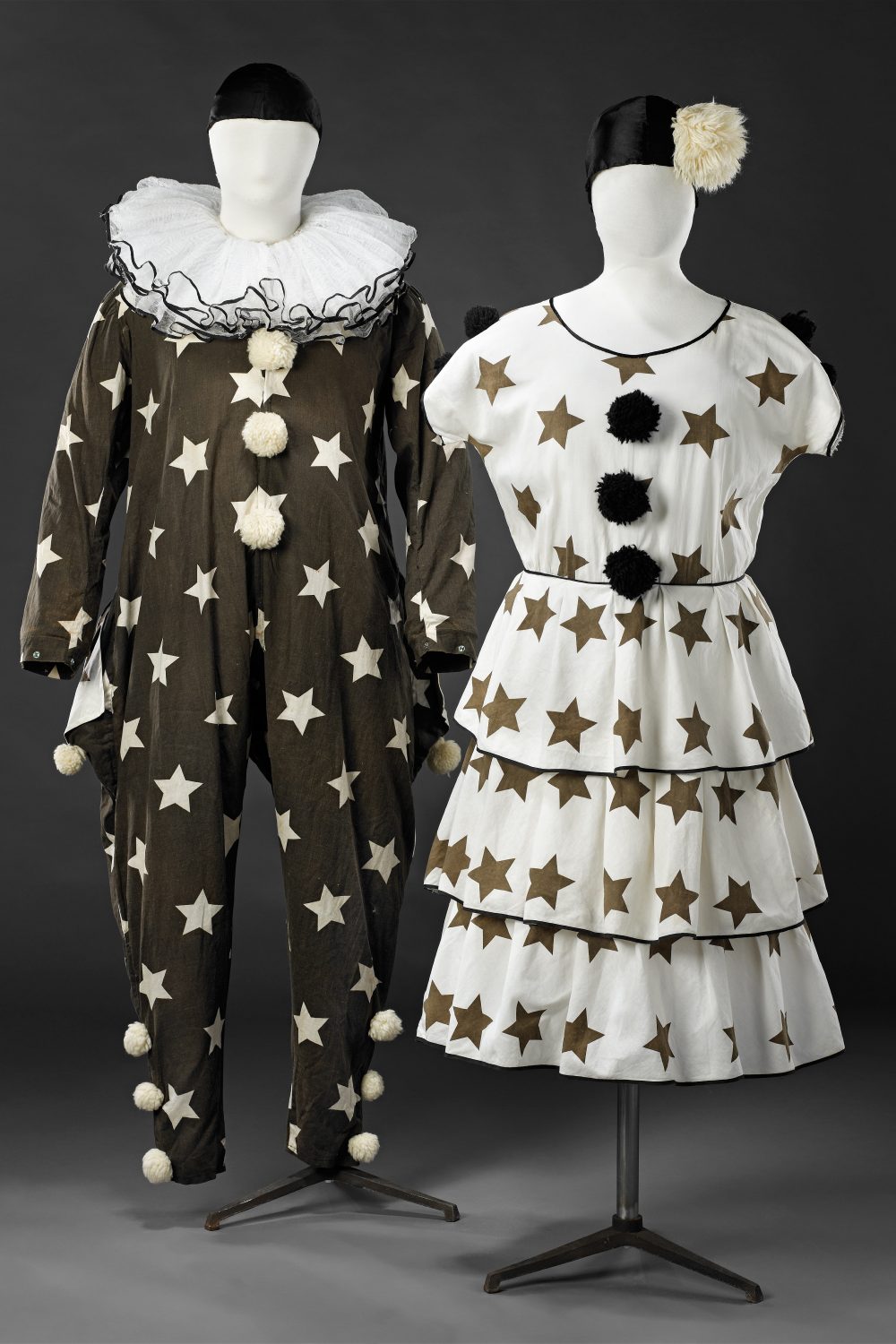 These costumes, made of inexpensive printed cotton trimmed with wool pompoms, with satin caps and a gauze neck ruff, can be seen worn by a middle-aged couple in indistinct photographs dated 1925. (see Additional Images)

Pierrot and Pierrette fancy dress costumes had their origins in a character from the popular Italian theatre tradition of Commedia dell’ Arte. Originating in the early 1500s, it spread through Europe during the following centuries, influencing theatre, opera, ballet and puppet shows. Its cast of stock characters were identifiable by their distinct costumes, and Pierrot’s baggy white outfit with its pompoms and neckruff were depicted in the paintings of Jean-Antoine Watteau and many other artists.

The troupes of Pierrot and Pierrette entertainers appearing at seaside and other resorts from the 1890s no doubt helped to establish the Pierrot as a favourite form of fancy dress, albeit at times with some artistic licence. The costumes were easy to make and accommodating in their sizing. Cheap, commercially available fabrics printed with playful motifs made it possible for anyone with basic skills to sew a baggy, one piece garment to produce, if not an authentic Pierrot, an arresting example of fancy dress.