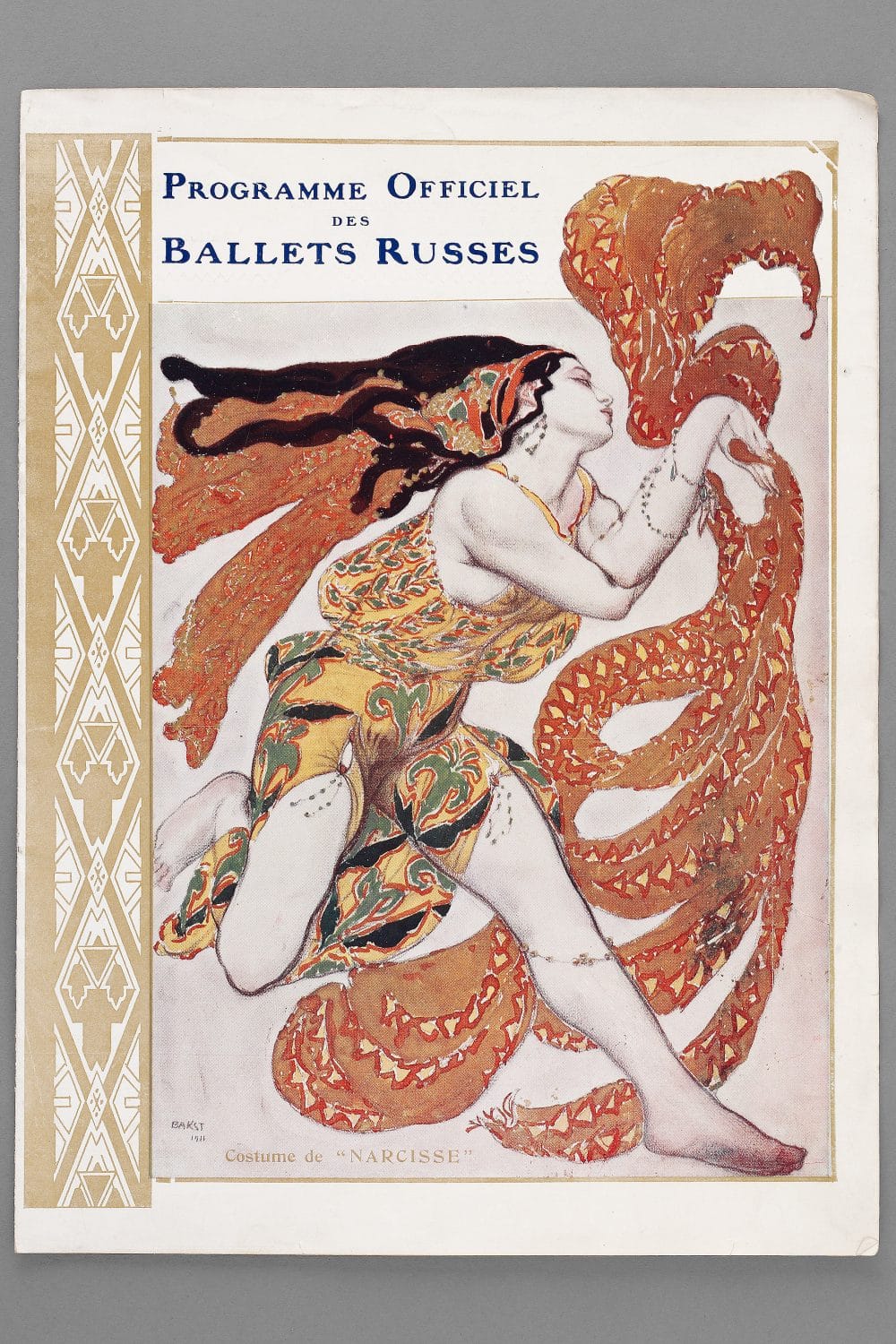 In addition to its costumes from various productions of Diaghilev’s Ballets Russes Company and its later manifestations, the John Bright Collection is fortunate to own programmes dating between 1911 and 1951. Other related material comprises Sotheby’s catalogues of sales from the 1960s to the 1990s at which Ballets Russes items were auctioned, including one of 18th July 1968 belonging to the artist Dame Laura Knight who sold some of her sketches of dancers at the auction, and a catalogue of the Diaghilev exhibition held at the 1954 Edinburgh Festival that renewed interest in the company’s history.

This official programme for the Ballets Russes’ Sixth Season, from June 6-17th 1911, at the Théàtre du Châtelet in Paris, is the earliest programme in the John Bright Collection, and is significant in that it marks the year of the foundation of Diaghilev’s permanent company, and the premiere on the 13th June of one of Diaghilev’s most enduringly popular ballets – ‘Petrushka’. Set in a Petersburg fairground in 1830, it was designed by Alexandre Benois, choreographed by Michel Fokine to music by Igor Stravinsky with Vaslav Nijinsky dancing in the title role.

The format of the programme is lavish, employing a liberal amount of gold decoration on its pages to border photographs of the company’s dancers, coloured reproductions of costume designs, advertisements for luxury goods, and short articles. The format was the basis for future programmes, the style varying according to contemporary taste. The cover features a spectacular costume design by Léon Bakst for the ballet ‘Narcisse’, set in Ancient Greece, premiered in April that year in Monte Carlo, but danced for the first time in Paris in this sixth season. This design, and the others in the programme, demonstrate Bakst’s extraordinary ability to translate the vibrancy of the dancers’ movements onto the flat page. Additional Images show title pages, further set and costume designs for ‘Narcisse’, and a design for ‘La Péri’, a one act ballet on an oriental theme to the music of Paul Dukas, scheduled for the sixth season but not in fact danced until the following April.