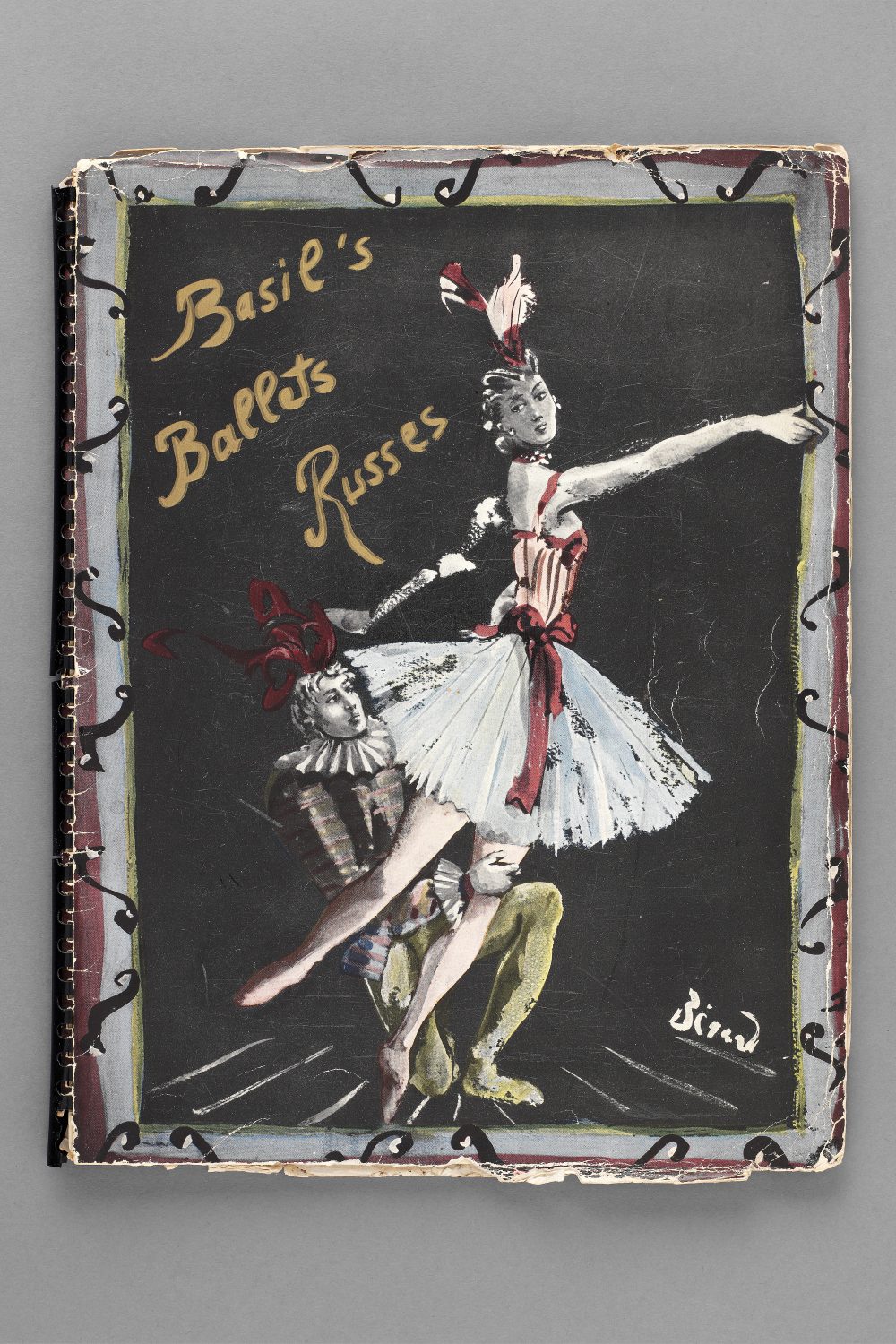 In addition to its costumes from various productions of Diaghilev’s Ballets Russes Company and its later manifestations, the John Bright Collection is fortunate to own programmes dating between 1911 and 1951. Other related material comprises Sotheby’s catalogues of sales from the 1960s to the 1990s at which Ballets Russes items were auctioned, including one of 18th July 1968 belonging to the artist Dame Laura Knight who sold some of her sketches of dancers at the auction, and a catalogue of the Diaghilev exhibition held at the 1954 Edinburgh Festival that renewed interest in the company’s history.

This image shows the cover of the programme of Col. W. de Basil’s June to October 1937 season at the Royal Opera House, Covent Garden, celebrating the coronation of King George VI in May that year. In 1936, the Ballets Russes de Monte Carlo, founded by Colonel de Basil and René Blum after Diaghilev’s death, had been renamed Col. De Basil’s Ballets Russes. The programme’s striking cover was designed by the artist and illustrator Christian Bérard who worked in fashion, theatre and the ballet; his Vogue magazine cover of October 1936 (see Related Item) is in the same style of ghostly, attenuated figures against a plain dark ground, the title added by hand diagonally across the top left corner. Well designed and produced, the programme follows a long established format, combining an introductory essay with photographs of the dancers, coloured reproductions of the costume and set designs, and advertisments for luxury products. Addidtional Images show the title page; Leon Bakst’s costume designs for ‘The Good-Humoured Ladies’, first danced by the Ballets Russes in 1917, and scenery for ‘Scheherazade’ of 1910; photographer and designer Cecil Beaton’s costumes for ‘Pavillion’, premiered in 1936; and the Catalan artist and muralist J. M. Sert’s designs for ‘Cimarosiana’, first produced in Monte Carlo in 1924. 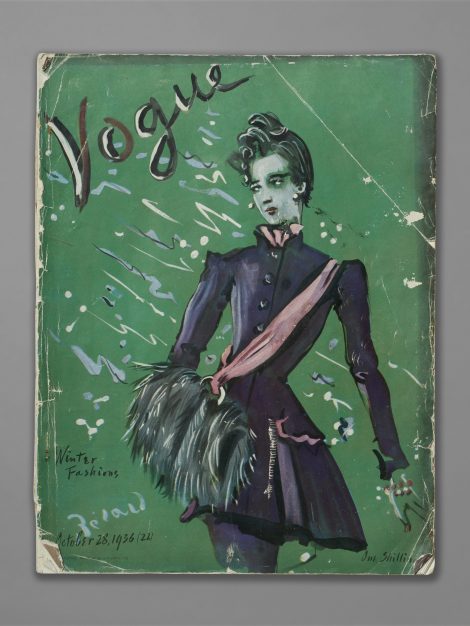