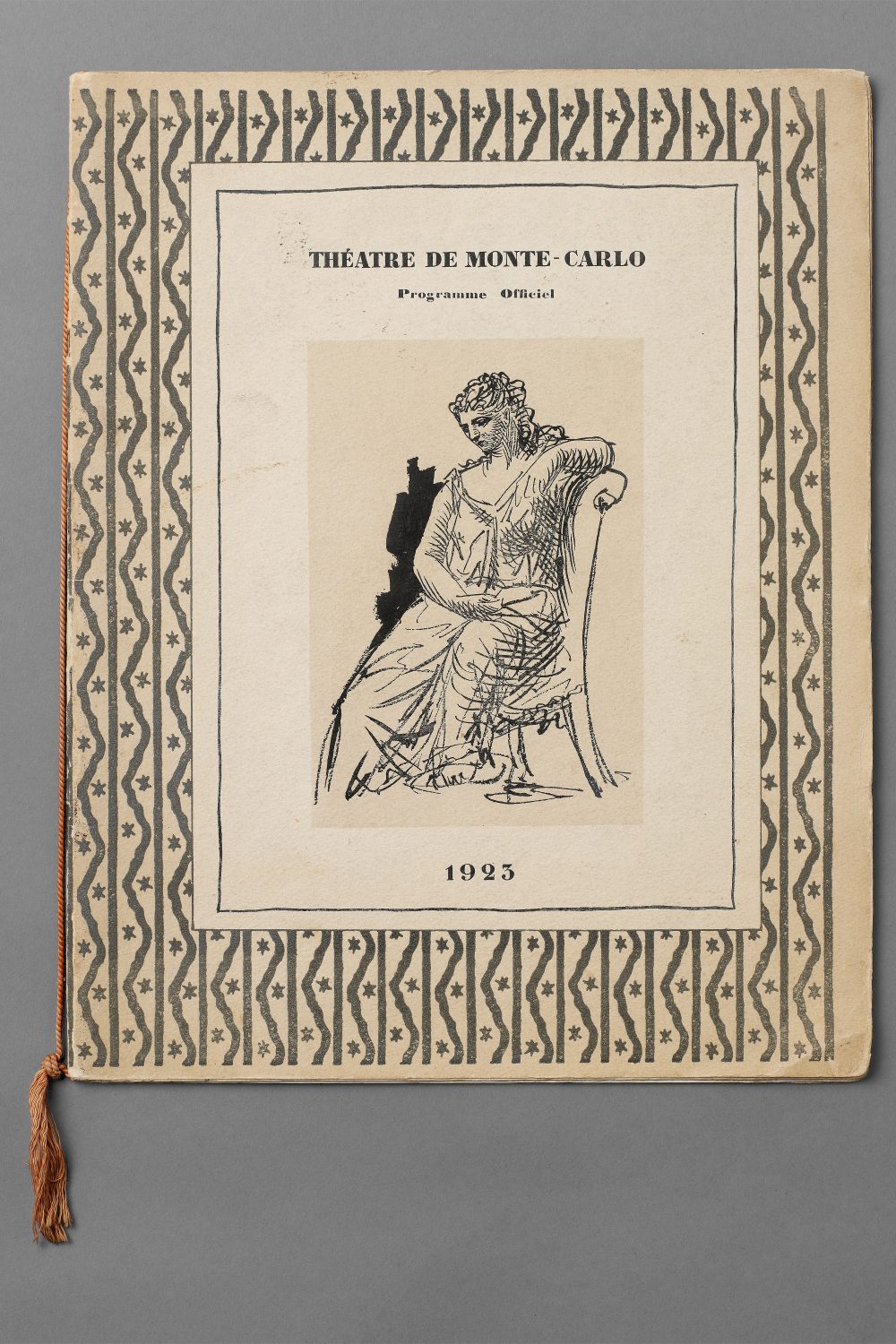 The programme for Diaghilev’s Ballets Russes’ season at the Théatre de Monte Carlo in 1923 featured this cover design by Pablo Picasso, along with line drawings of female dancers, either in performance or preparing in their dressing rooms, their sturdily rendered bodies reflecting their physical power (see Additional Images). The programme also included photographs of dancers in costume and advertisements for luxury goods. Picasso, one of the most revolutionary and influential artists of the 20th Century in his development of Cubism, met Serge Diaghilev through Jean Cocteau in 1916, leading to designs for the ballet Parade the following year, and Le Tricorne of 1919 and Pulchinella of 1920, both of which were included in the 1923 season. In 1918 he married Olga Khokhlova, one of the company who had danced in Parade.