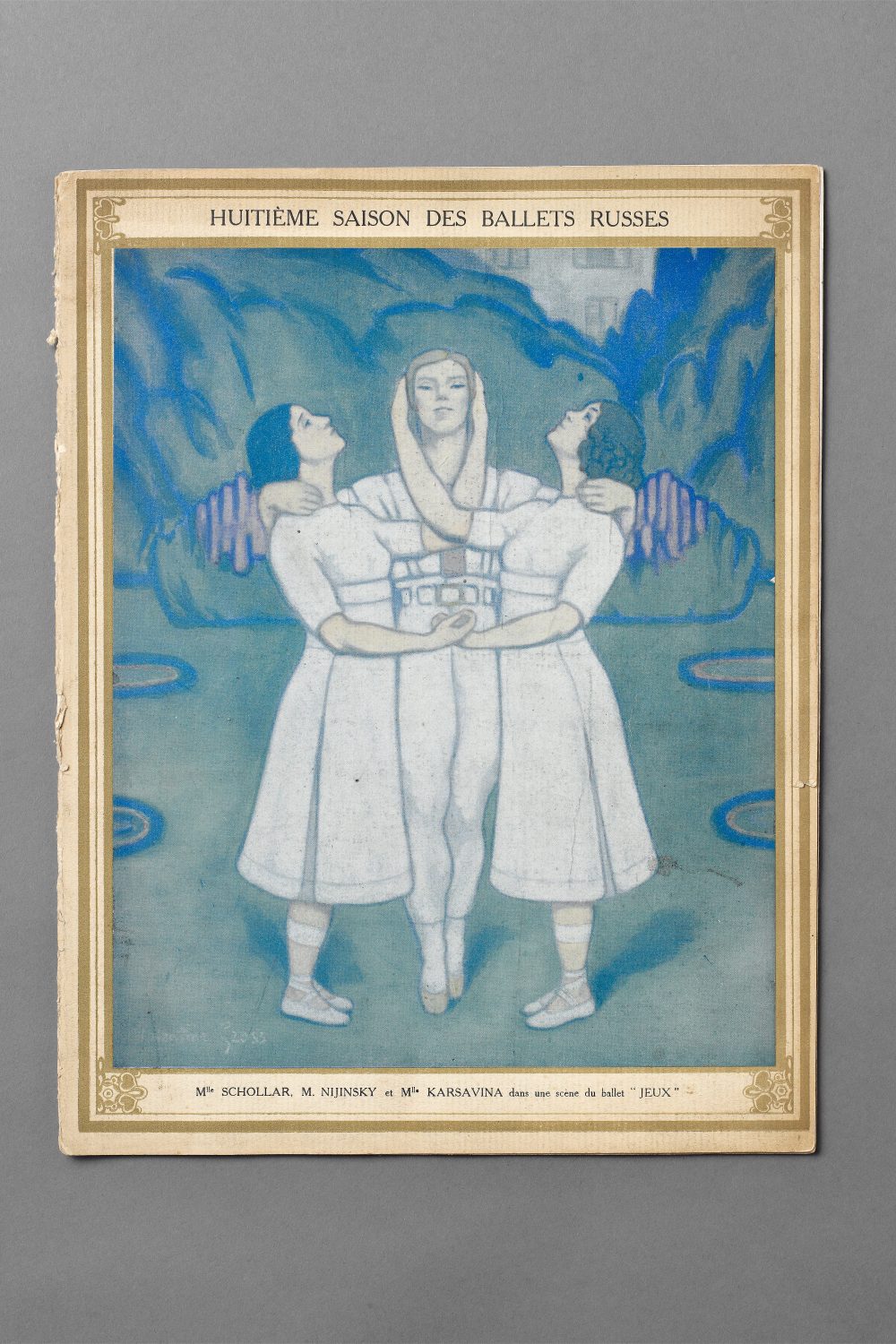 This is the cover of a lavish publication to celebrate the Ballets Russes’ Eighth Season in 1913, produced by the Comœdia Illustrée, a supplement to the French newspaper Comœdia that was founded in 1907 to report on the arts, with an emphasis upon the performing arts. Glossy and well-illustrated in colour, Comœdia Illustrée was aimed at the sophisticated middle classes, and the Ballets Russes’ productions that it covered from the start suited its content perfectly.

The Eighth Season saw performances of the ballets Firebird and Schéhérazade, both of 1910, and the premiere of Jeux. The unsuccessful Jeux, designed by Léon Bakst, choreographed and danced by Vaslav Nijinsky to music of Claude Debussy, was the company’s first ballet not to be set in in the mythology of the past or an exotic country, but in a city park of the future, in tune with avant-garde art movements of the time. (The first manifesto of Futurist painters was published in 1910). It centred around a game of tennis played by a young man and two girls; the dancers, Nijinsky, Ludmilla Schollar and Tamara Karsavina are depicted on the cover painted by Valentine Hugo after a photograph and her own sketches of Jeux. Six more of her coloured illustrations and a page of black and white photographs are featured inside. The simple white costumes made from practical jersey and flannel were a far cry from Bakst’s brightly coloured, richly decorated designs for Schéhérazade three years earlier, and for L’Après-midi d’un Faune and Daphnis and Chloé of the previous year, and were widely condemned. In fact, their minimalist style prefigured those influenced by the comfortable nature of sportswear to be seen in the collections of couturières Jeanne Paquin, with whom Bakst was forming a collaboration, and Coco Chanel, who herself designed the costumes, including tennis dresses, golf wear and jersey bathing suits, for Diaghilev’s Le Train Bleu of 1924.