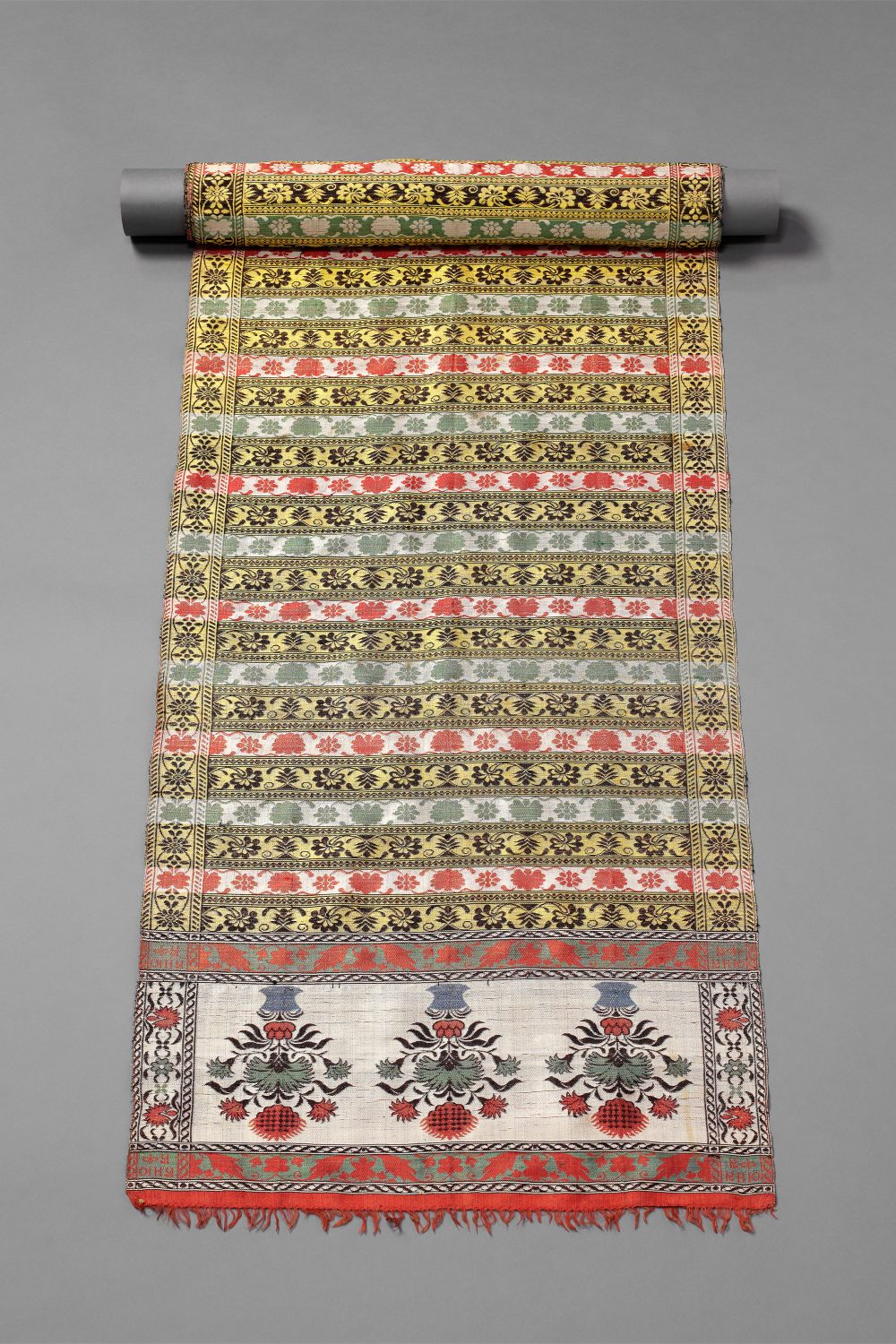 With its broad borders woven with highly formalised vases of flowers between horizontal bands of equally lifeless flowerheads and foliage, this is a characteristic example of sashes worn by Polish noblemen through the 17th and 18th Centuries until the early 19th Century when westernised styles became increasingly prevalent and indigenous dress was dropped for political reasons. The sashes were tied around the waist over a sleeveless or short sleeved robe, an undergarment and trousers, with the two ends arranged at the front to display the borders as the decorative focus of the outfit. Such ornate accessories were seen as status symbols, some having gold or silver thread incorporated. Folded in half lengthways in wear, many surviving examples have been woven with different colours on each vertical side to add to their versatility and visual impact. The designs were heavily influenced by those of Persia (present day Iran). The Polish nobility’s interest in Persian art and culture was centuries old, fostered by political and diplomatic contacts. Originally imported from Persia, in time the sashes were manufactured in Polish workshops, many of which were run by expatriate Armenians who both copied existing designs and created new ones. The workshops’ identifying signatures or symbols can often be seen woven into the fabric of the sashes.