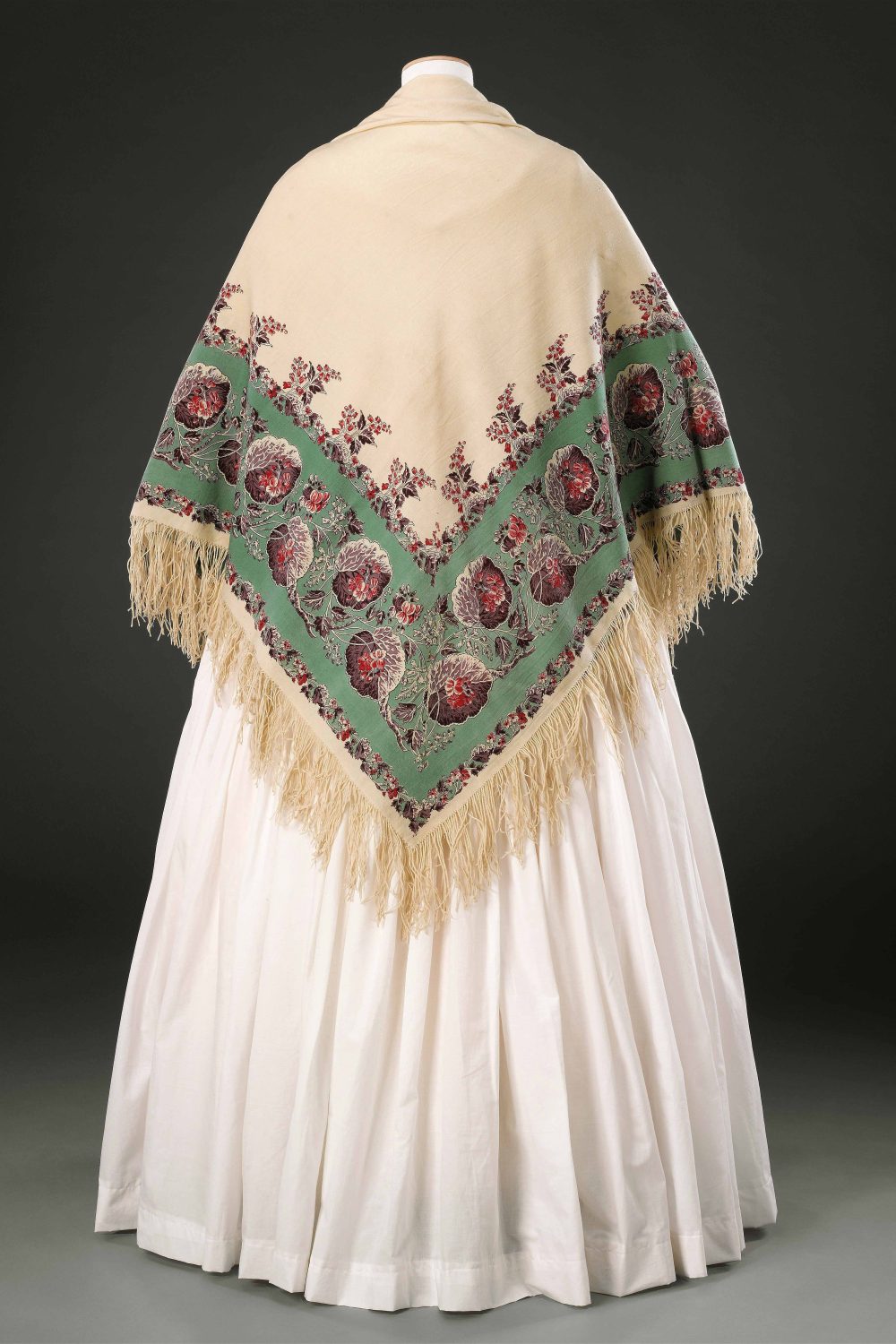 As the silhouette of women’s dress broadened in the 1830s, particularly in its bell-shaped skirts, a square shawl became more practical than a stole that had suited the more practical than a stole that had suited the more perpendicular line earlier in the century. This cream wool shawl, left plain in its centre, has been block printed with a broad border that reflects a contemporary fascination with the natural world that frequently went beyond its merely pretty representation. Small flowers are seen against the veins of large fleshy leaves that almost writhe on woody stems. At the same time, the inner side of the border is printed with sprays of flowers that seem reminiscent of the more stylised treatment of those in earlier Indian shawls and their imitations.