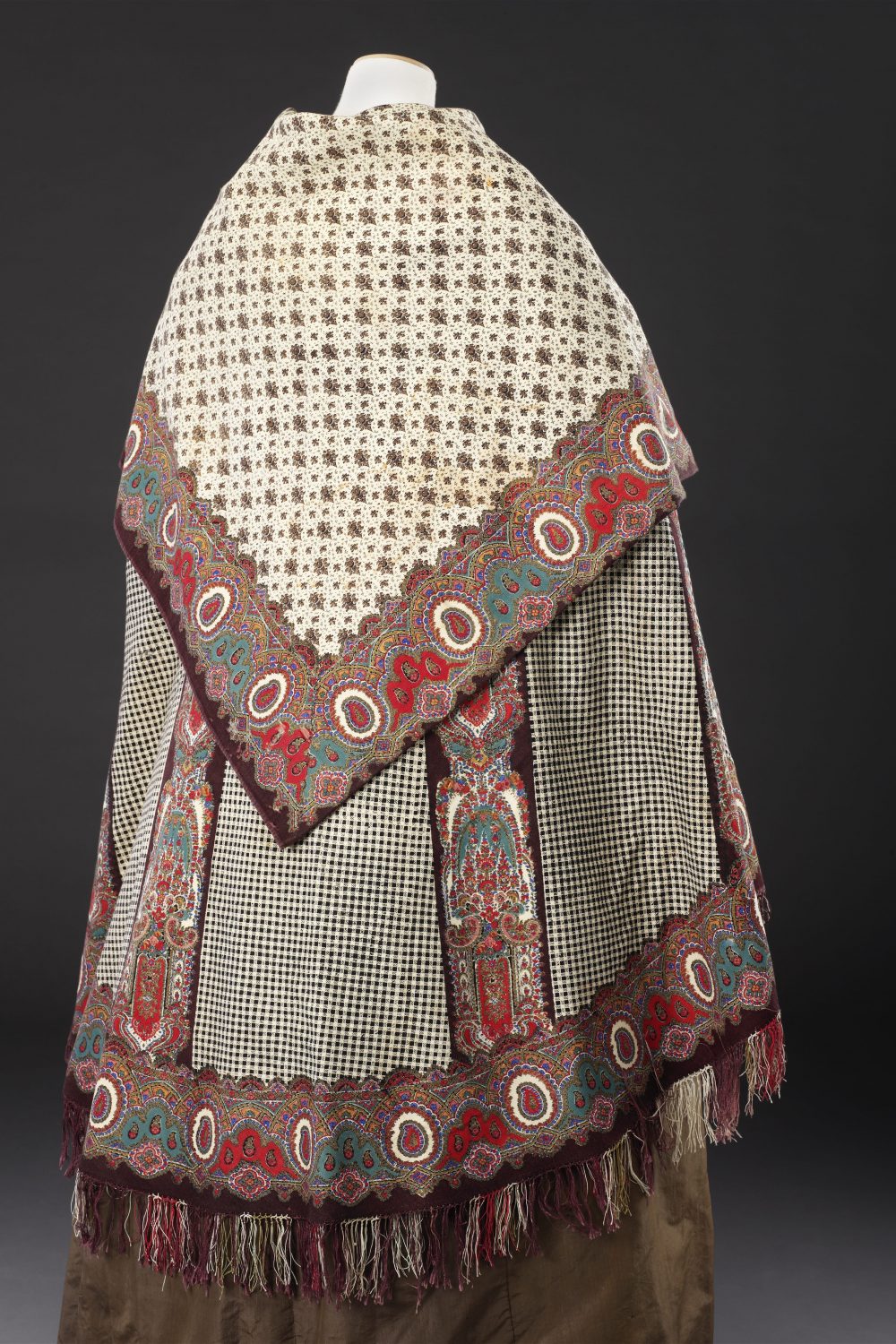 This magnificent shawl is known as a Glasgow shawl. As its name suggests, it is a product of the Scottish printed shawl industry that co-existed with that of woven shawls from the end of the 18th Century. Along with companies based in Norwich, these satisfied the luxury market for fashionable stoles and shawls in Britain that owed their origin to those imported from northern India. Made from the soft fleeces of Himalayan goats, their decorative embroidered or tapestry-woven borders formed the basis of European imitations, the motif known as the boteh, pine or cone becoming characteristic. Initially the shawls and stoles were seen as prestigious foils to classically inspired dresses of relative simplicity, but by the mid 19th Century they had grown to a size that provided a practical covering for dresses, the skirts of which ballooned over the crinoline cages worn beneath.

The shawl is a rectangle with two of its corners on the long side rounded off. The rectangle has been divided into two halves, each block-printed with a different design – one with an allover design of motifs on a cream ground, the other with broad bands of multi-coloured pattern on a ground of small checks simulating the shepherds’ plaid of the Scottish Borders. The patterned bands radiate from one corner in order to fall vertically when the shawl is worn. A border of a different design runs around all four sides, the colours of which are picked out in a knotted silk fringe on the three curved sides. As the length of the shawl is twice its width it can be folded into a square. The pointed corner of this square is folded over to be worn at the centre back of the body with the fringed, curved section below. This can be reversed, as seen in Additional Images.

The printing technique was ideal for summer weight shawls that were frequently made from fine silks and silk and wool mixtures. The fabric of this shawl, however, is fairly substantial, and when folded its four layers would have provided a good degree of warmth for its wearer.