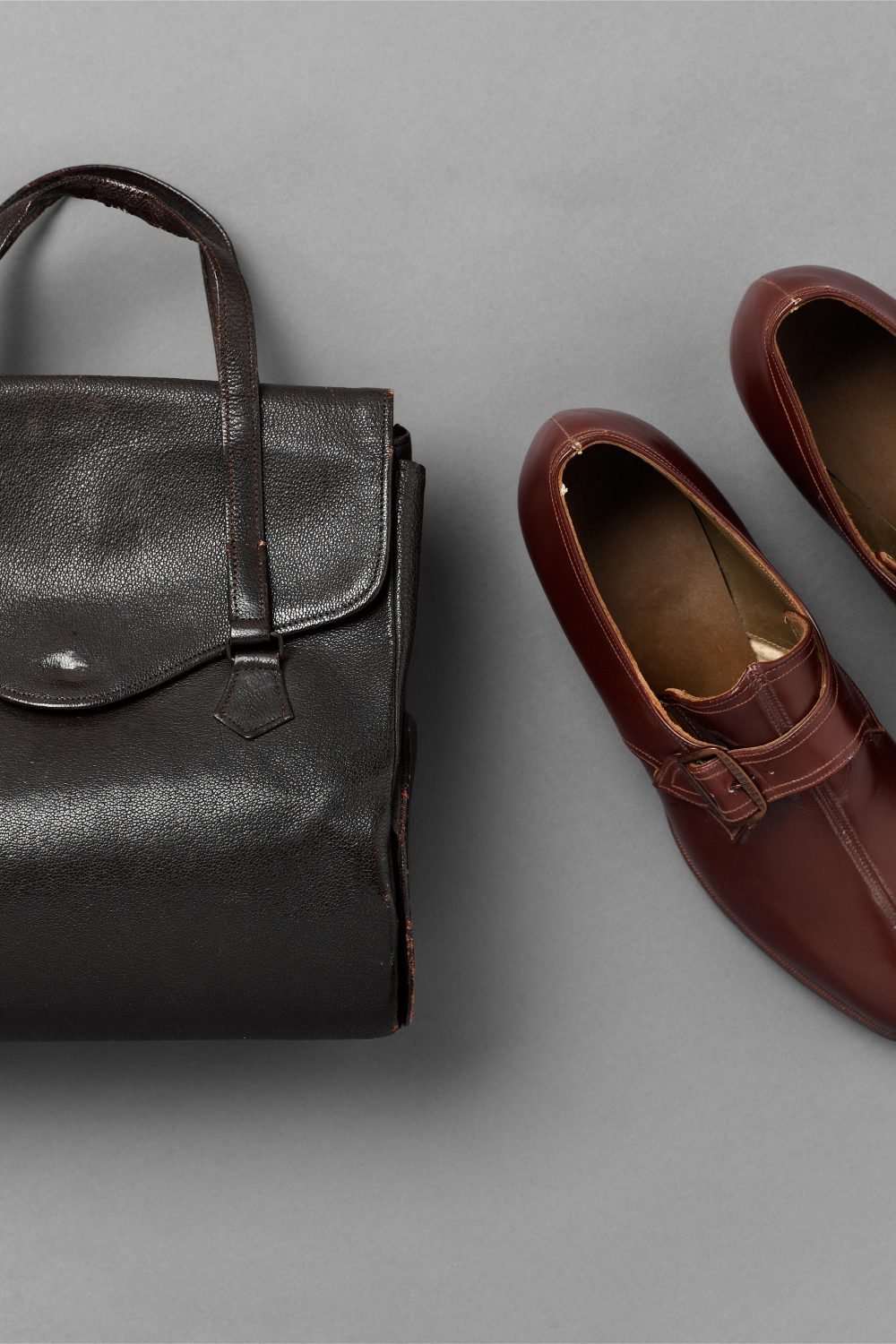 In the Second World War gas masks were introduced in answer to the perceived threat of chemical warfare. As it was compulsory to carry them in public, they were supplied in cardboard boxes with long string handles. Smarter alternatives for women were leather handbags with a special compartment for the mask, opening at the side with a press-studded lid, as here, or under a front flap, as in other surviving examples.

Shown alongside is a pair of women’s shoes, stoutly made of leather with buckled fastenings. In one of the Additional Images the leather sole can be seen, stamped with the distinctive Utility symbol designed by commercial artist Reginald Shipp who worked for the firm of Hargreaves, suppliers of manufacturers’ labels. The stylised CC 41 stood for ‘controlled commodity’. In 1941 the British Board of Trade brought in austerity regulations stipulating the quality, design and price of garments in order to make best use of labour and materials in wartime. The sole is stamped with the price, twenty four shillings and sixpence, indicating the fixed nature of pricing.