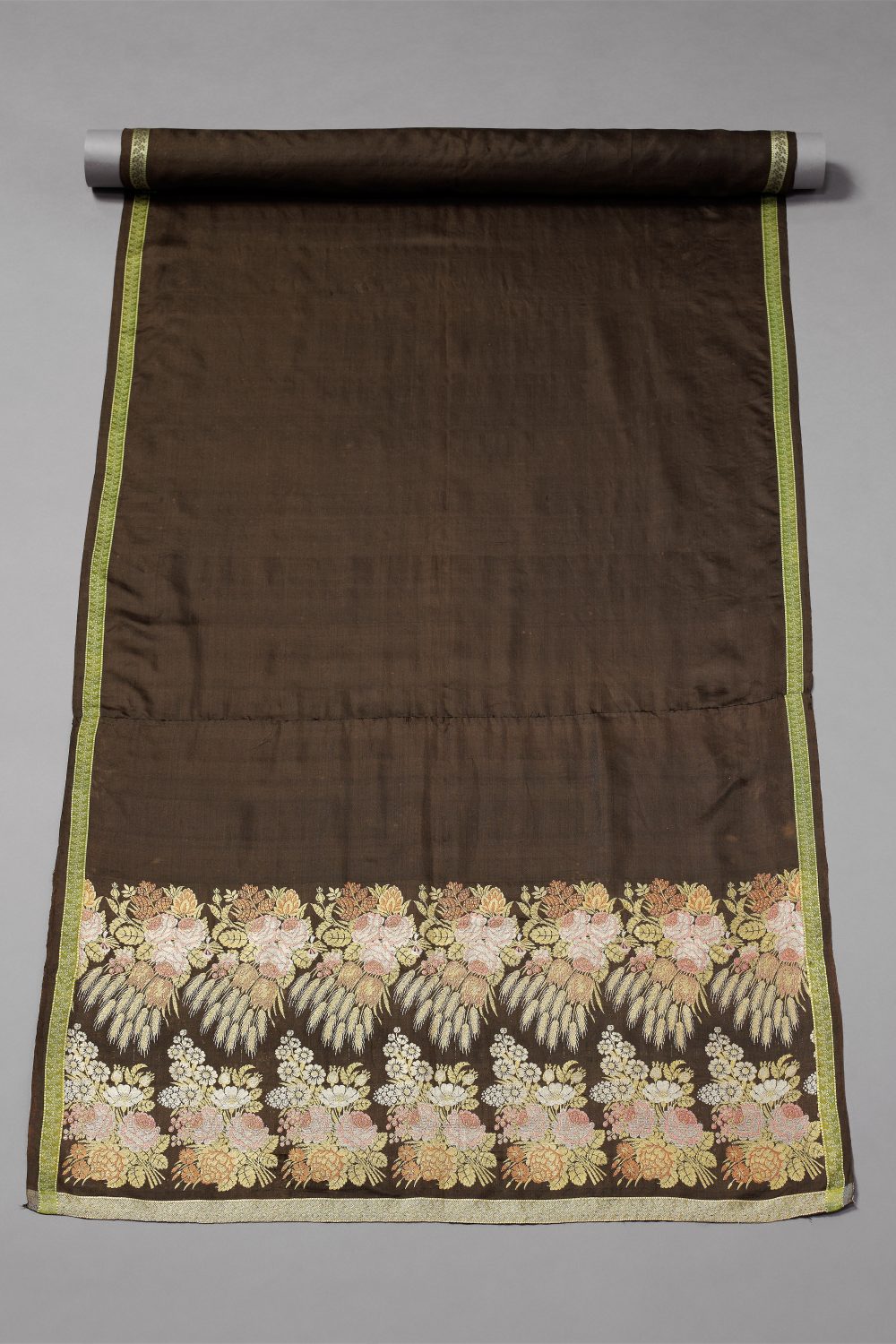 The production of luxury accessories such as the fashionable stoles of the early 19th Century was relatively widespread over a number of centres in this country and abroad, with common influences and the copying of designs sometimes making attribution problematic. This stole is likely to have been woven in the Spitalfields district of London, an area famed for its silk weaving industry, particularly after the settlement of Huguenot refugees in the late 17th Century. Thereafter Spitalfields became synonymous with magnificent, expensive silks brocaded with lively floral designs that were noted for their botanical accuracy. Tastes changed, and by the end of the 18th Century cottons and small scale patterned silks came to dominate the fashionable wardrobe, and weavers turned to luxury silk items such as stoles that were well set off by plainer garments and tapped into the popularity of Kashmir shawls. Although in a more contained manner limited to the end borders, this example retains the lively verisimilitude of the earlier silks in its sprays of wild and cultivated flowers, larch cones and (characteristically Spitalfields) ears of Wheat.

At some point in the stole’s life a short length has been removed above the border in order to repair perished silk at the other end.