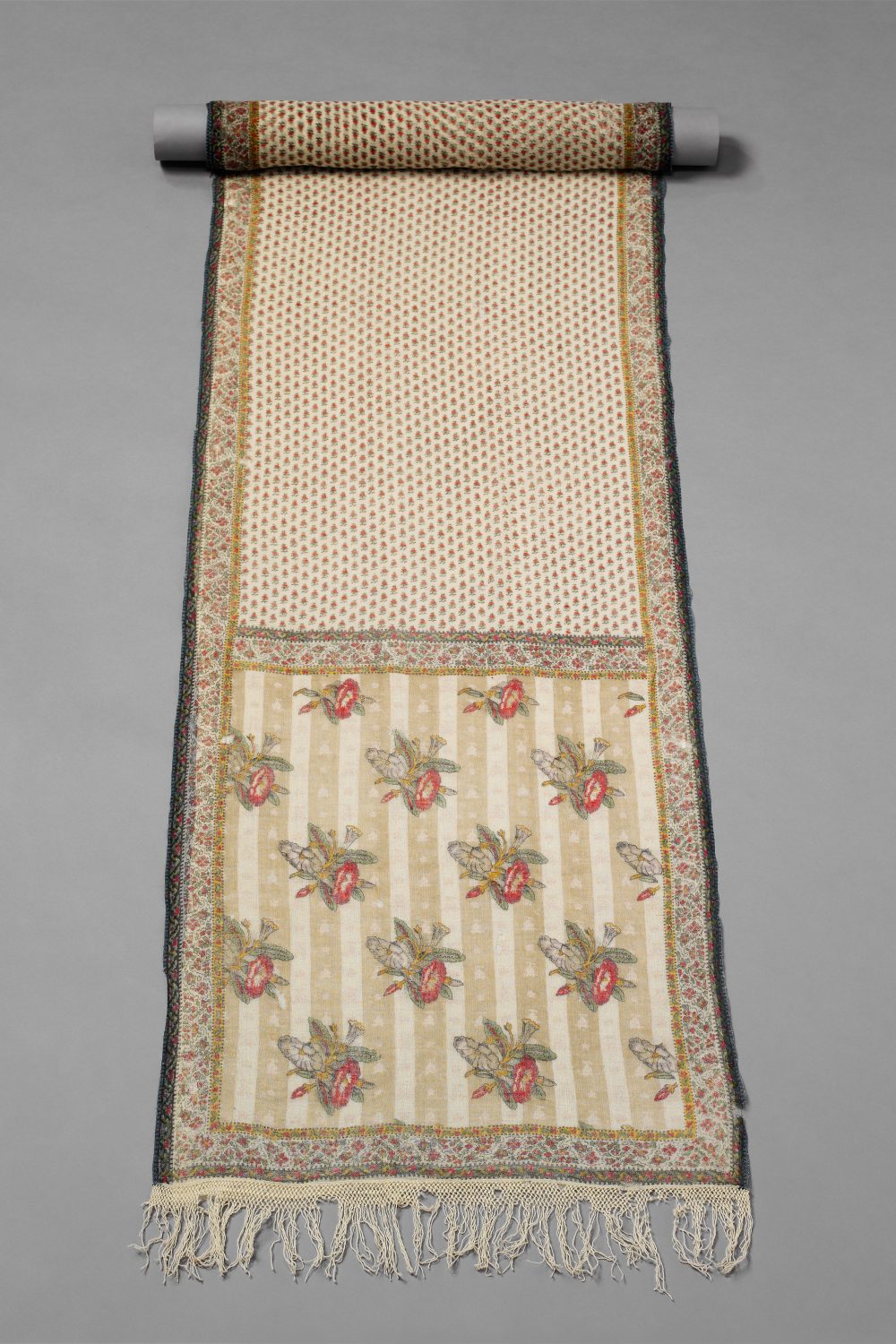 This stole of very fine wool has been block printed with a design that incorporates a contemporary interest in the botanical world into a more traditional formalised format. Accurately depicted sprays of convolvulus are placed within broad end panels that ape those of fashionable Indian stoles patterned with pine motifs. The ground of the stole is printed with the tiny, closely spaced spade design that was characteristic of earlier Kashmir shawls and their European copies. Both ground and end panels are enclosed within borders of stylised flowers, the stepped angularity of which is based upon the twill tapestry technique of these earlier Kashmir shawls.

The stole was possibly produced in Scotland which had a number of thriving manufacturers of printed and woven shawls from the end of the 18th Century.