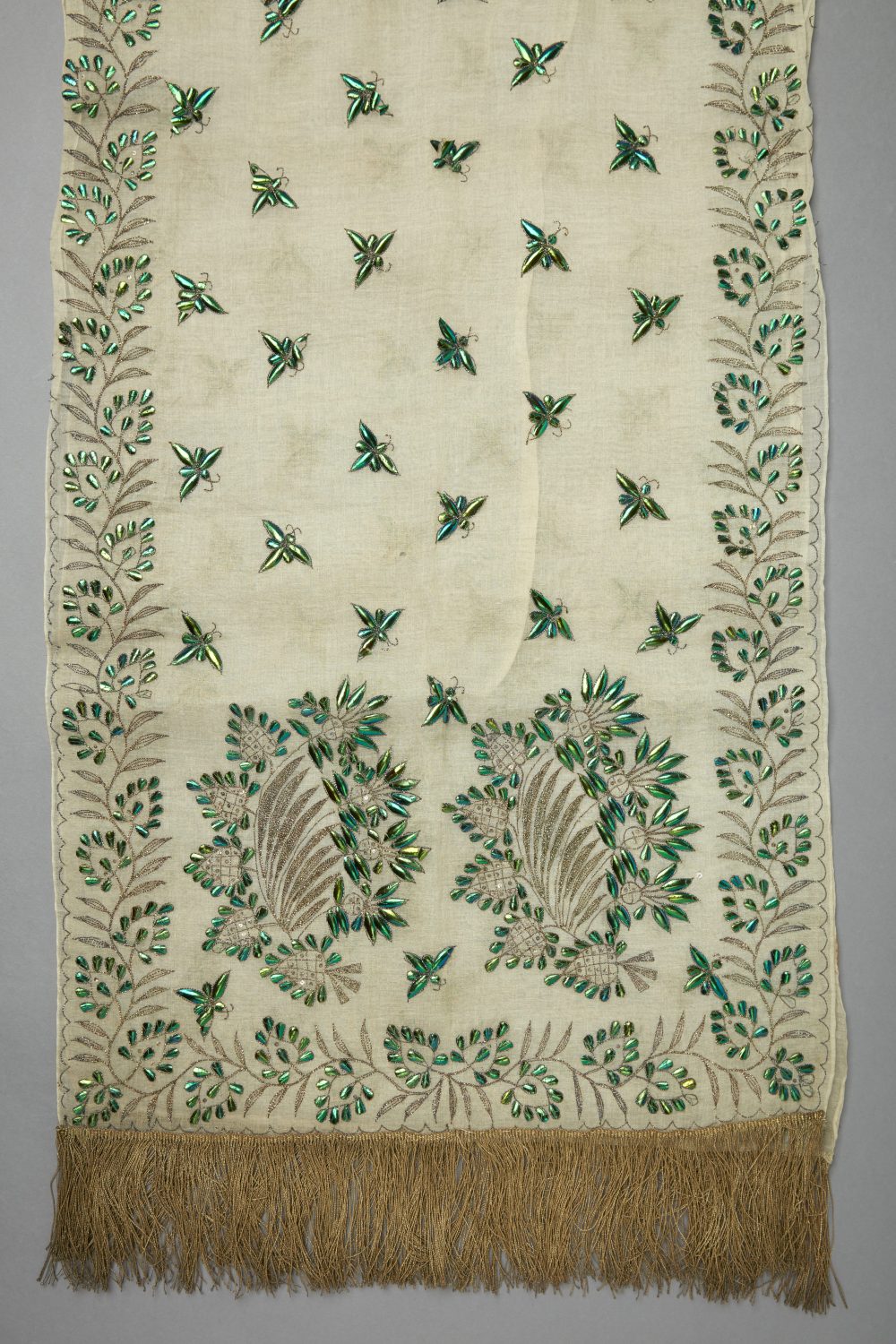 The image shows one of the end sections of a stole embroidered with what are colloquially known as ‘beetle wings’ that are in fact the protective wing cases of jewel beetles. Although these beetles were found around the world, India was particularly renowned for its trade in the wing cases and their incorporation into items of dress to satisfy the western fashion market. It is believed that this stole was embroidered in India, probably in Hyderabad or Madras, to a British design. The design evokes the distinctive curving motifs found on the broad ends of earlier 19th Century stoles that were of Indian origin or inspiration (see Additional Images for examples in the John Bright Collection). The ground of flying beetles, made from particularly fine wing cases, acknowledges the material with which they are embroidered.

The spectacular iridescence of the cases looked particularly effective when delineated into a design with silver gilt thread on a translucent ground of muslin, gauze or net, and when seen glistening in the artificial light at an evening event or on a stage. Perhaps the most celebrated beetle wing garment is Ellen Terry’s costume as Lady Macbeth designed by Alice Comyns Carr when she played opposite Henry Irving in an 1888 production of Macbeth. In 1889 she was portrayed in it by the eminent artist John Singer Sargent ( see https://www.tate.org.uk/art/artworks/sargent-ellen-terry-as-lady-macbeth-n02053) and it is now on display at her home in Smallhythe Place in Kent.

The John Bright Collection owns a number of items decorated with beetle wing cases and metallic thread, including a three piece white muslin dress of 1868-70, and a partly made up black net skirt of around 1890 with an accompanying length embroidered with collar, cuffs and a pair of lapels ready to be made up. The wing cases predominate on the earlier dress, while in the later example they take second place to its heavy gold-coloured embroidery.