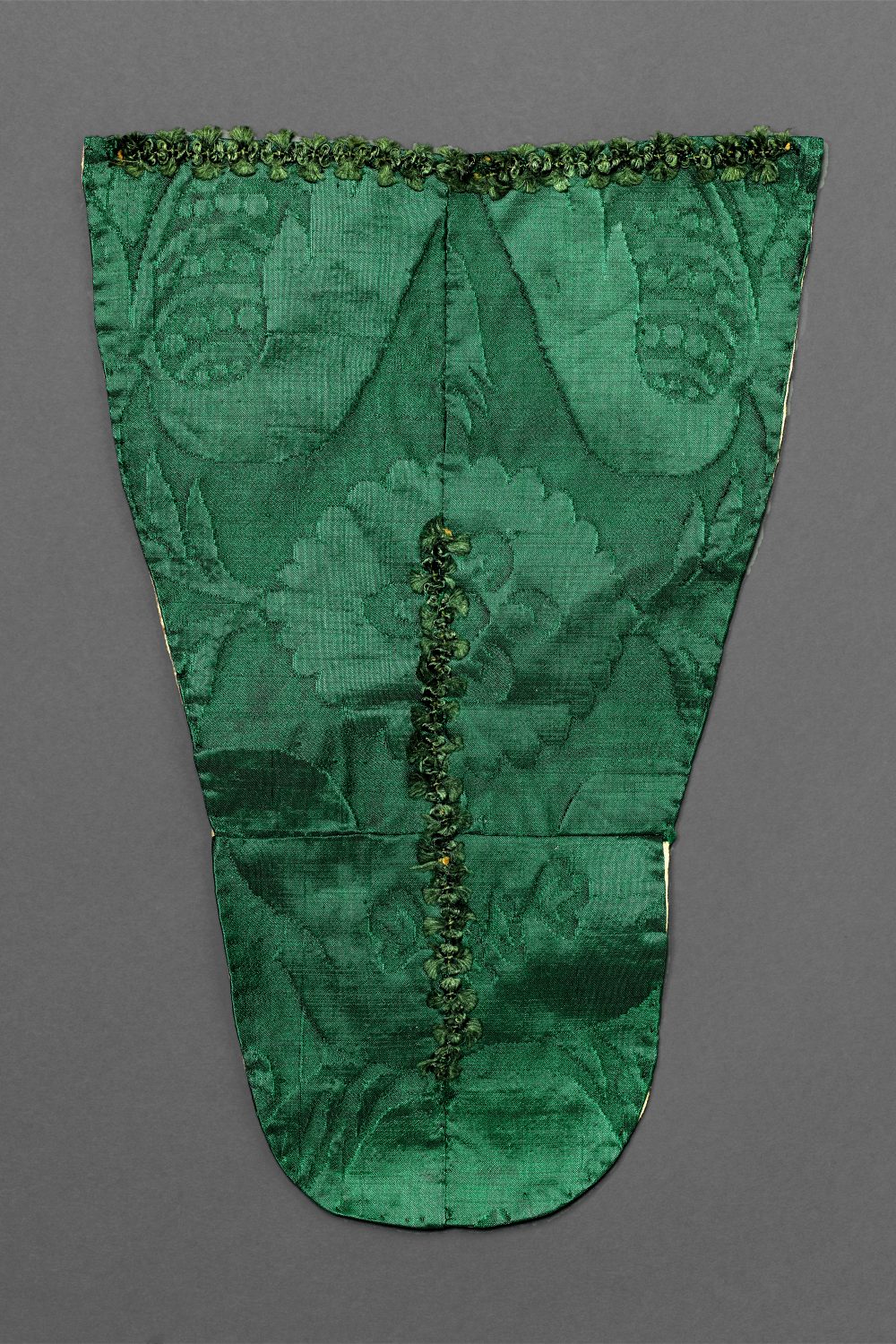 Stomachers were flat, roughly triangular pieces of fabric that were pinned or sewn over the stays to cover the area exposed by the centre front openings of the bodices of 18th Century gowns. Loose informal gowns, held in at the waist but otherwise open above and below were worn by women as comfortable alternatives to more rigid dresses from the 1660s; the centre front bodice openings, covered by stomachers, and skirt openings, revealing petticoats (underskirts) remained as vestiges until fashion moved on in the closing decades of the 18th Century. Both stomachers and petticoats were subject to current fashions, discreetly matching the gowns with which they were worn, or providing contrast and decoration.

This example is made of green silk damask, a rich yet subtle one-colour fabric, its design framed by two different weave structures, one producing a lustrous surface, the other a matt surface. It is likely to have matched the gown with which it was worn, and, comprising four pieces sewn together with an eye for symmetry, was probably made from offcuts of the expensive fabric. It is simply trimmed with matching braid incorporating loops and tufts of floss silk, and is backed in linen. 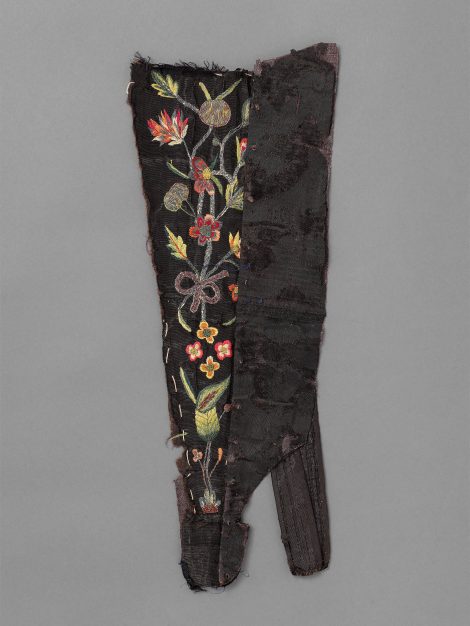 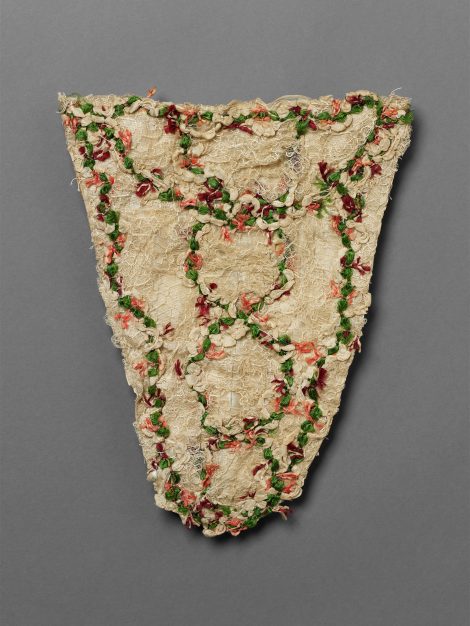 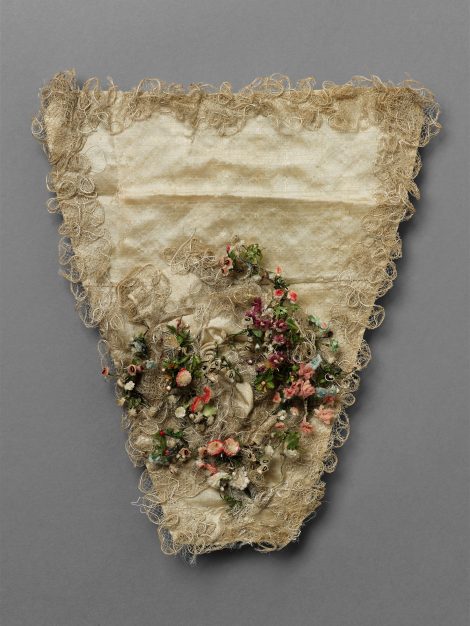