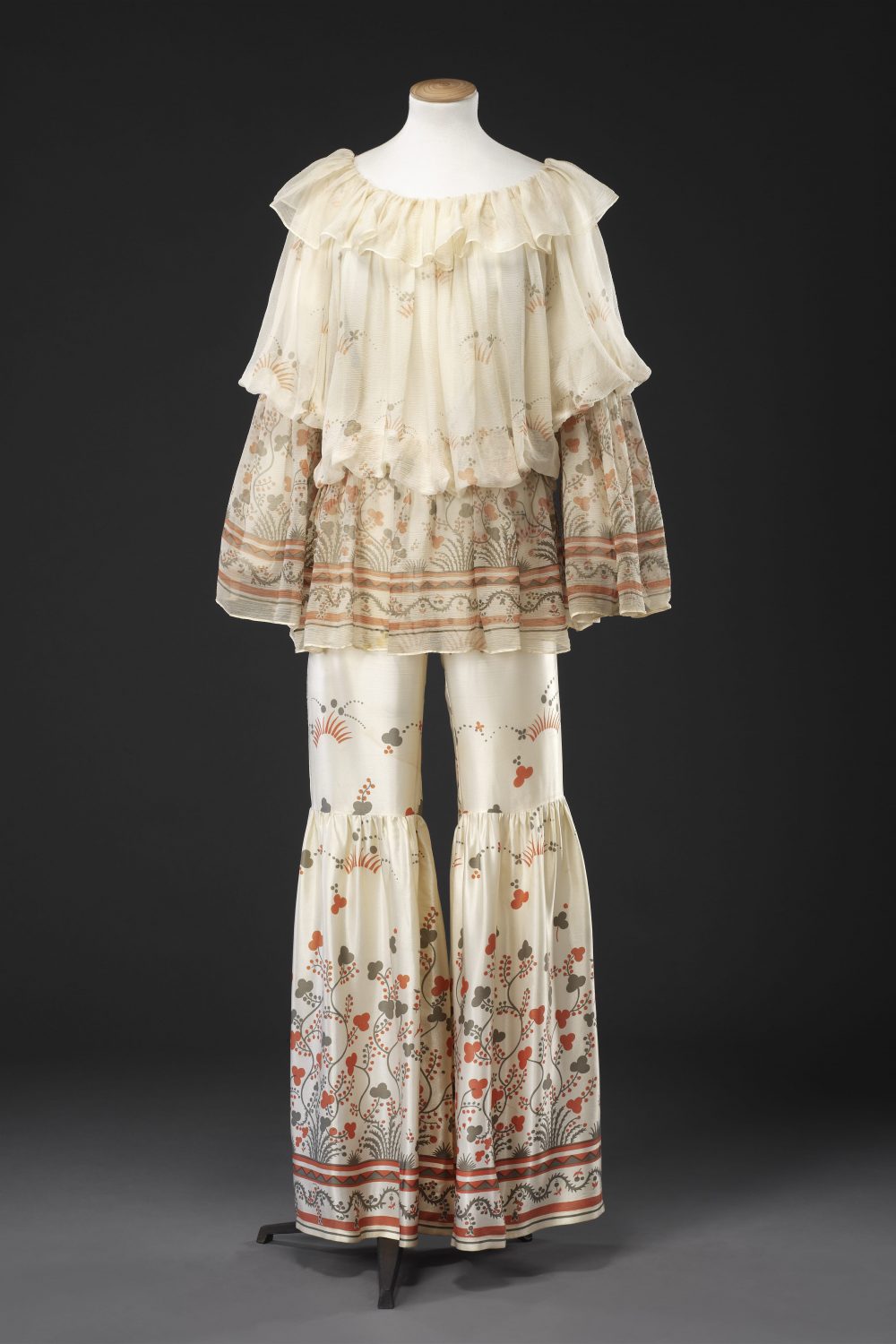 Ossie Clark was one of the most distinctive and celebrated designers of the late 1960s and early 1970s, whose clothes were modelled and bought by London’s most fashionable set. A vital element of the success of his garments was the innovative printed fabrics from which many were made, designed by his wife Celia Birtwell whom he had met in 1959.

This outfit of chiffon tunic top and matching satin trousers was known as the ‘Nude Look’ as nothing was meant to be worn beneath the almost transparent fabric of the top. It was available, for the not inconsiderable price of 21 gns, at the boutique Quorum for whom Clark designed. The outfit became one of his best known creations when it was chosen as Dress of the Year at the Museum of Costume, Bath by Prudence Glynn, fashion editor of The Times in 1969. Glynn wrote in The Times that it ‘exemplifies the 1969 look at its most appealing and its most subtle… it has complete originality and a sympathy of taste which women have a right to expect from a dress designer. Ossie Clark is, I believe, in the world class for talent.’

The fabric design ‘Monkey Puzzle’ was said by Celia Birtwell to have been inspired by the stylised flowers and foliage that she had seen in medieval tapestries in the Victoria and Albert Museum. Birtwell also acknowledged her debt to the costume designs of Diaghilev’s Ballets Russes, and the influence of Léon Bakst’s classical Greek costumes for L’Après Midi d’un Faune’ can be discerned here. Well publicised auction sales of Ballets Russes costumes, designs, and other material took place in London in 1967 and 1968.