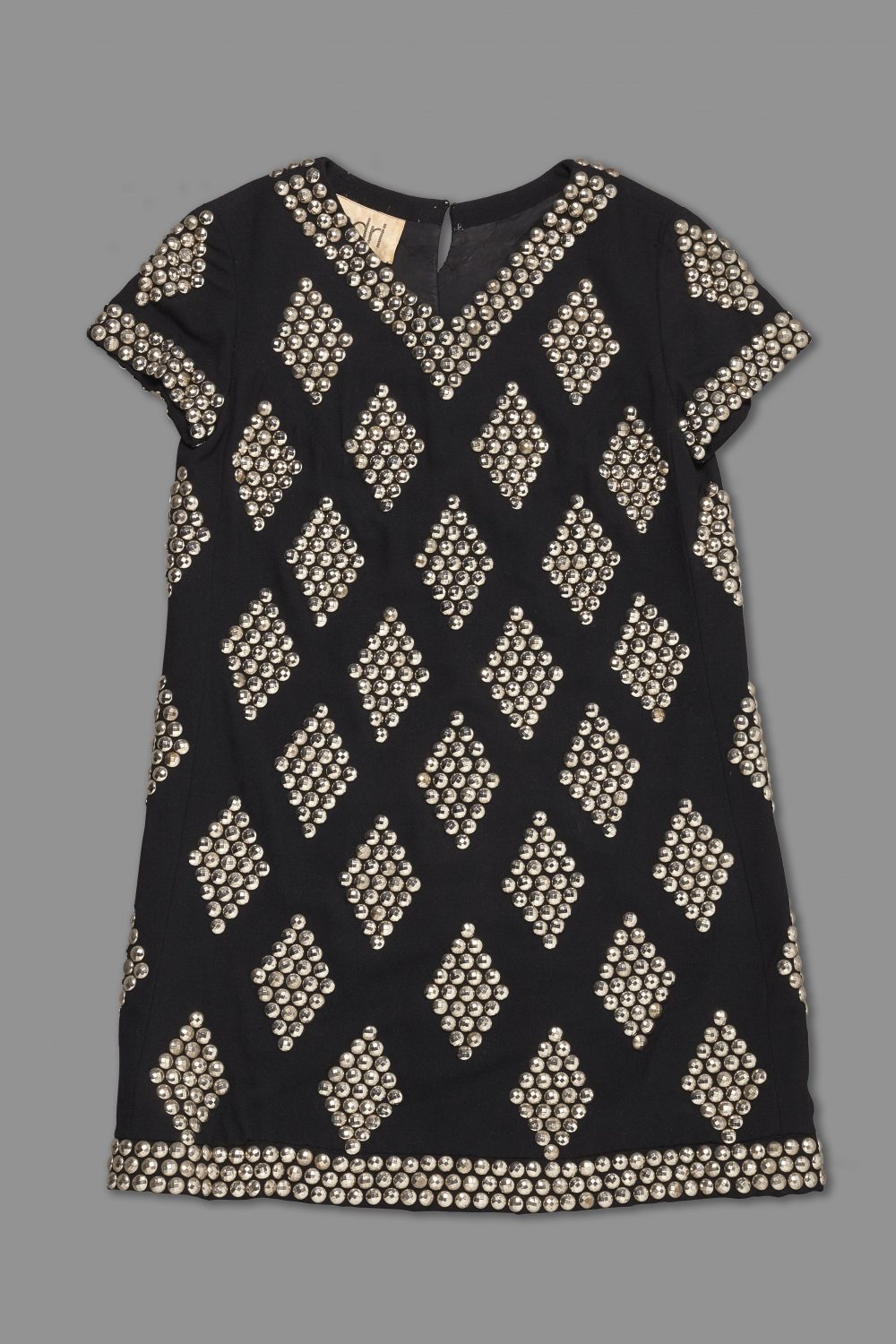 Adri was the label of American designer Mary Adrienne Steckling, who was born in 1934. From her time at the Parsons School of Design in New York she was strongly influenced by Claire McCardell who, from the 1930s until her death in 1958, brought an informal character to women’s clothing that was both chic and comfortable.

Steckling launched the first collection of her company Adri Designs in 1966. This tunic or minidress (skirts had become very short by this time) appears to be an early design, contemporary with an outfit in a press photograph of 1967 comprising a jersey top and shorts, the top also patterned in metal studs in a large scale diamond trellis. The allover diamond stud pattern of this garment makes it very heavy, somewhat contradicting her claim of producing easy to wear clothes. Steckling was no doubt aware of the work of Parisian couturier Paco Rabanne who from 1966 was using rigid non-fibrous components such as plastic and metal to give a futuristic space age look to his collections.