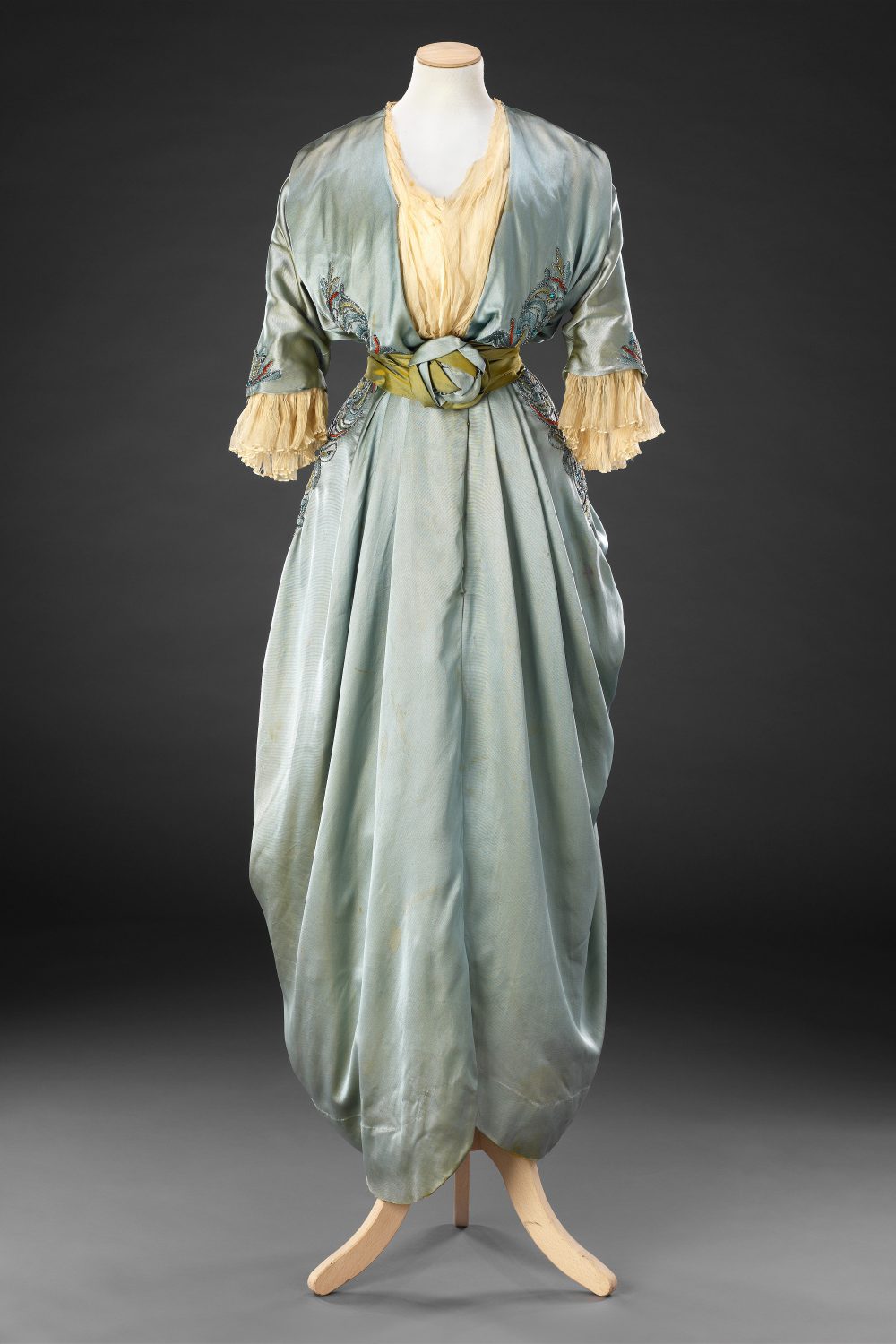 Like other Liberty garments in the John Bright Collection these two dresses of around 1913 (See Related Item), create a clever balance between the traditional characteristics of Artistic Dress with their fluid, softly coloured fabrics, upon which the Liberty style was based, and the contemporary fashion for ‘hobble’ skirts, narrowing to the hem, that restricted movement. Liberty’s customers wanted to look cultured and creative rather than eccentric.

The two dresses rely for interest upon the draping of high quality silks and appear relatively unadorned but for their areas of embroidery. With an interest in antique and imported embroidery from its inception as a department store in 1875, Liberty had built up a reputation for distinctive handwork based on stylised flowers and foliage, Celtic motifs, and rural smocking, and had established embroidery workrooms by the end of the 19th Century. Their customers were able to buy embroidered items in their shop or from the company’s mail order catalogues; designs were also available to be worked at home. While Liberty’s clientèle needed to be reasonably affluent to afford their clothes, the cost of these garments depended upon the quality of the fabric and the amount and complexity of the work involved in their construction, as these two dresses demonstrate. The dress seen as a Related Image has been embroidered on each shoulder and on its belt buckle with stylised foliage in one colour, slightly paler than that of the silk fabric, and in one type of stitch. The second dress, seen in this image, is made of light green-blue silk shot with an acidic shade of greenish-yellow creating a subtle shimmer; the sash is cut from the reverse of the silk to form a contrast, with both sides used for the central rosette connecting dress and sash visually. However, it is the embroidery that particularly marks this dress out as a sophisticated garment of the highest standard and superior in quality to the first dress; substantial areas on the front and back of the bodice, the sleeves and at the top of the skirt have been worked in a design of scrolling foliage in light green-blue silk thread into which have been incorporated greenish-yellow, to echo the colours of the shot silk, and flame-red threads to add contrast. Tiny blue and bronze beads outline the design that is scattered with small blue pastes simulating coloured stones. 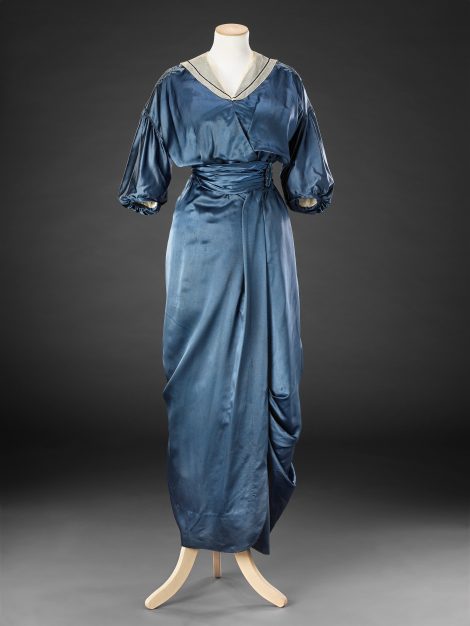