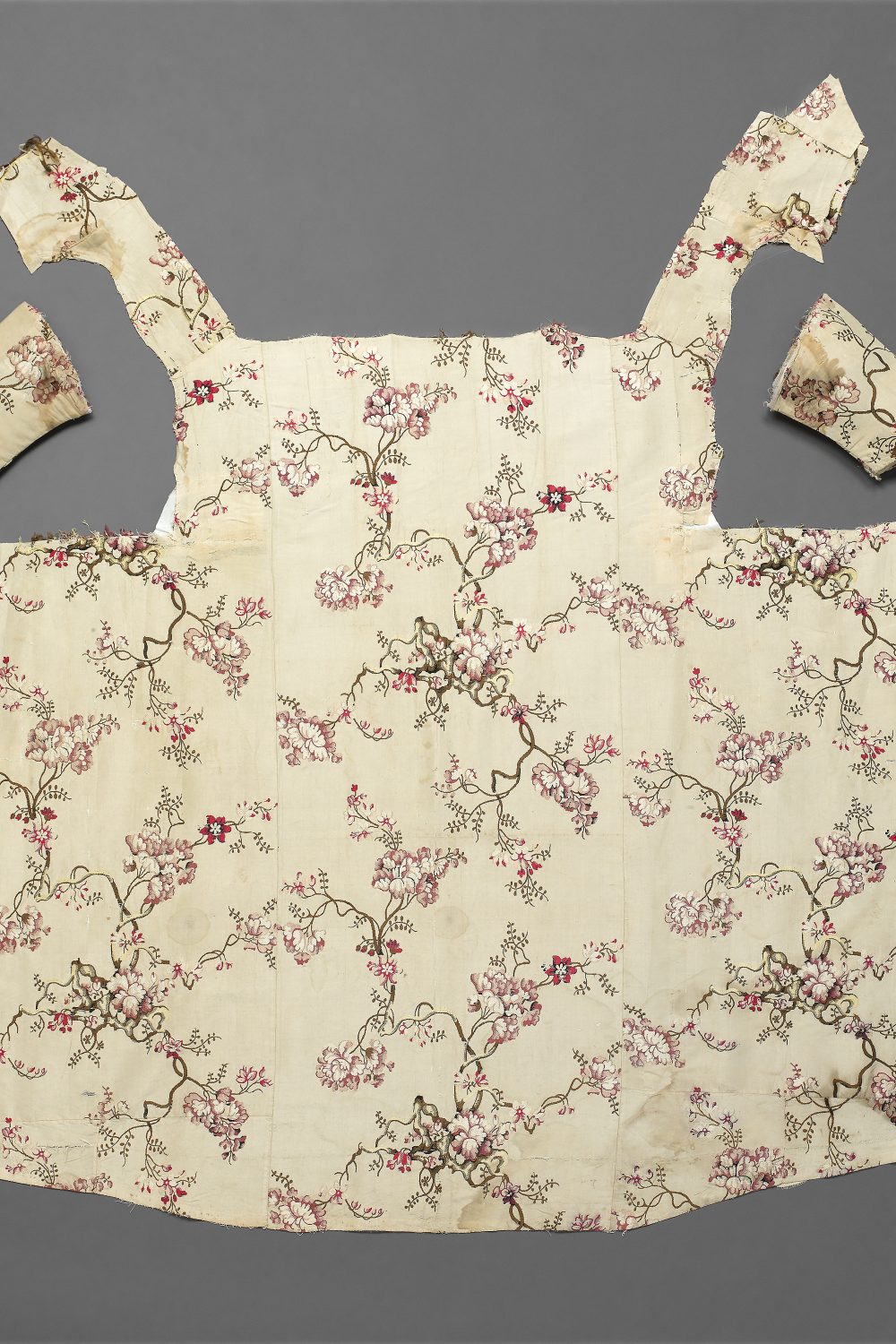 At some point it its life this gown has been largely unpicked to become a flat piece of fabric, enabling the cut of the garment to be seen clearly. The central area of the silk was originally the back, with the front bodice pieces still attached, and the side and front skirts on each side. The centre front of the gown would have been worn open, revealing the stomacher, a triangular bodice insertion, and an underskirt, known as a petticoat. The detached sleeves have been remade at a later date.

This style of gown was known as a sack, characterised by its loose pleats falling from the back neckline.

The real interest of this garment, however, lies in its brocaded silk, designed by Anna-Maria Garthwaite, an eminent freelance designer of silk textiles from the late 1720s to 1756, renowned for the lively naturalism of her botanical work. The original design, now in the Victoria and Albert Museum, London, is dated August 28, 1740, and was sold to Captain Lekeux, one of the most important Huguenot master weavers in London, specialising in the production of very high quality fabrics.

Two other examples of silk woven to this design survive, a panel in the Royal Ontario Museum Canada, and another in the Victoria and Albert Museum. It has been suggested by the authority on 18th Century silks, the late Natalie Rothstein, that these two panels, which have corresponding narrow frills just above the bottom edge, formed the original petticoat to this gown, as only a limited quantity of such time-consuming, highly-skilled work would have been produced. 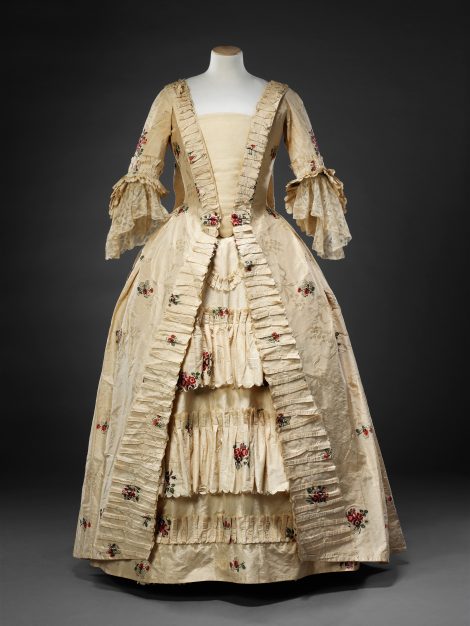