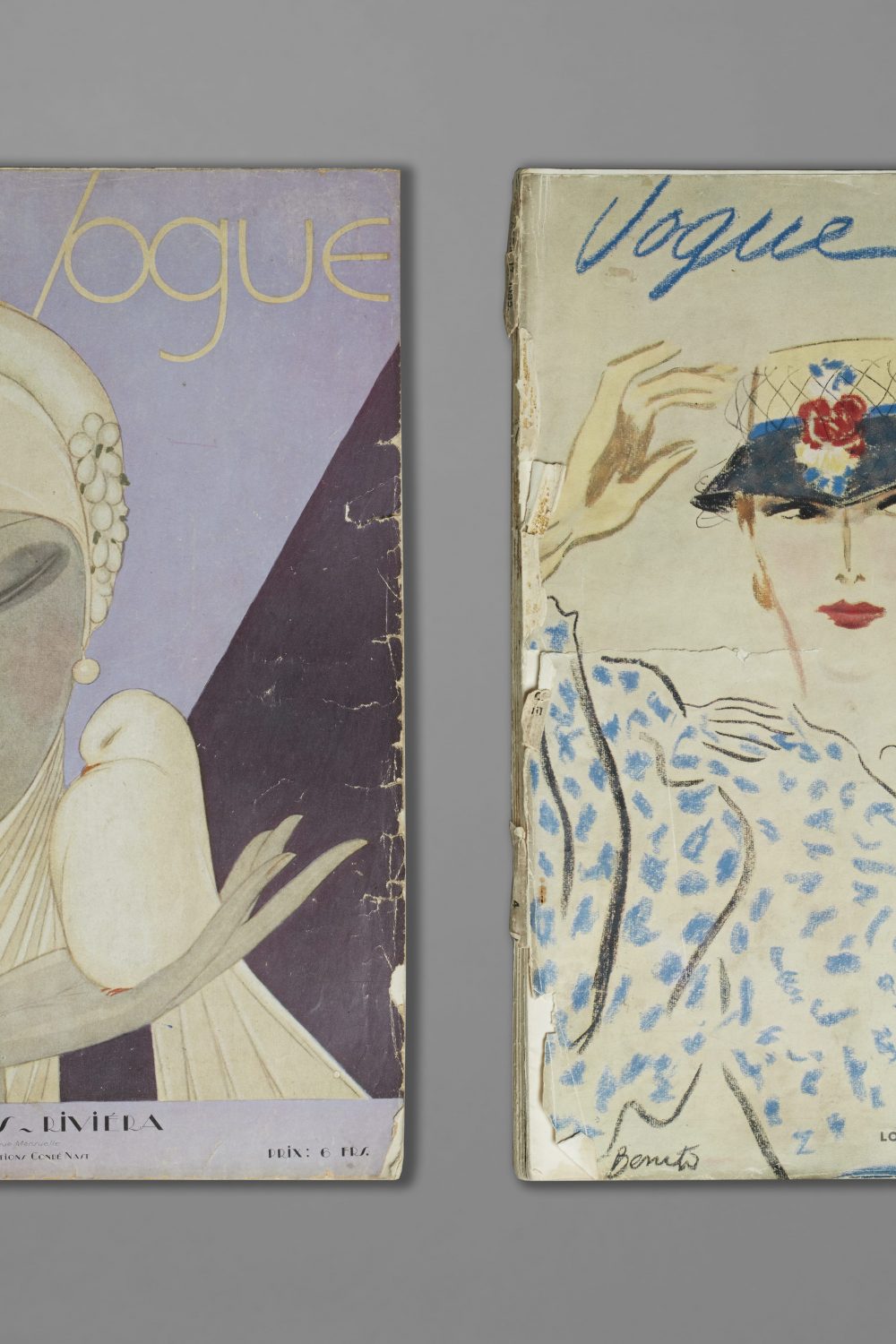 The magazine Vogue, published by Condé Nast, was the preeminent disseminator of high-class fashion to the public from the early 20th Century. Recognising that a magazine was sold by its cover, Condé Nast employed talented graphic artists and, later, photographers to produce stylish and witty covers reflecting the artistic trends of the day. Adventurous in their composition and colouring, these covers often incorporated humour in the form of visual puns, of which the masthead was a part, – a far cry from the formulaic shots of celebrities and supermodels today.

Amongst Vogue’s stable of regular contributors was designer of these two covers, Eduardo Benito (1891-1981). Benito, a Spanish illustrator and painter, lived and trained in Paris from 1912, and the style of his many Vogue covers from 1921 was indebted to the artistic milieu in which he worked. Those from the 1920s were strongly influenced by the elongated figures, simplified features and flat planes of artist Amedeo Modigliani. This cover of 1927 borrows directly from the sculptor Constantin Brancusi’s non-naturalistic head of Mlle Margit Pogany, first exhibited in 1913, with its large blank eyes, tiny mouth and smooth oval face inspired by ‘primitive’ art. During the following decade his looser, sparer, more painterly style continued to produce images of great impact. The cover of April 1935 (right) is lively, the woman caught leaning back slightly to adjust her hat in an unseen mirror to her left.