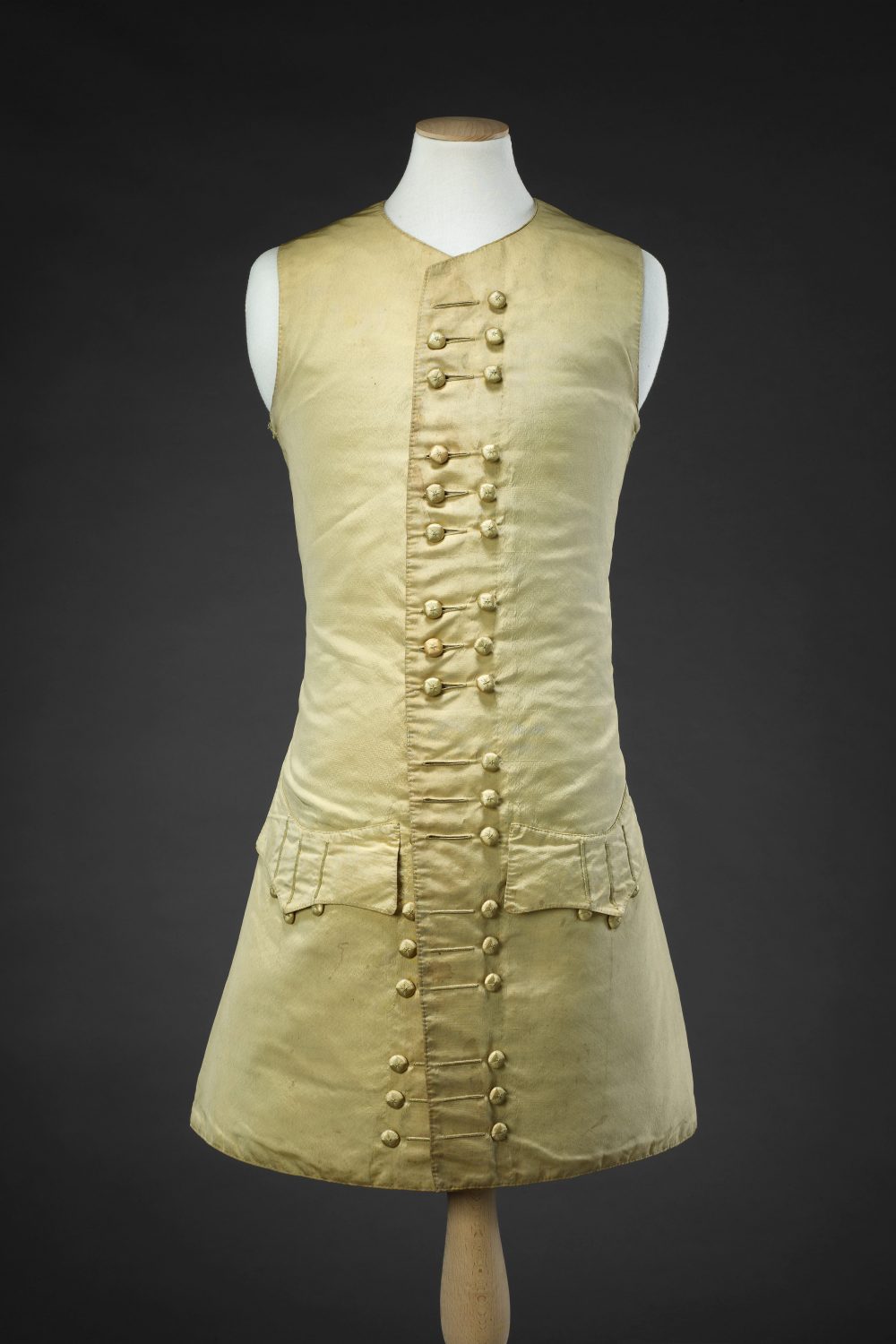 Probably the earliest waistcoat in the John Bright Collection this example of pale yellow finely ribbed silk is long and slim in line, fitted to the body, its skirt, cut in four unseamed sections that are steeply angled at the sides, flaring from waist to hem. The pocket flaps are large and set low in the front of the garment; the double breasted fastening has eighteen pairs of domed wooden buttons covered in matching silk thread arranged in six sets of three from neck to hem, the button holes are functional only to pocket level. The body is lined in linen, the skirt section in pale yellow silk twill. Unlike many later waistcoats the back is of the same fabric as the front, and is fitted to the body, not with the help of pairs of tapes but with a centre back seam that has become strained and repaired some time later. The West Country family to whom the waistcoat originally belonged appear to have used some items of their collection as fancy dress in the 19th Century. A waistcoat of this date was worn with a slightly longer coat that had an even more pronounced flare to a stiffened skirt, and breeches; these could be contrasting in colour and fabric, or matching to form a suit. It would not have been considered acceptable in polite society to wear a waistcoat uncovered, even in an interior setting, although it has been suggested that examples all of one fabric such as this could be worn at home informally.