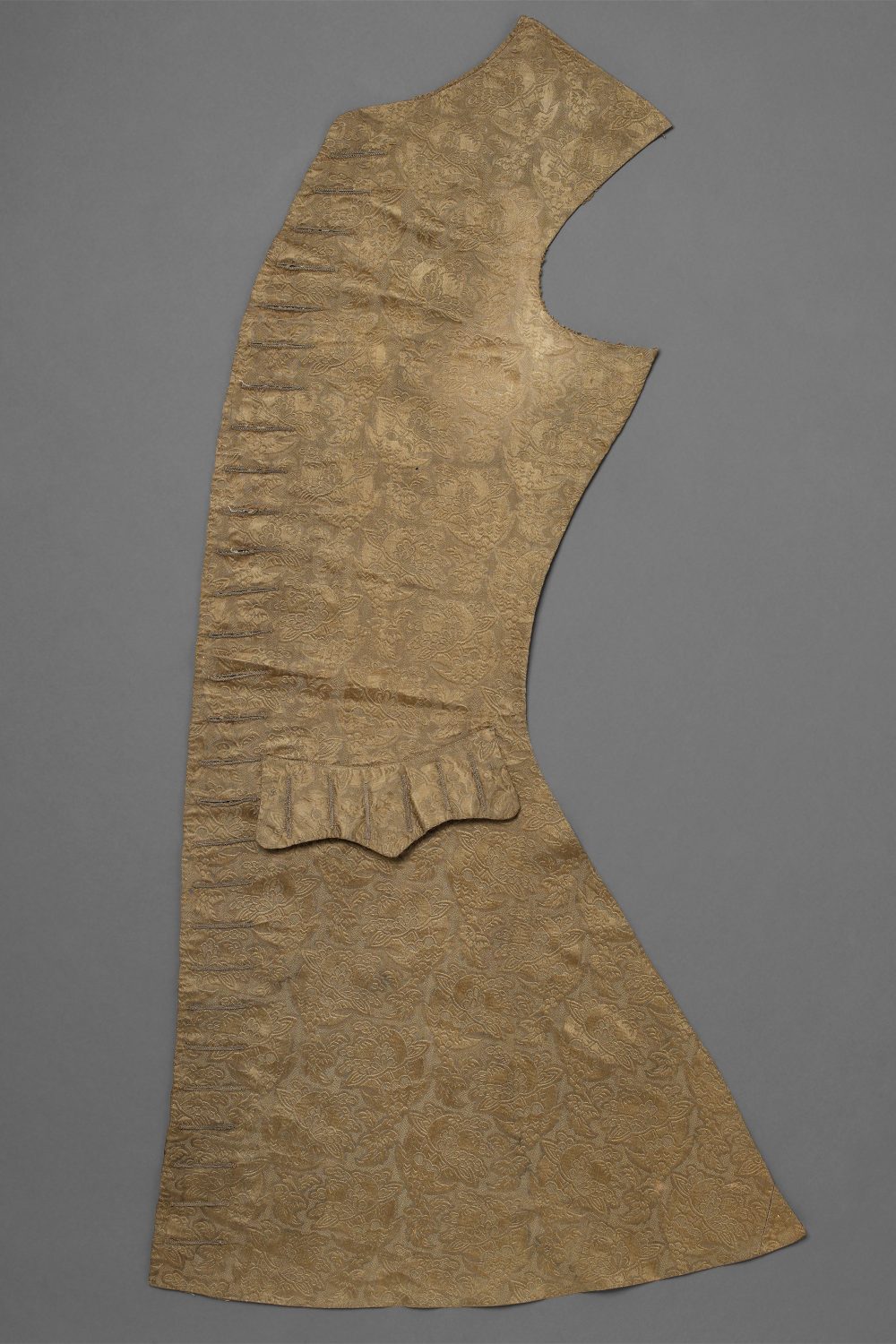 This front panel is all that remains of a once fine waistcoat. Its seam lines bear fragments of the original stitching thread, and a band of coarse linen runs down from the shoulder along the inner side of the front border to the hem; the internal pocket and all other linings and interlinings are gone. What remains, however, demonstrates the long, waisted, full-skirted shape of waistcoats of this date before they were to shorten and lose width in the skirt over the following decades. The silk was identified as woven in France for the men’s suiting market around 1735-1740 by the late authority on 18th Century silks, Nathalie Rothstein. Silk was purchased from a mercer stocking a range of imported silks (those of the French silk industry, centred at Lyon, were considered the most prestigious) along with those woven in the Spitalfields district of London. This would be taken by the customer to his tailor to be made up according to the fashion and his personal requirements. Waistcoats did not necessarily match the coats and breeches with which they were worn, many formal examples being elaborately embroidered or trimmed with metallic braid, known as lace, at their borders; however, the overall design of this silk points to the likelihood of it having been part of a matching three piece suit. A suit of this type, though slightly altered, can be seen in the Victoria and Albert Museum’s collection (See https://collections.vam.ac.uk/item/O127140/coat-unknown/?carousel-image=2015HU0770). Also made of French silk, contemporary with that of our waistcoat, the skirt of the coat is stiffly held out with buckram, horsehair and wool interlinings.