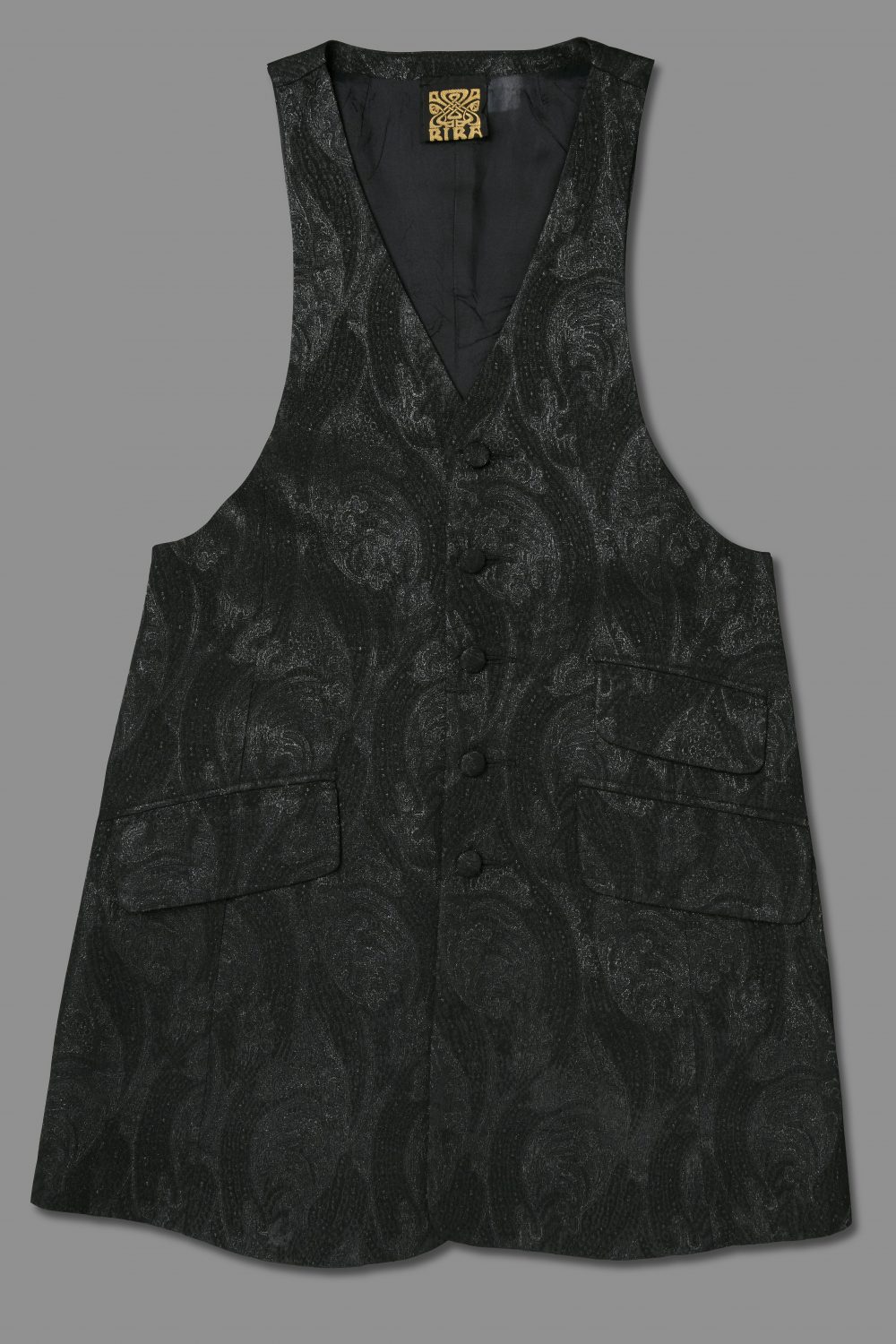 Following the great success of her Kensington Church Street boutique Biba, the designer Barbara Hulanicki expanded her business into a larger shop on the north side of Kensington High Street in September 1969. In addition to her sought-after women’s wear, she now had room for new departments of men’s and children’s wear and home furnishings.

This waistcoat is an early example of a Biba man’s garment. With its long flared body and exaggeratedly cutaway armholes that greatly reduce the width of the chest it is immediately recognisable as a Barbara Hulanicki design. Apart from the direction of the fastening of the covered buttons, the waistcoat is closely based upon a style already sold to women through the Church Street boutique and the mail order catalogues of 1968 and 1969, and which continued to be stocked with slight variations until the demise of the Biba department store in 1975. Neither the cut nor the fabric, woven with fine silver thread to produce a swirling abstract pattern, conform to the norms of masculine clothing, but are in tune with the romantic, androgynous styles worn by fashionable young men of the time.