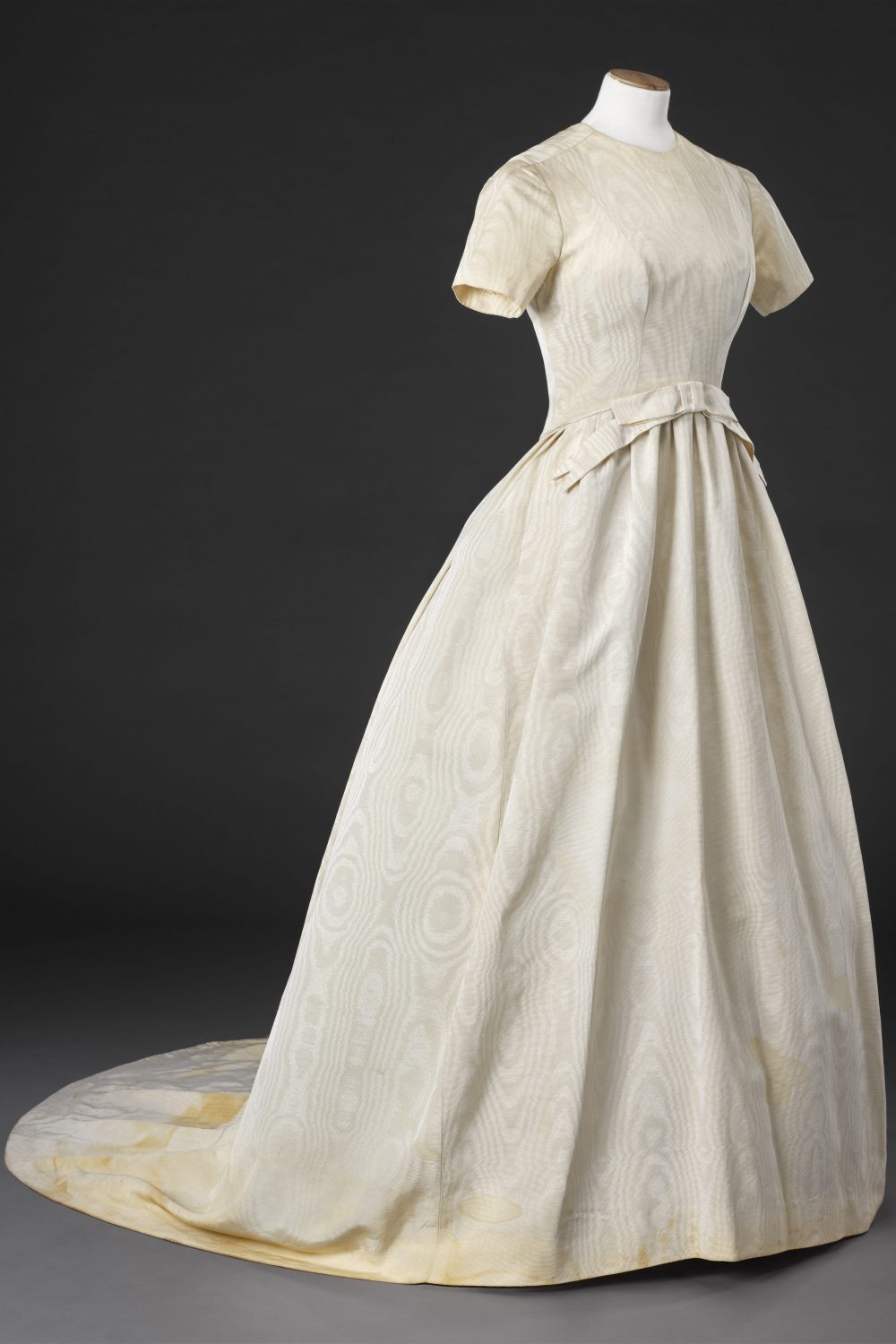 This dress was worn by Felicity d’Abreu at her marriage to Charles Crosland in 1959. She was named Bride of the Year by Harper’s Bazaar and photographed for the magazine by Tom Kublin.

Like those of her contemporaries who could afford to do so, she patronised one of the top London couturiers whose wedding dresses formed an important element of their output. John Cavanagh trained under Edward Molyneux and worked at the Paris house of Balmain before opening his own business in 1952. His later wedding gowns for the royal brides Katharine Worsley in 1961 and Princess Alexandra in 1963 shared the same elegant simplicity as that of Felicity Crosland.

The dress is made of heavy moiré silk to give it a sculptural quality; its bodice is demure with a high neckline and plain short sleeves. The flat bow at the waistline (a fashionable feature of the time) and the slanted waist seam follow the line of the back of the skirt down into its short curved train.

The taffeta lining is joined to the dress at the waist only. Its bodice section is boned, and has at the top of the centre front a small ribbon bow which has probably faded from blue, the traditional bridal ‘something blue’. The skirt section is covered with many layers of stiffened net attached at the waist to produce the distinctive shape of the skirt, adding to the already considerable weight of the gown.