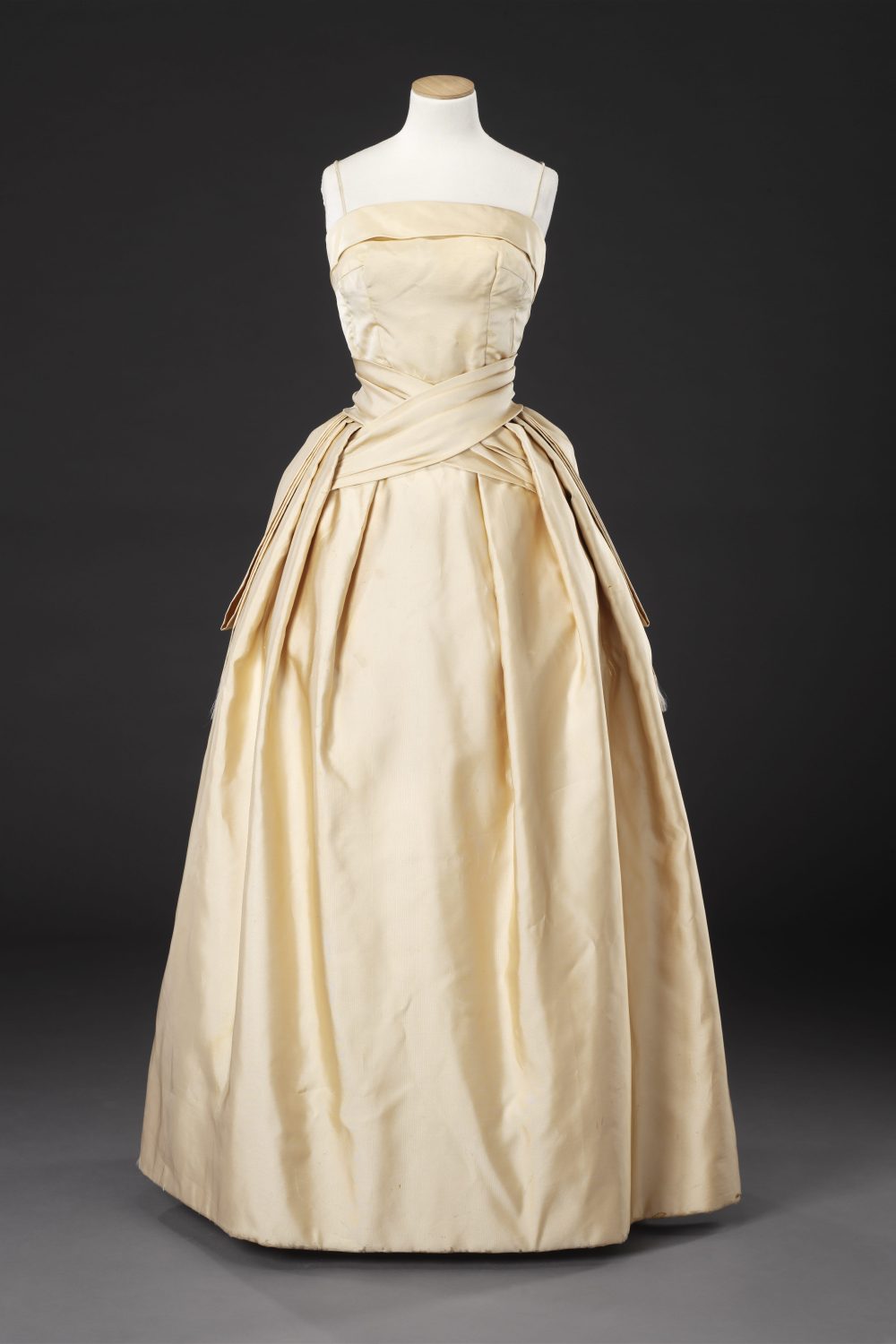 This evening dress was worn by Hermione Harris, later an eminent anthropologist, during her season as a debutante. It was made by the dress designer Jane Ironside, and followed the aesthetic of late 1950s and early 1960s evening and wedding dresses in its sculptural simplicity of heavy silk enlivened by one or two particular points of interest – in this case the unusual sash and belt. (See Related Item). It comprises four pieces: a boned bodice with shoestring shoulder straps; a heavily lined and interlined skirt, deeply pleated into the waistband with pads beneath to hold it out; a belt with two pairs of overlapping looped and fringed side panels; and an unlined sash that wraps around the waist from the back to cross over at the front, fastening beneath a deep pleat on each side.

Although the long-standing tradition of presenting well-connected girls to the monarch at court had been discontinued in 1958, the practice of launching debutantes, or debs, as they were known, into the adult world of high society continued. It had also been looked upon as a marriage market, but a number of the debutantes of this time, including Hermione Harris who was educated at St. Hilda’s College Oxford, went on to have distinguished careers. By the early 1960s the process had become primarily a round of cocktail parties and dances given by the girls’ families; the prestigious Queen Charlotte’s Ball, at which the debs curtsied to a cake representing the 18th Century consort; and attendance at Royal Ascot, Henley Regatta, and other highlights of the London season. These occasions required extensive wardrobes of day and evening clothes and accessories, that, according to the families’ means, were either bought or made. Hermione Harris went to Jane Ironside for this dress, one of a number of designer dressmakers who specialised in bespoke evening and wedding dresses for debs and former debs. However, as professor of fashion at the Royal College of Art from 1956 to 1968, her impact on fashion was greatest as the mentor and teacher of such creative stars of ‘Swinging London’ as Foale and Tuffin, Zandra Rhodes and Ossie Clark, all of whom raised the status of British fashion internationally. Ironside’s husband Christopher taught art at his aunt’s school, Miss Ironside’s School in South Kensington, where daughters of well-born and cultured families, many later becoming debutantes, received an exclusive and progressive education. 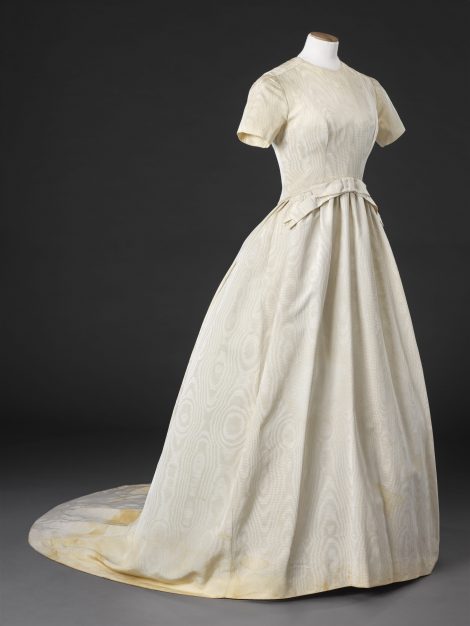