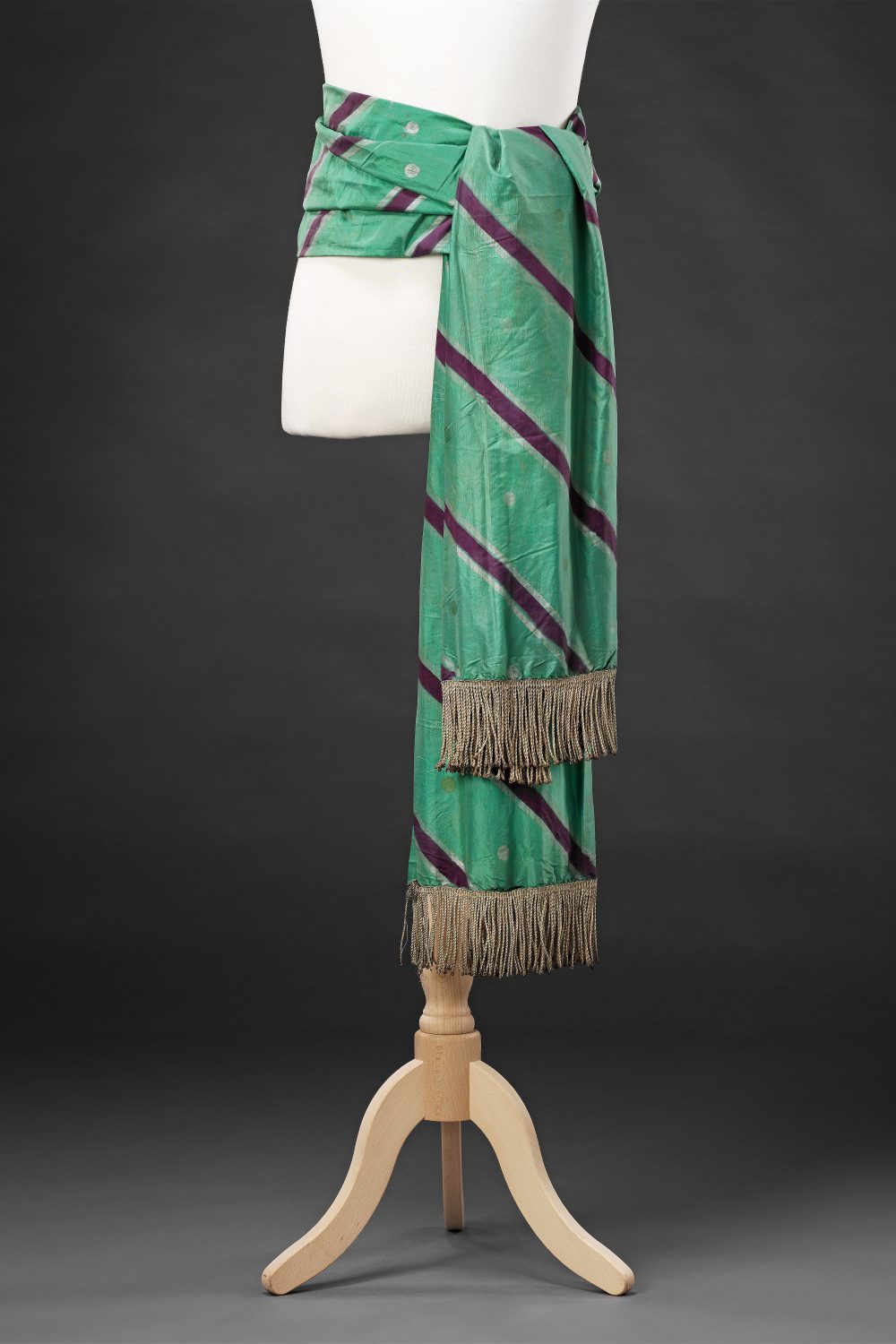 This sash is sadly now separated from its original costume for a knight of the court, designed by Alexandre Benois for the Ballets Russses’ production Le Pavillion d’Armide. The vivid green silk is painted with diagonal stripes, outlined in silver, and silver spots; each end is weighted with metallic fringing. The tacked on label (See Additional Images) is characteristic of those found in the company’s costumes at this period, handwritten in ink, with the name of the production underlined and the character beneath. Some also include the scene in which the costume appears, and the name of the dancer. The sash is also stamped with a German customs stamp reading ‘Direktion des Russischen Balletts Sergei von Diaghilews’. These are frequently seen on the linings of Ballets Russes costumes dating between 1909 and 1912. 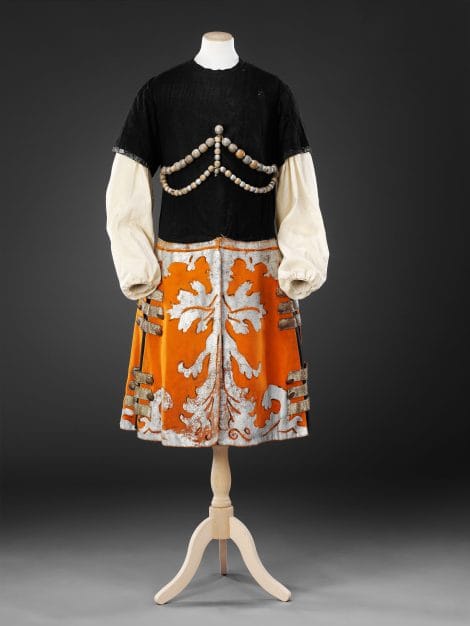