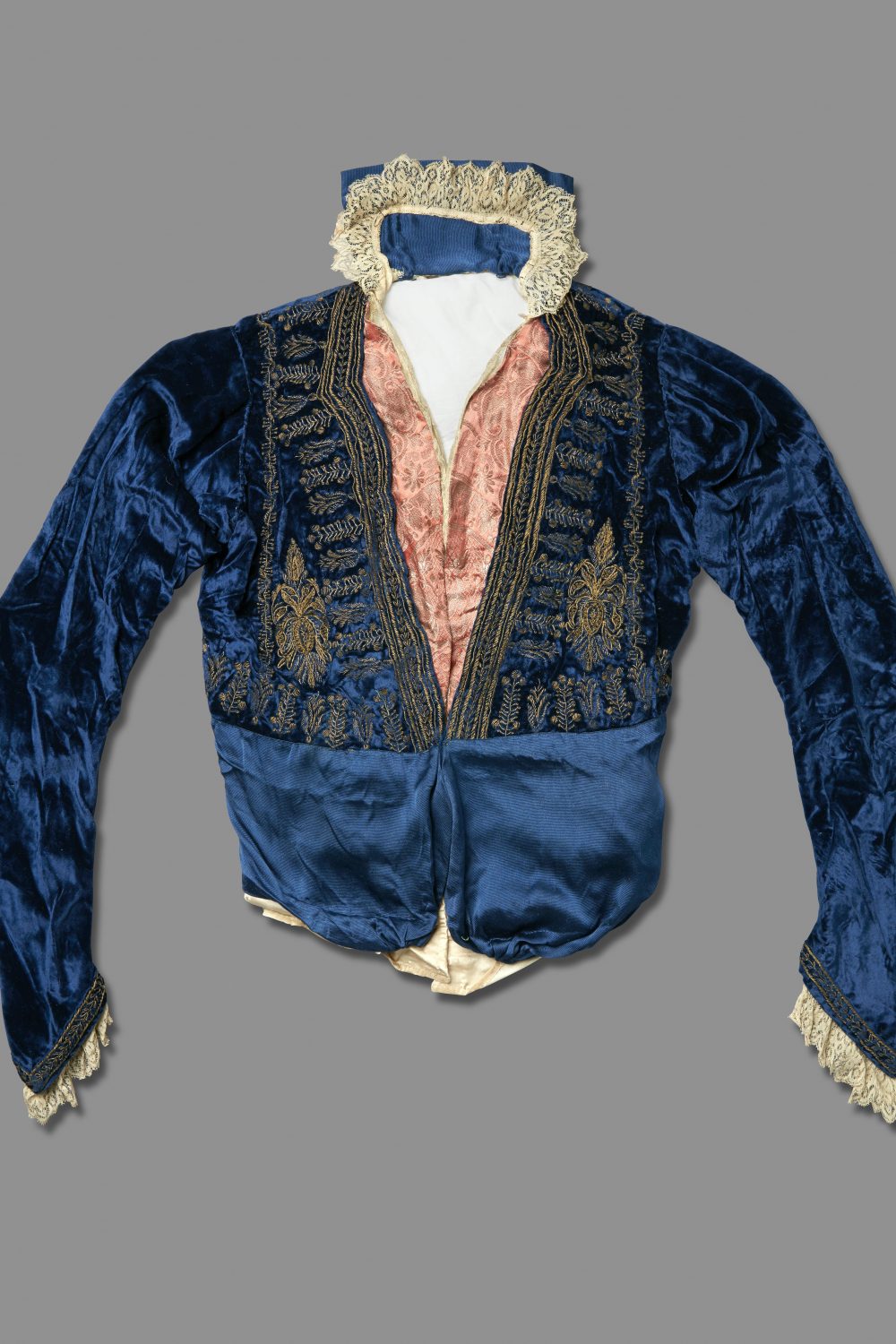 The Parisian fashion house Callot Sœurs was founded in 1895 by four sisters, the eldest of whom, Marie, had trained and worked in the industry and became their predominant designer. They quickly built up a successful business recognised for its high standard of luxurious clothing made from delicate fabrics and trimmings, frequently influenced by the taste for the exotic current in the visual arts.

The bodice’s intense blue velvet embroidered in gold thread, indented neckline and pointed wrists, and the salmon pink silk woven with a gold coloured pattern of the mock underbodice, all contribute to its flavour of the orient. Callot Sœurs’ skill in translating exotic elements into the wardrobe of well to do Westerners was also apparent in the designs of fellow couturier Gustav Beer whose overdress of around 1909 can be seen as a Related Item. Both overdress and bodice employ a strong shade of blue velvet to set off the quality of their embroidery and trimmings, and both use several types of fabric to give an illusion of a multi-layered garment.