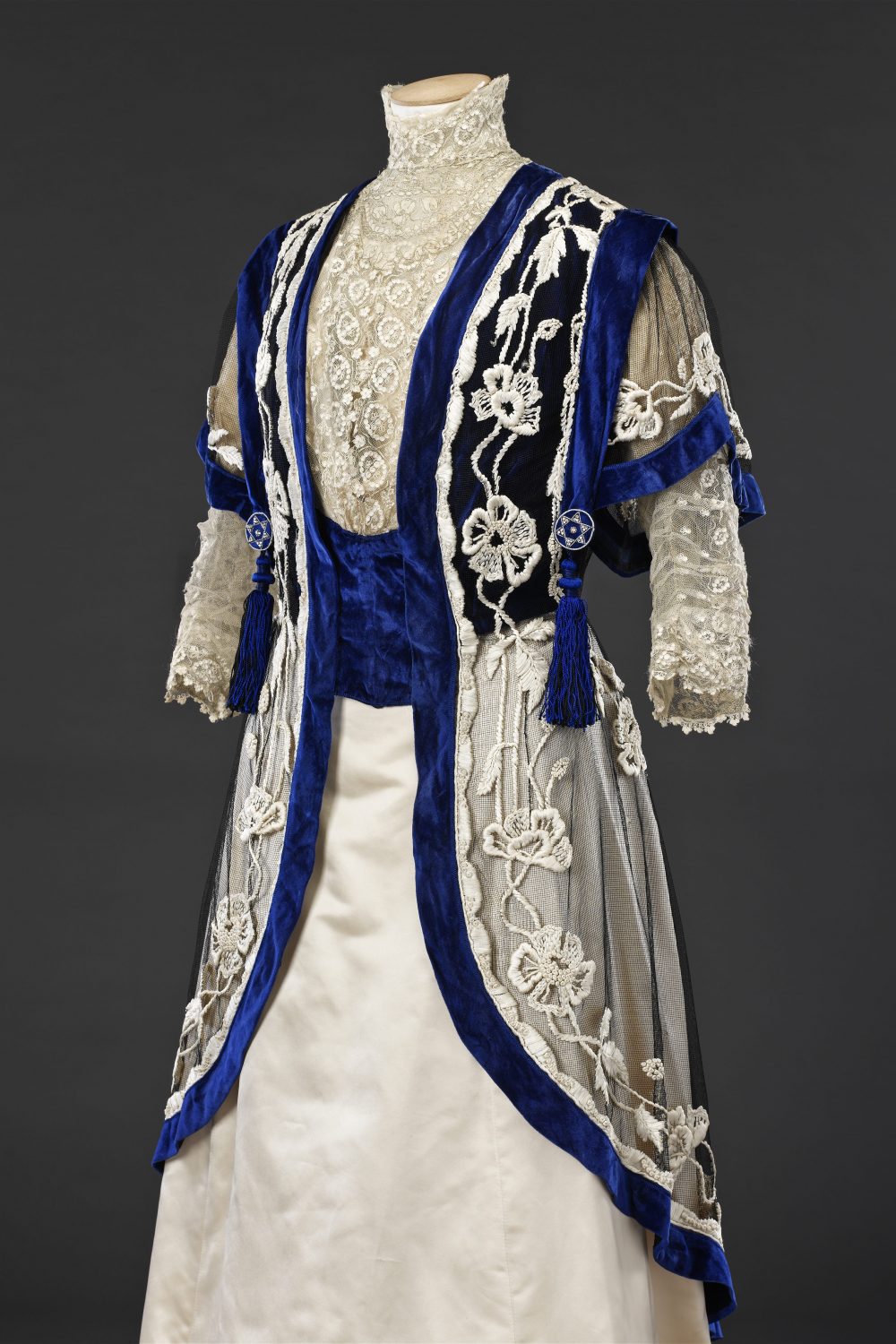 This delicate overdress belonged to Eliza Markant Page, a family friend of the late scholar, antiquary and curator Clive Wainwright, who was the husband and brother of the donors. Miss Page was a guiding light in the development of Wainwright’s successful career, encouraging him from a young age in his appreciation of her antiquarian books. His 1999 obituary in The Guardian described her as ‘A Miss Haversham-like spinster [who] … lived in Victorian state outside Curry Rivel, in Somerset, having long ago had a fiancé who died in the colonies’. According to family lore, he was killed by a crocodile. Born in 1875, she would have been in her early to mid thirties when she wore the dress, hardly conjuring up a picture of Miss Haversham. Later it made its way into the Wainwright family dressing up box ensuring, like many an elderly garment, its continued, if fragile, existence, and Dinah Cheek (née Wainwright) remembers dressing up in it as a girl. At what stage it became separated from its skirt is not known.

After establishing himself in his native Germany, the couturier Gustav Beer opened his business in Paris in 1905, remaining there until 1929 when the house merged with that of Drécoll. Less well known today than some of his contemporaries, surviving examples of his work in museum collections show Beer adept at transforming elements of current style, be it art nouveau or orientalism, into lavish garments using luxurious fabrics and trimmings and fine workmanship. His success enabled him to expand his business to Nice and Monte Carlo where the wealthy wintered, Nice being particularly favoured by the English.

The overdress is made of net embroidered with broad bands of flowers in narrow cream braid, and vibrant blue velvet. The front borders lead the eye downwards stressing the vertical that was to become the dominant line of forthcoming years (see Additional Images). The real focus of visual interest lies on the back which almost looks like part of a different dress with its defined waist and gently gathered skirt. Silk tassels add a flavour of the orient. What appears to be a separate lace bodice is illusionary, comprising sleeves, collar and a centre front panel attached to the lining. A dress by Gustav Beer of around 1908 in the Metopolitan Museum of Art, New York shares many characteristics of its multi-layered appearance with a sheer overdress, short oversleeves, front borders of velvet creating a long slim line, and the use of large, non-functional buttons for decorative effect: https://www.metmuseum.org/art/collection/search/106464 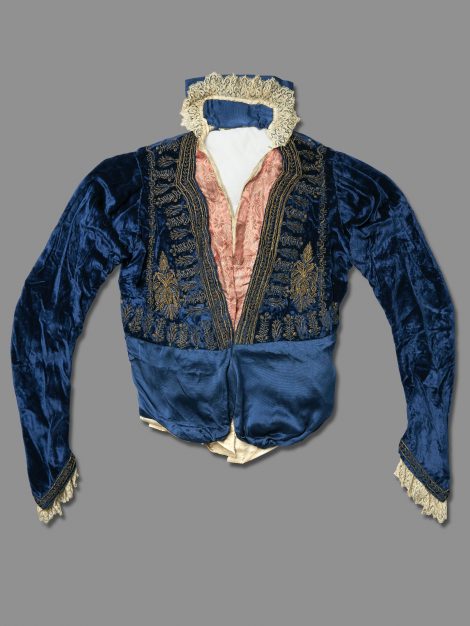