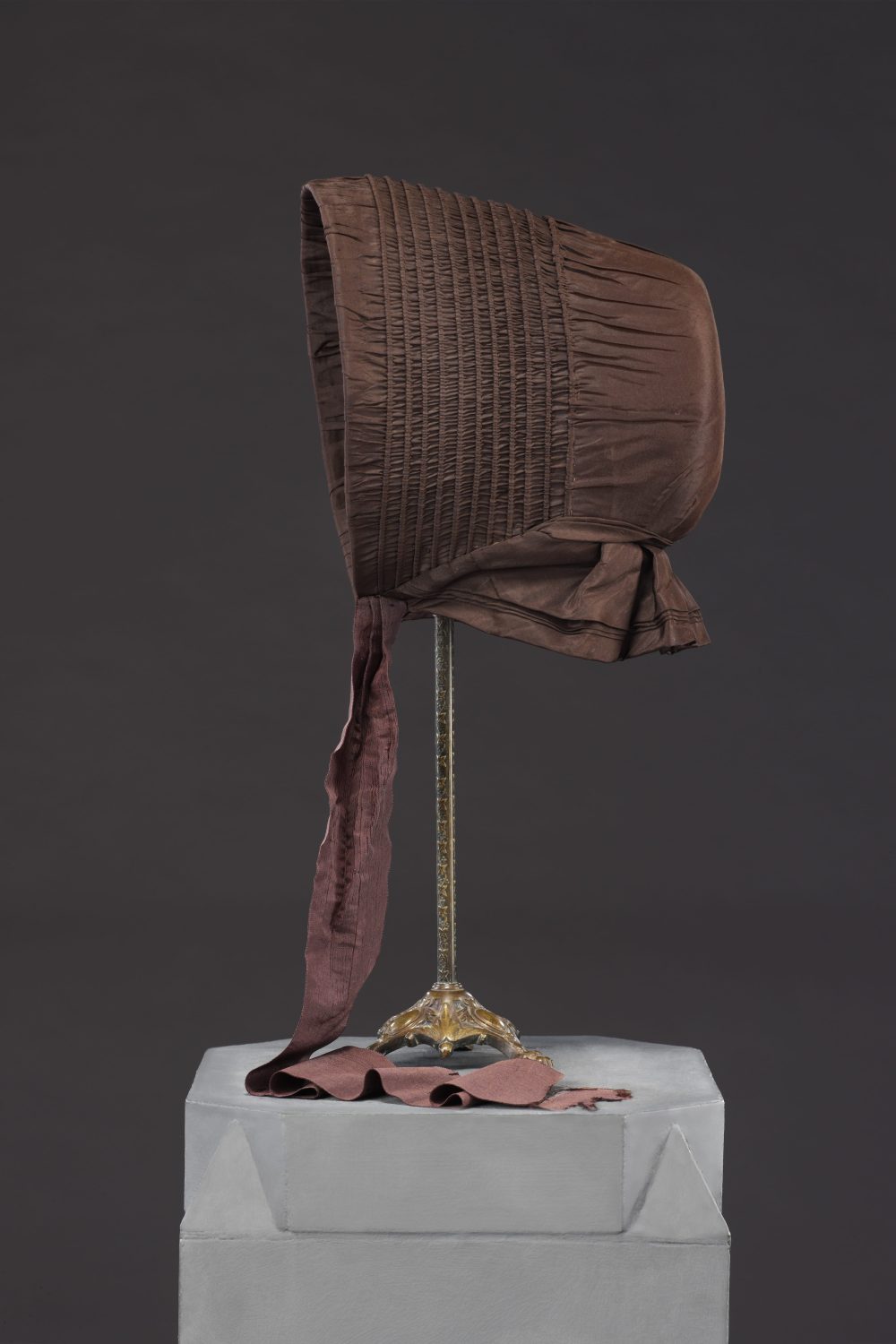 Silk on cane and buckram base; net

Until the mid 20th Century etiquette required women to cover their heads outside their own homes, either with a hat or a bonnet. Bonnets, characteristically fastening with ribbon ties, evolved from the 1790s in size, shape and decoration, becoming the dominant form of headwear until by the end of the 19th Century they were no more than small insignificant pieces of frippery (see Related Item), overtaken in popularity by the hat, and finally relegated to the elderly and widowed.

This style is known as a ‘drawn bonnet’, so called as the silk has been drawn and gathered over a number of fine canes forming ridges on the outer side, on a base of buckram. In contrast to the clearly defined brim and crown of the bonnet of around a decade earlier (See Related Item) they have now become continuous in line, the face still demurely framed as the ribbon ties pull in the front edge under the chin to create an almost complete circle. The design of the bonnet is crisp and untrimmed; the sharply pleated curtain is lined with stiff net and has three closely spaced tucks running around just above its hem. The face of the wearer is softened only by a now deteriorated frill of cream tulle within the front edge of the brim. 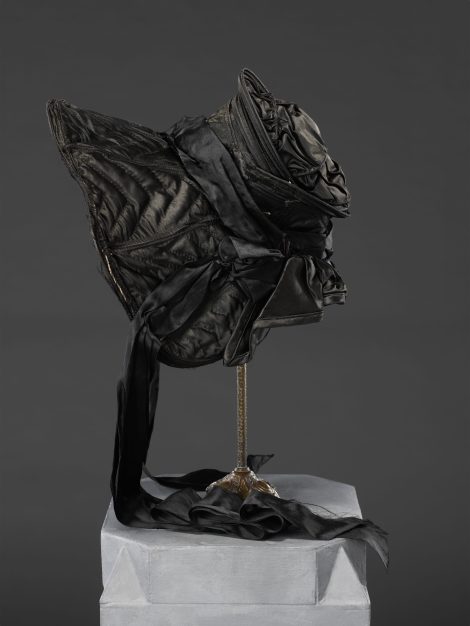