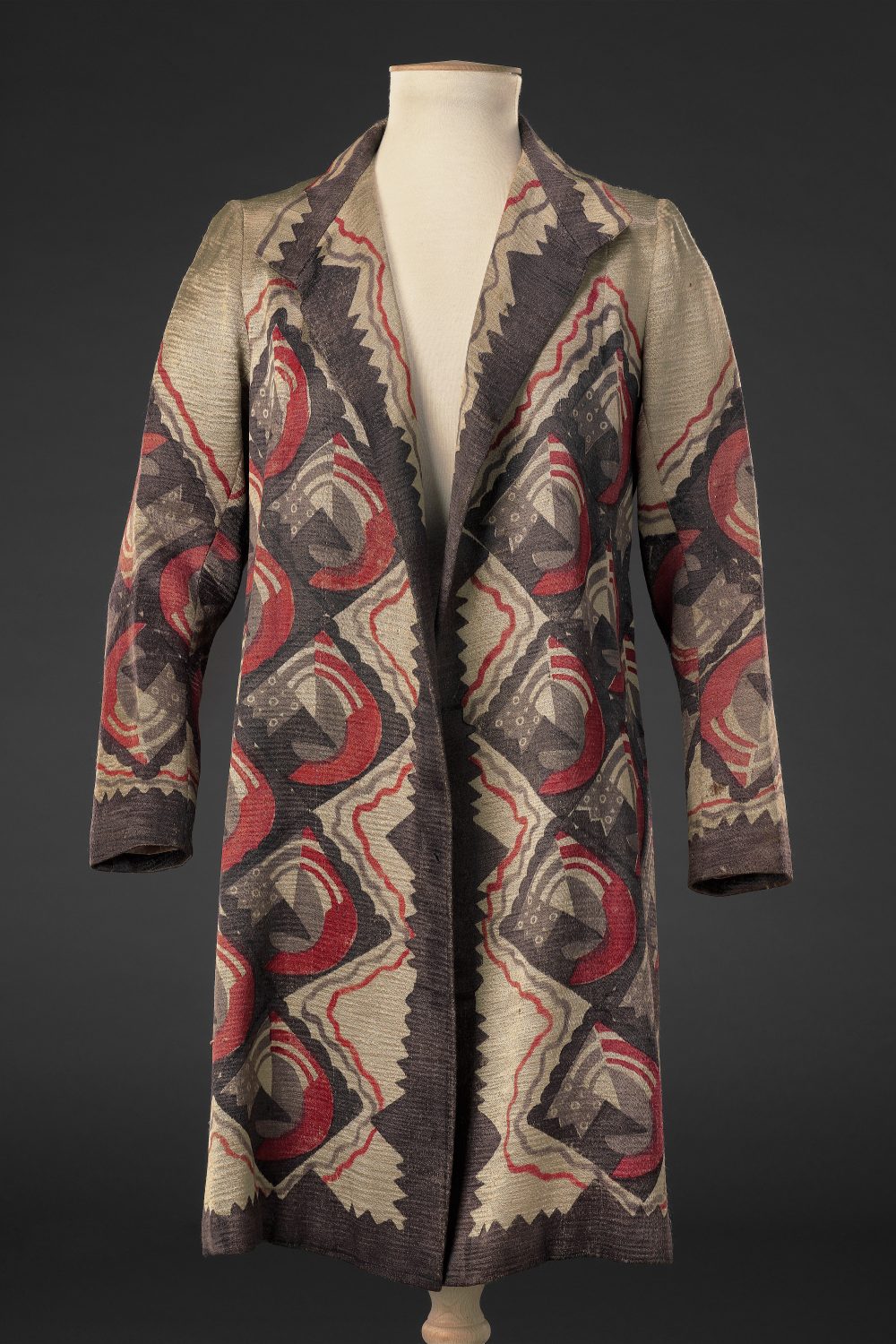 This unlined Footprints coat is block printed with a complex pattern of interlocking curved and rectilinear shapes, characteristic of the Art Deco style that was particularly fashionable during  the second half of the 1920s and the early 1930s. In common with the coat and jacket in Related Items, it was printed to shape with integral borders. The combination of sludgy colours, like the dull purple and dark pink used here, is seen in many other Footprints garments. The company printed a variety of fabrics, such as this slub satin, that were often acquired in limited quantities, to add an extra dimension of texture to their designs. 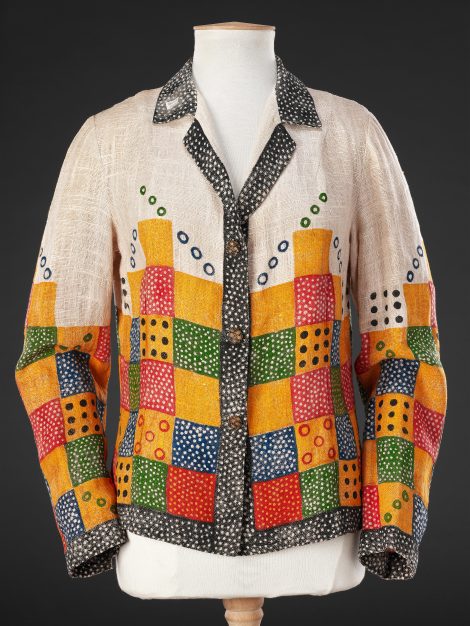 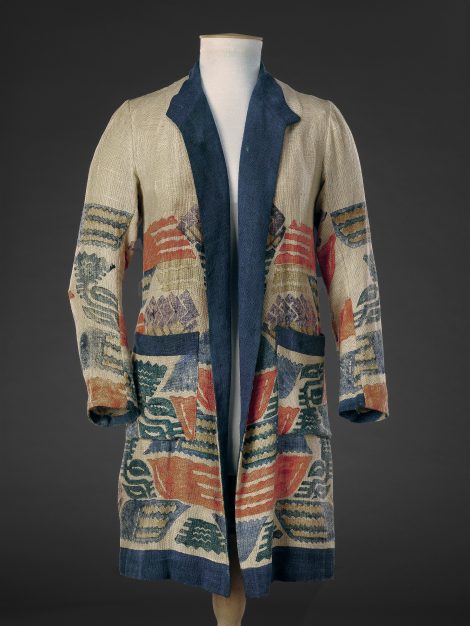