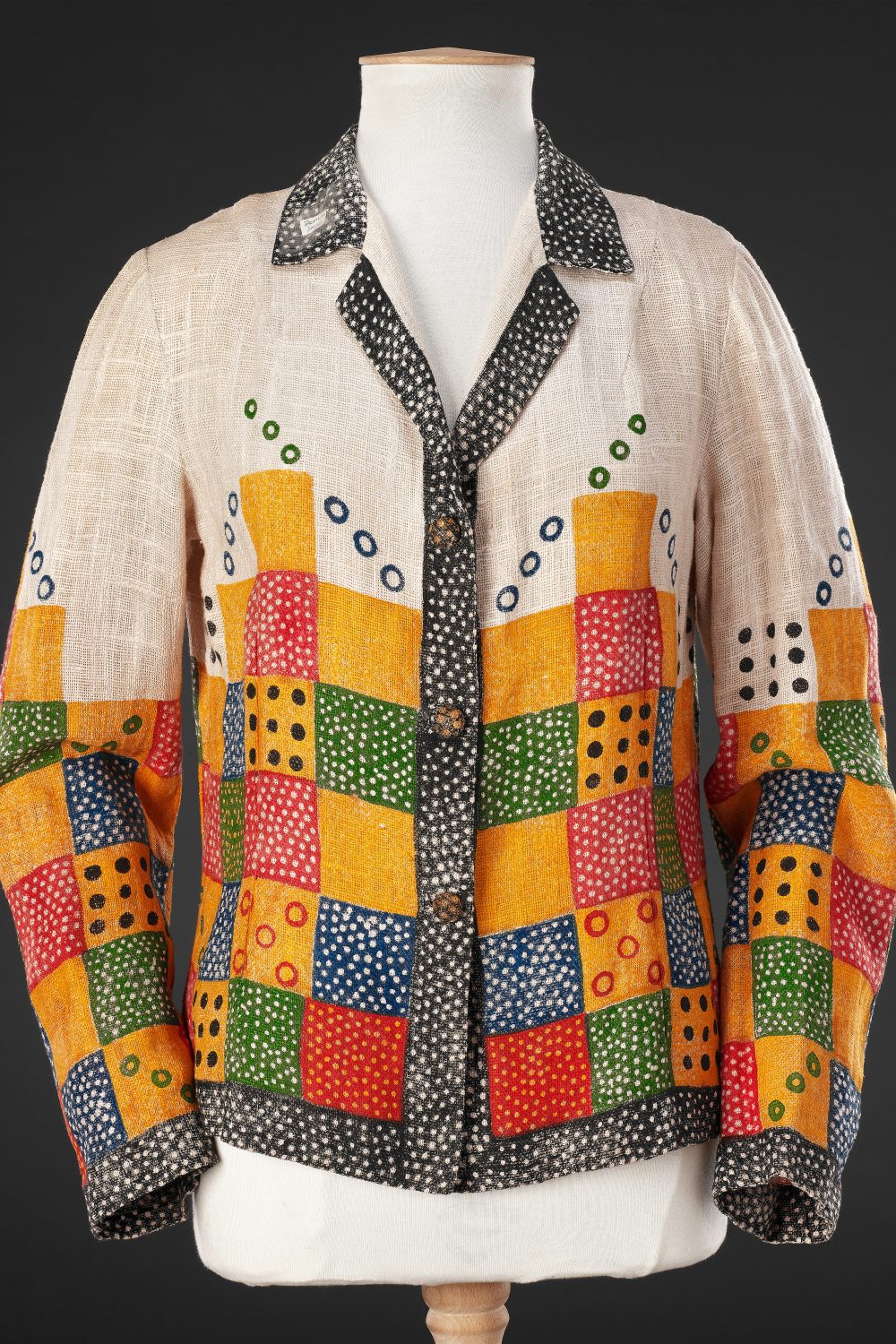 This jacket is one of several Footprints garments acquired by Shirley Russell from Joyce Clissold’s studio, some of which have the names of their designs written on small attached labels; this is labelled ‘Tropical Snow’. The jacket is unlined and made of loosely woven linen printed with lino blocks, not as a length of fabric but to the shape of the garment; the spotted black borders are not joined on but continuous with the body of the garment, and it can be seen that the vertical darts and the side seams were stitched before the printing. The design is a chequerboard of bright red, yellow, blue and green blocks, patterned with spots in various sizes and colours, that are arranged mainly, but not completely, symmetrically on the front and back. The lack of technical perfection is part of its charm, signifying the creativity of the human hand as opposed to the impersonal perfection of the machine made object – a concept that harked back to the influential art critic John Ruskin’s work The Stones of Venice of 1851-3. 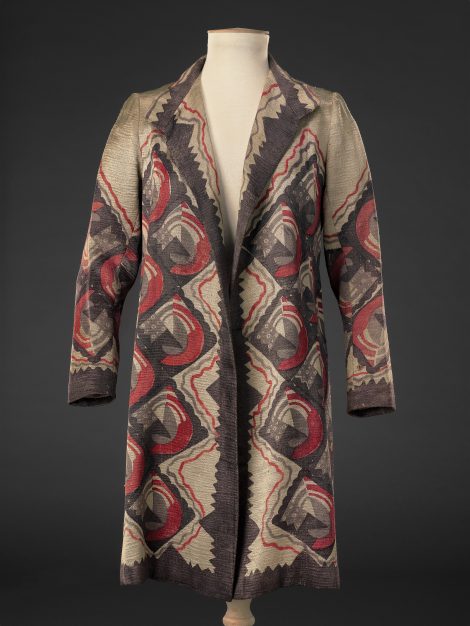