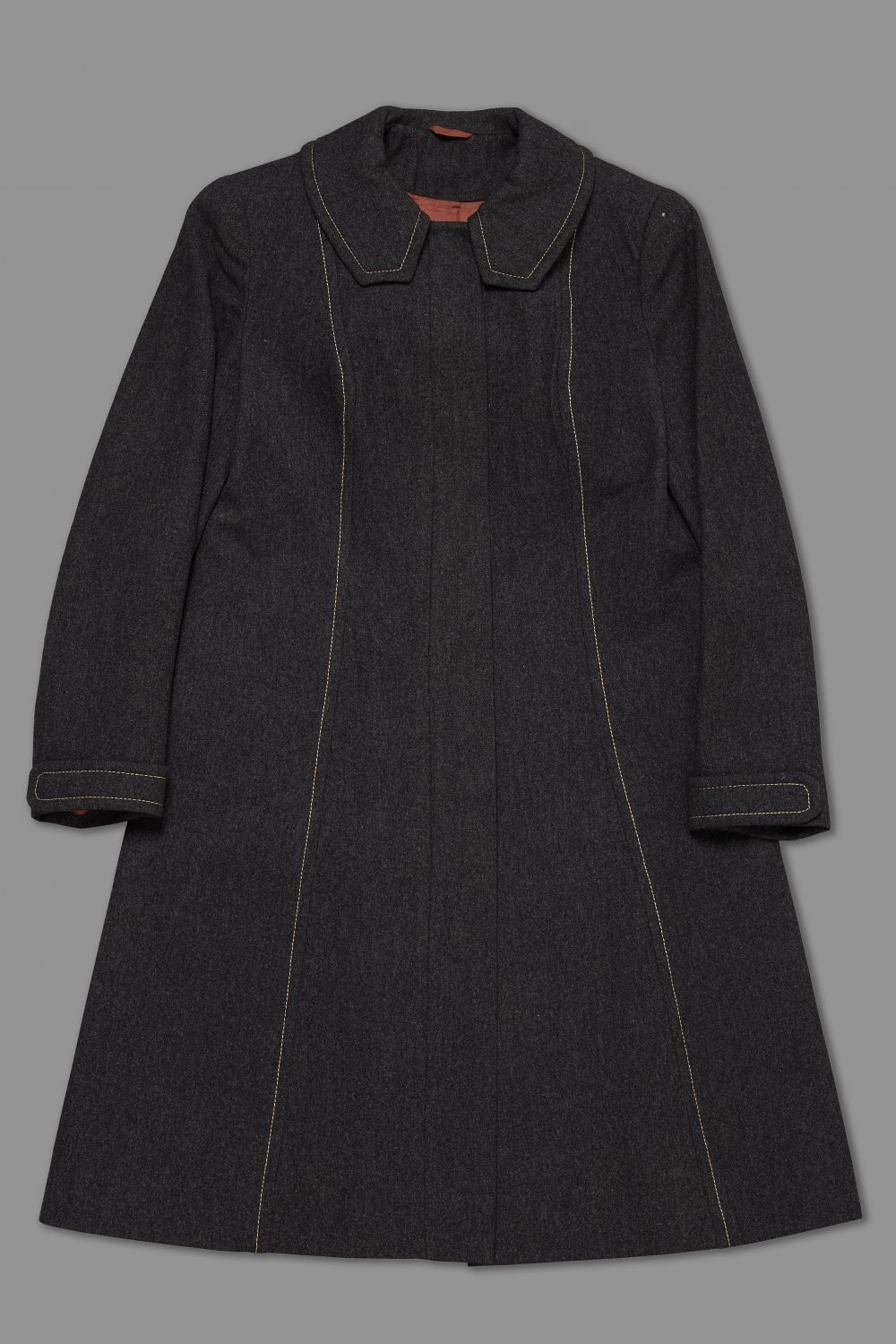 The dress designer Mary Quant was a major force in the fashion industry from the second half of the 1950s, establishing a new emphasis upon easy to wear youthful clothes that she sold from her boutique Bazaar in the King’s Road, Chelsea, and in a later second branch in Knightsbridge. Along with the Beatles she became a major contributor to the phenomenon of ‘Swinging London’ that took America by storm in the early years of the 1960s.

This coat of grey flannel, one of the classic British fabrics with which Quant liked to work, usually in an untraditional way, skims the body, its loose line emphasised by the rows of her trademark contrasting top-stitching down each side of the front and back. Its buttoned fastening is hidden behind the fly front as so not to break the simplicity of the line. Quant loved to introduce quirky elements into her designs, in this case blunting the fronts of the demure turned-down collar.

An undoubted factor in Mary Quant’s success was her clever marketing based on the view that young fashion was fun and should not be taken too seriously. Her innovative clothes, accessories and make up ranges were given imaginative, punning names (see Related Item) and the graphics of her advertising and packaging were modern and eye catching, often picking up on current art movements with starkly contrasting simplified shapes, of which her famous daisy motif is an example.

Although aimed at the youthful market, Quant’s clothes were not cheap. However, anyone with dressmaking skills could aspire to her look by purchasing a paper pattern from her collections for the American pattern company Butterick. ‘Additional Images’ shows a number of designs from her first collection in a shop catalogue of January 1965 featuring the easy shapes, tweed fabrics and top-stitched details with which she was associated. The presentation of her designs is distinctly different from the demurely posed American clothes in the catalogue that are frequently accessorised with short white gloves and Jackie Kennedy style pillbox hats; Quant’s models appear as petulant teenagers in knee socks and thick white stockings, their toes turned out in an angular fashion, their arms and hands stuck outwards or placed on their hips, their faces slightly mischievous. 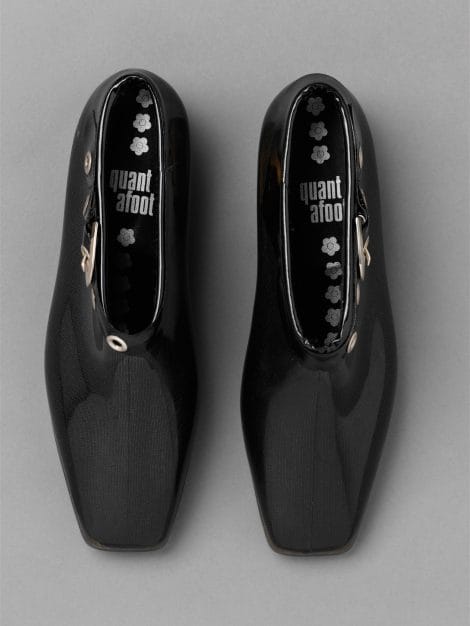