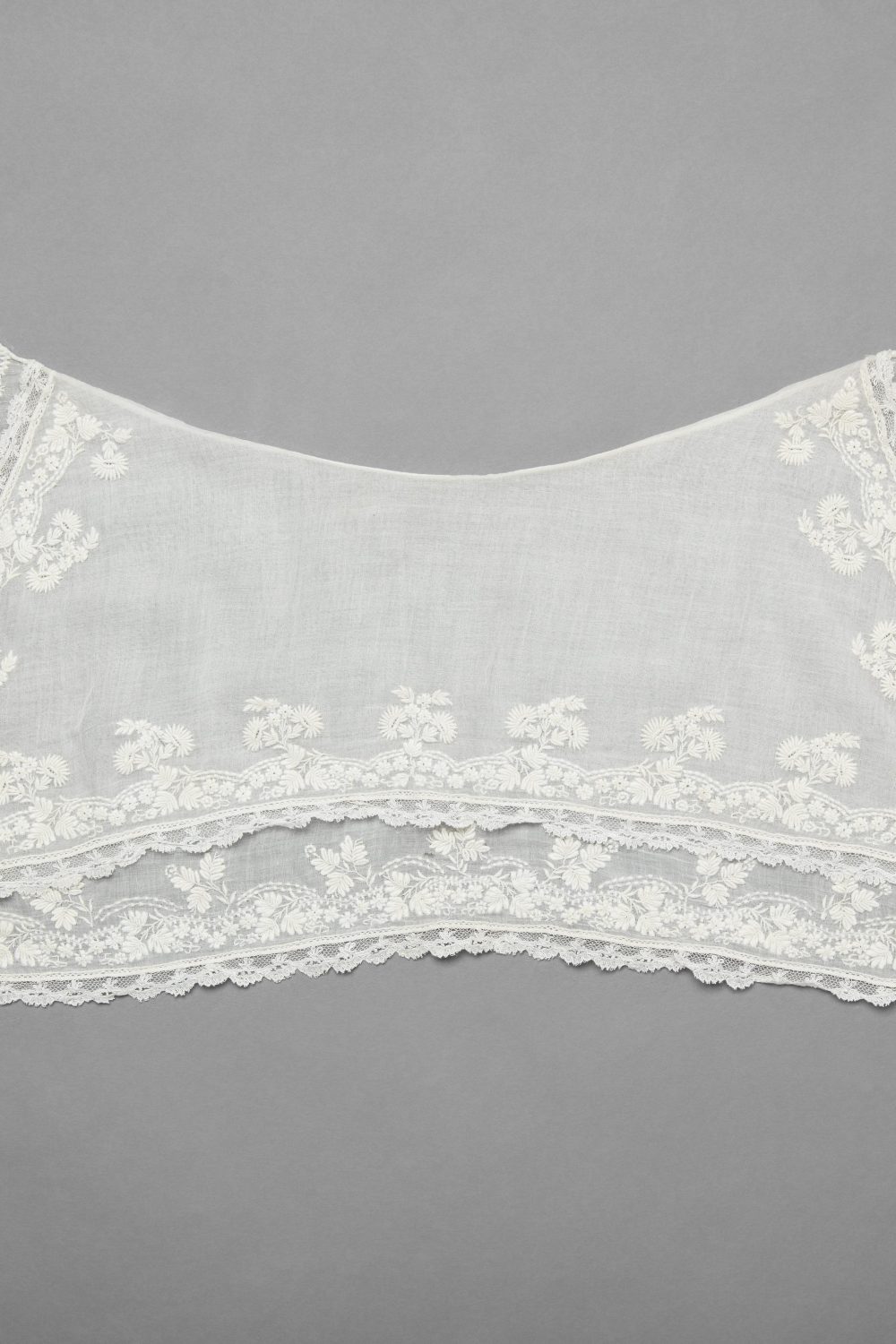 This collar is one of many double-layered examples surviving from this period, and in common with them the design of the upper layer relates to that below, but is not identical. The upper motifs are primarily floral, while those below are based on foliage. The design has been adapted to fit the front of the lower layer. Characteristic are the isolated motifs above a continuous border of a simpler pattern, worked in padded satin stitch and trailing (a stitch frequently used for stems). 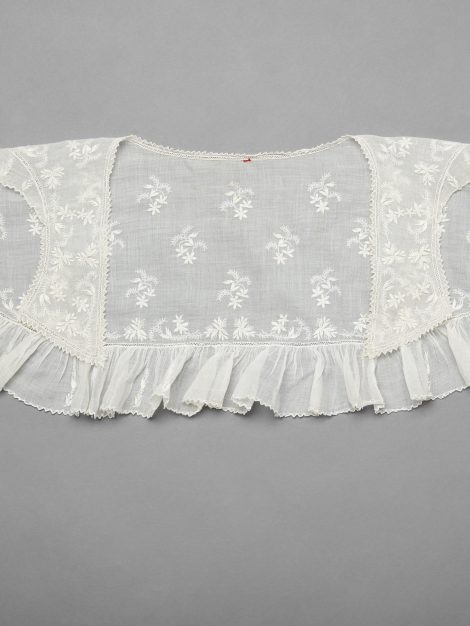 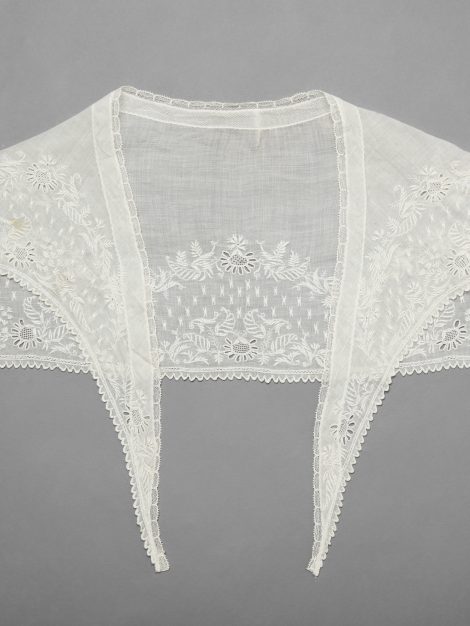