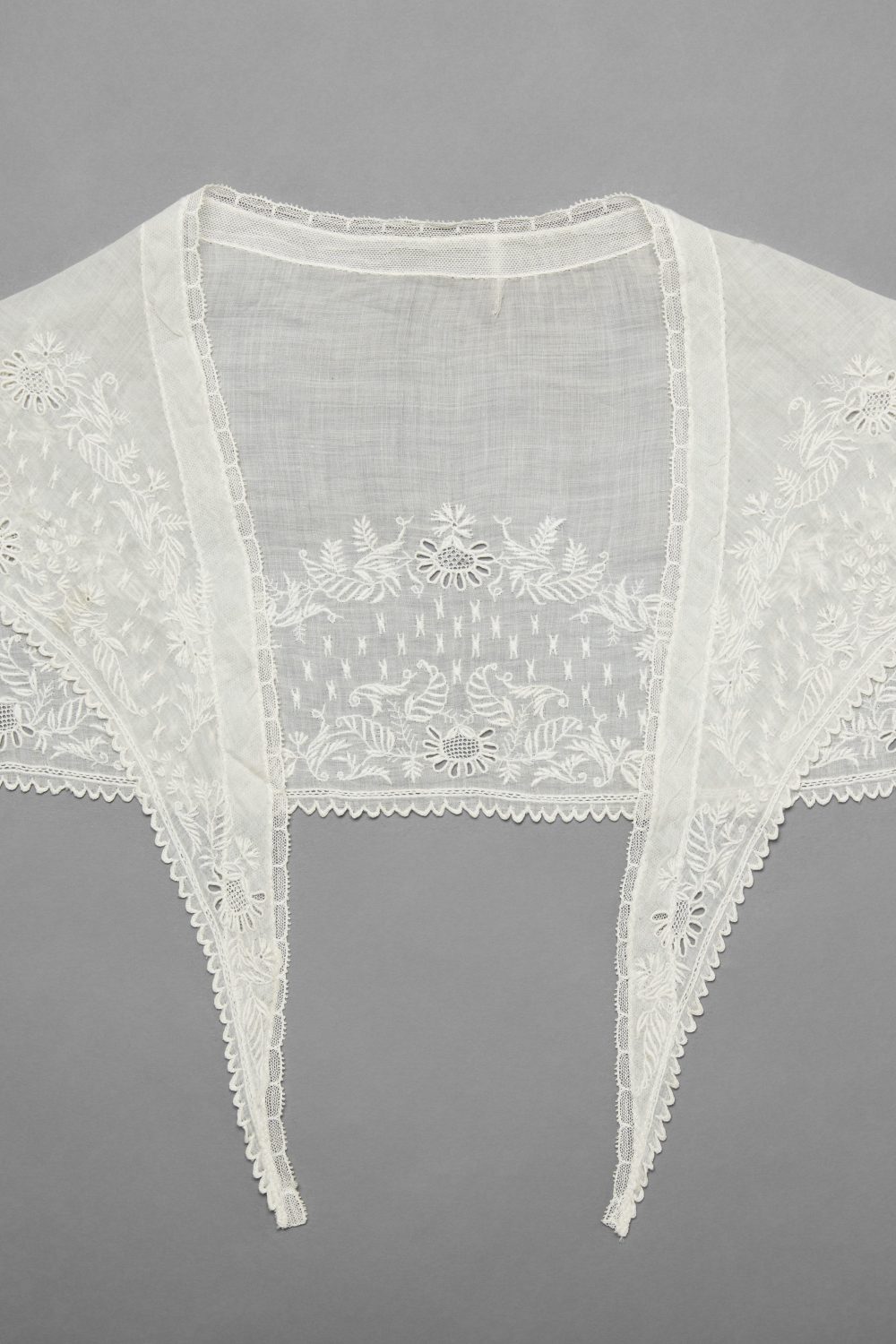 As the width of sleeves reached its zenith during the first half of the 1830s so the size of collars increased, offering an even greater area that could be embroidered and scope for more complex designs and variety of stitching techniques. This example is the largest of those included on the website, and is more sophisticated than those dating from the previous decade that are based upon sprays of flowers and foliage borders. Its broad boarder is composed of complementary swags of foliage and cutwork flowers with drawn thread centres enclosing a sprigged ground. The long front ends meet at the centre front waist; their strengthening net border was added later. 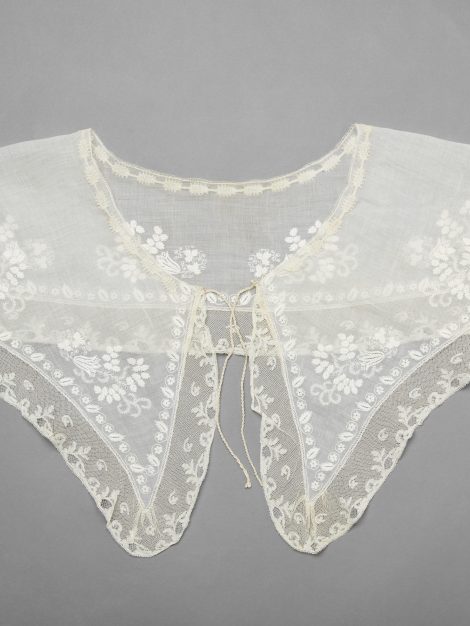 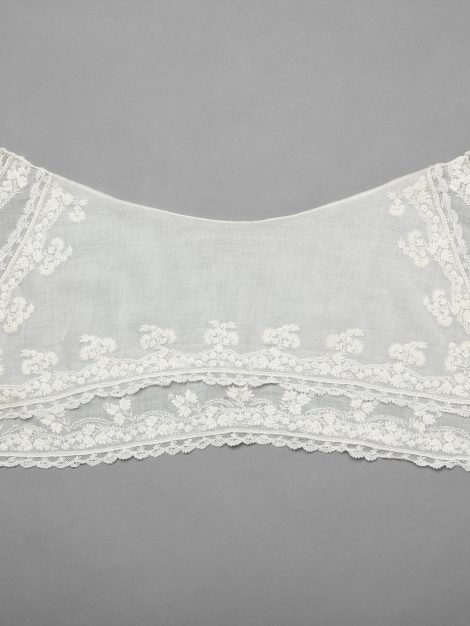