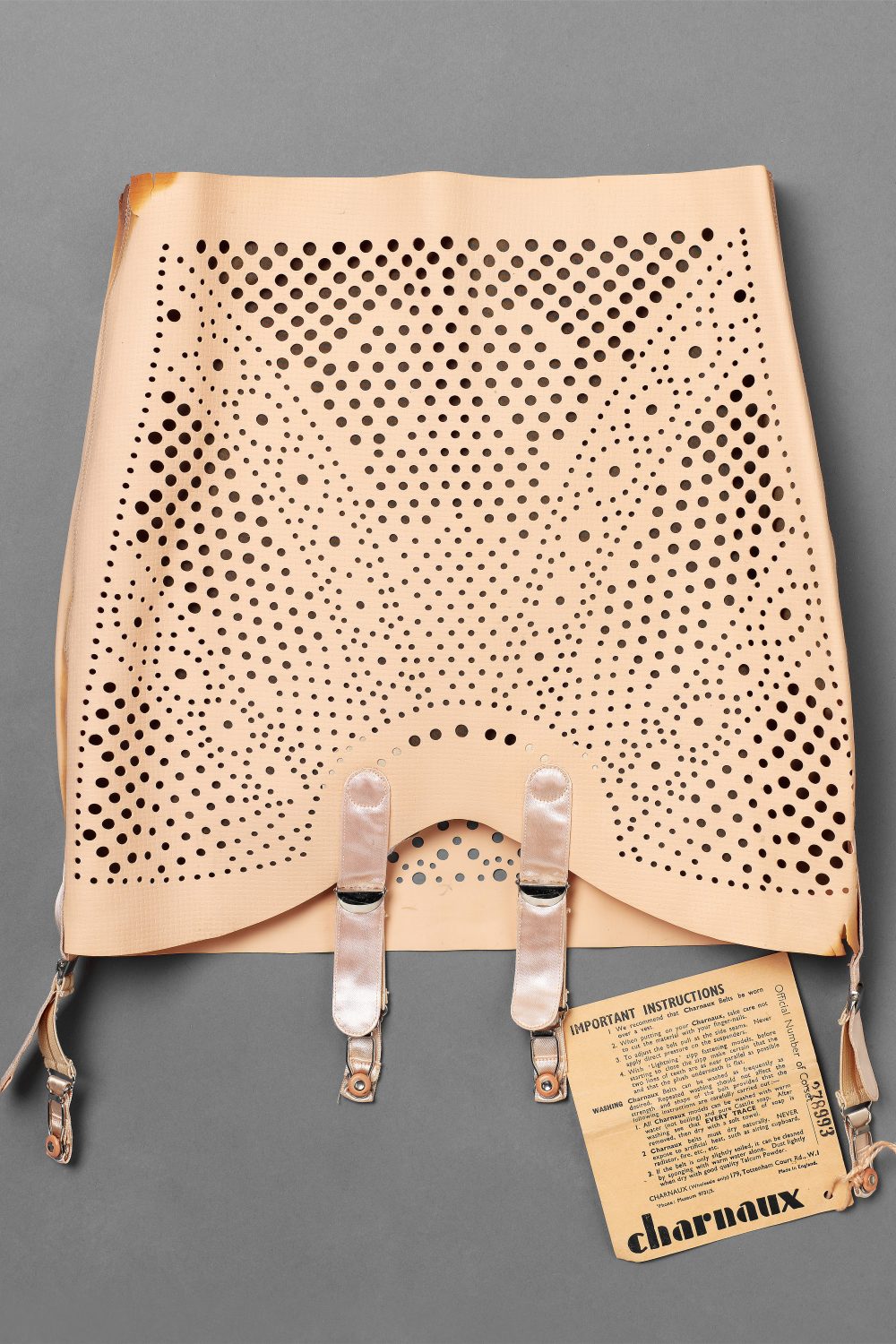 Although the use of rubber was not new, developments in its production revolutionised corsetry in the 1930s. It became possible to extrude it into long fine threads which, when combined with cotton or rayon, resulted in a fabric with two-way stretch; it was also available in pliable sheet form. The smooth silhouette appropriate for the figure-hugging garments of the 1930s was now achievable without lacing, boning or even fastenings.

The Charnaux corset was made of rubber perforated with a pattern of small holes to increase ventilation and pliability. Some Charnaux rubber corsets had fastenings, but this example has none, and was once supple enough to be pulled on over the body (hence the new term roll-on), though is now hard and brittle. Contemporary images show the corset worn next to the skin, but the original label, still attached, advises that it is worn over a vest.

Advertising described the Charnaux as ‘a new discovery giving for the first time scientific control and balance of the figure with perfect freedom of movement’, and employed top-class graphic designers such as Edward McKnight Kauffer to appeal to a sophisticated market.

Similar perforated rubber corsets continued to be made as late as the 1970s by various manufacturers around the world. 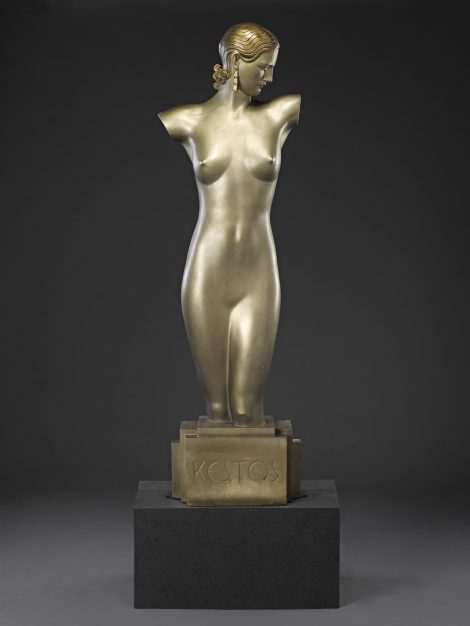