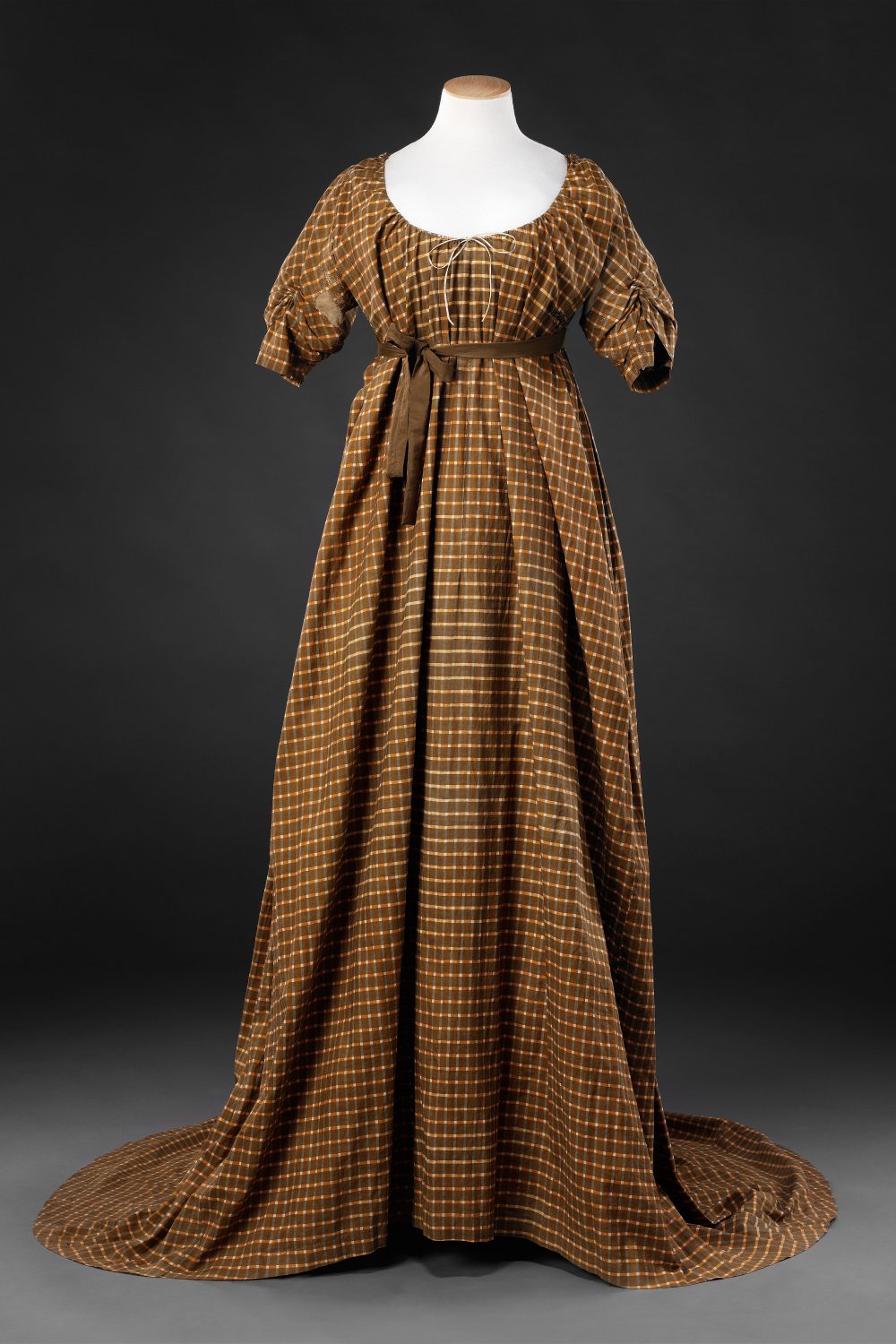 This dress is constructed in a manner typical of the years around the turn of the 18th and 19th centuries. Its back and sides are cut with a separate fitted bodice and trained skirt, gathered at its centre, joined at a high waist seam; the bodice is lined in linen with a pair of flaps that are brought round to the front to cover the bust (see Additional Images). The front of the dress is cut in one piece of generous width without a waist seam, and is slit on either side from the natural waist level to form a bib that covers the bust and fastens with a small covered button on each shoulder; the drawstring at the neckline creates full gathers that are held in place beneath the bust with a tie belt. The unlined half length sleeves have shorter bias-cut oversleeves that are drawn up with stitching at the front and back in a manner that can be seen in contemporary fashion plates, portraits and surviving garments. The front of the dress (though not the fitted back) harks back to the loose gathered chemise dresses of the late 1780s and  their drawstring necklines and sashes at the waist. The simple, flowing drapery of these styles was based on classical Greek garments (see https://www.metmuseum.org/art/collection/search/254508 ) for which plain white fabrics such as muslin were deemed particularly appropriate. For everyday wear checked and striped fabrics in serviceable colours, such as that from which this dress has been made, were more practical. Barbara Johnson, a well-to-do middle class woman, compiled an album, now in the Victoria and Albert Museum, of samples of the fabrics she bought to be made up into garments between the 1750s and the early 1820s, annotated with yardages, descriptions and dates of purchase. Around the turn of the century she bought a number of striped and checked fabrics, such as, ‘Eight yards of blue checked Callicoe, eighteen pence a yard, made at Bath May 1808’ and ‘A [striped] Gingham round Gown. Ten Yards two shillings and a yard Thenford August 1799’ Gingham was originally woven in north-eastern India from cotton and silk. 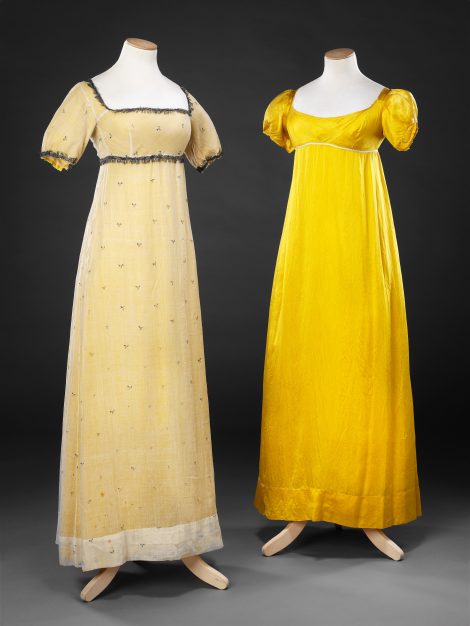