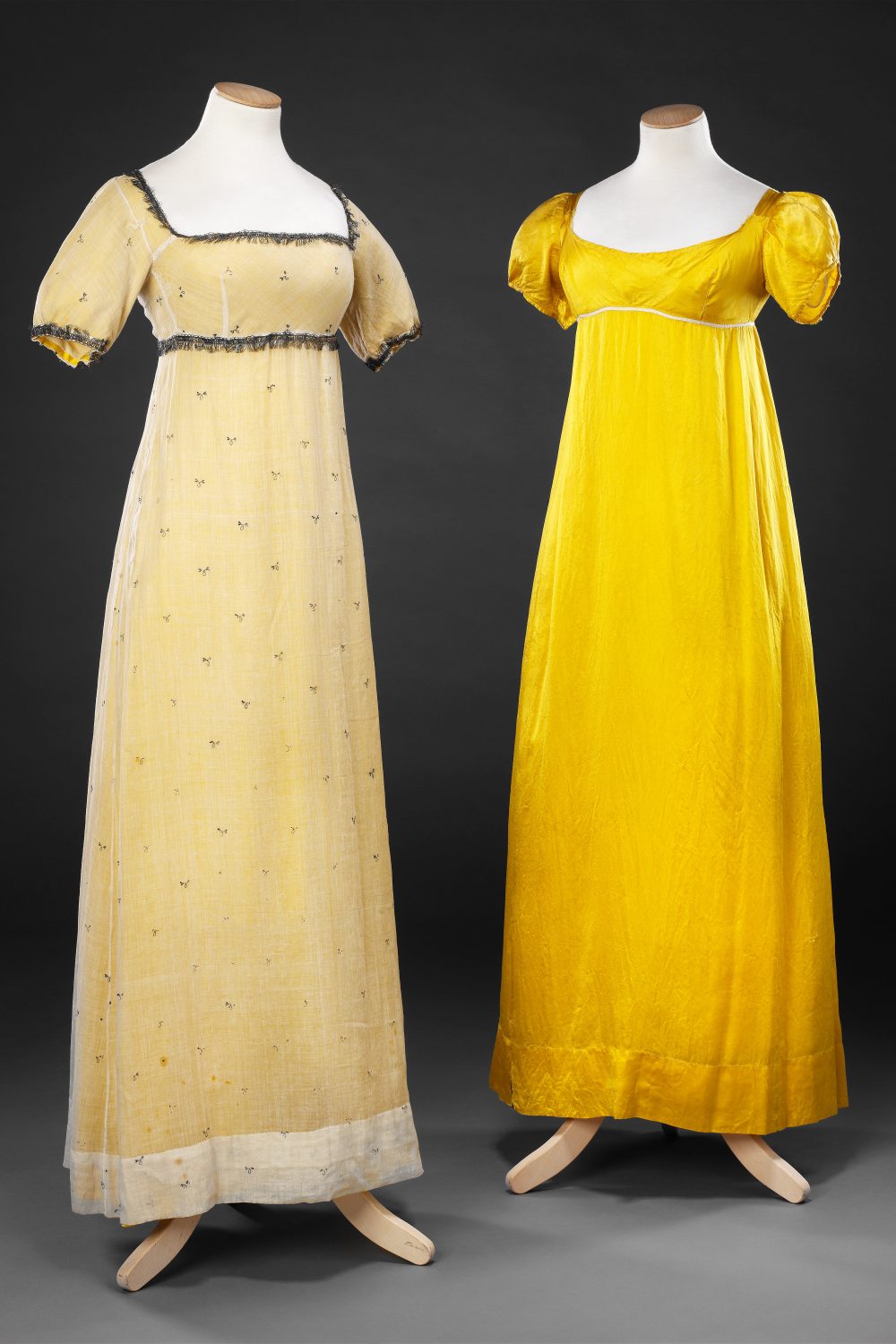 In the decade or so separating this dress ( left of image) from the earlier example shown as a Related Item its construction has become more precise. The front of the bodice is cut on the bias with two bust darts to ensure a close fit, with no reliance upon a drawstring, and the opening is now positioned at the centre back. The skirt covers the front of the body smoothly, its fullness limited to the gathered back, and is no longer trained.

White muslin was much used for fashionable dresses from the late 18th Century when it was considered an appropriate choice for neo classical styles that were based upon the soft, draped garments of antiquity, and was frequently embroidered in white in the early years of the 19th Century. This example is decorated with metallic sprigs and fringed with braid that have become tarnished with age, but originally would have shone and sparkled in the light of an evening event.

The underdress of bright yellow fine silk, though slightly later in date, is characteristic of the type worn under white muslin dresses, and has been reproduced beneath the dress to replicate the effect of the coloured silk seen through the muslin. The fashion for silk screened by semi-sheer white fabrics, such as gauze, lace or muslin, in the form of aprons, fichus and children’s dresses, for example, dates back to the last decades of the 18th Century (see Ralph Earl, Mrs William Taylor and Son Daniel, 1790) 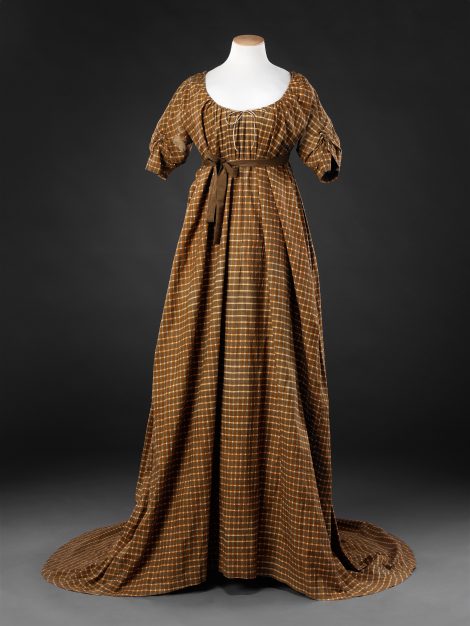