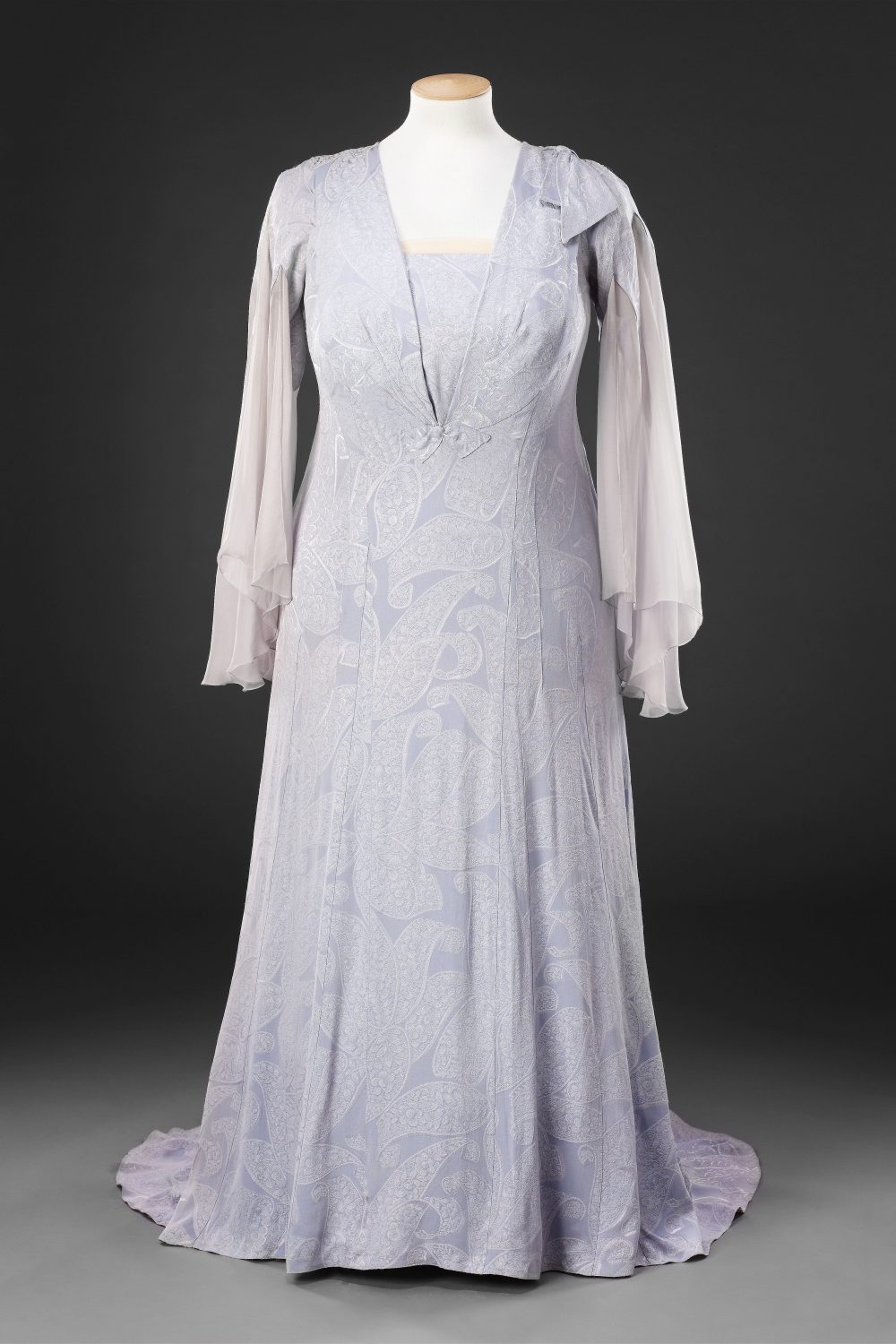 The John Bright Collection is fortunate to own a number of garments once worn by members of the British Royal Family, including this dress originally belonging to Queen Mary, consort to King George V, and grandmother to the present Queen Elizabeth. The royal garments were acquired in April 1981 from the Theatrical Ladies’ Guild (now the Theatrical Guild), a charity for front of house and backstage workers. They were formerly the property of Princess Alice of Athlone, a patron of the Guild, who had died earlier in 1981, and were presented by her daughter Lady May Abel in order to raise funds for the charity. An evening dress worn by Princess Alice can be seen as a Related Item. Queen Mary was known to pass her clothes on to relatives, including to Princess Alice who was married to the Queen’s brother, Alexander of Teck, Earl of Athlone.

A tall, imposing figure with ramrod straight deportment, Queen Mary developed her distinctive regal style of dress after her husband’s accession to the throne in 1910, fashion taking a back seat to the grandeur appropriate to a royal consort. The dress in this image, appropriate for formal occasions during the day or informal evening wear, is made of lavender blue silk, one of the pale, soft colours favoured by the Queen. Although it lacks the dramatic qualities of her formal evening dresses its construction is immaculate and intricate. The dress is lined in grey crepe de chine, with a fitted cream silk bodice lining edged at the neckline in flesh pink chiffon and tulle, and has its original dress preservers. The centre front bodice is flanked by panels scalloped on their outer side, with a small flat bow beneath. Long, floating sleeves, of flattering pale grey chiffon, are open down the inner side of the front, and soften the more severe lines of the rest of the dress. The skirt is subtly panelled and flared, and on the right side of the front a perpendicular slit, 5 in, 12.5 cm, long has been let in to the seam. These openings, allowing access to a pocket in the lining, are typically found in the Queen’s dresses. (See Additional Images). In contrast to the quantity of glittering jewellery worn to state occasions, she is likely to have simply worn several strands of pearls with this plain style of dress and, if a separate high-collared garment covered the neckline and décolletage, an unpretentious brooch fastened it. 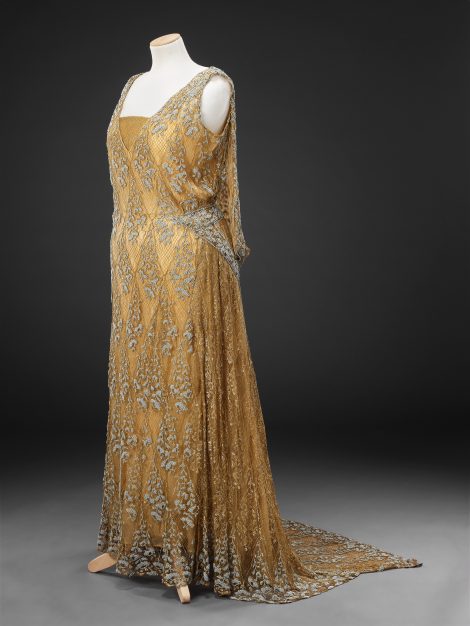