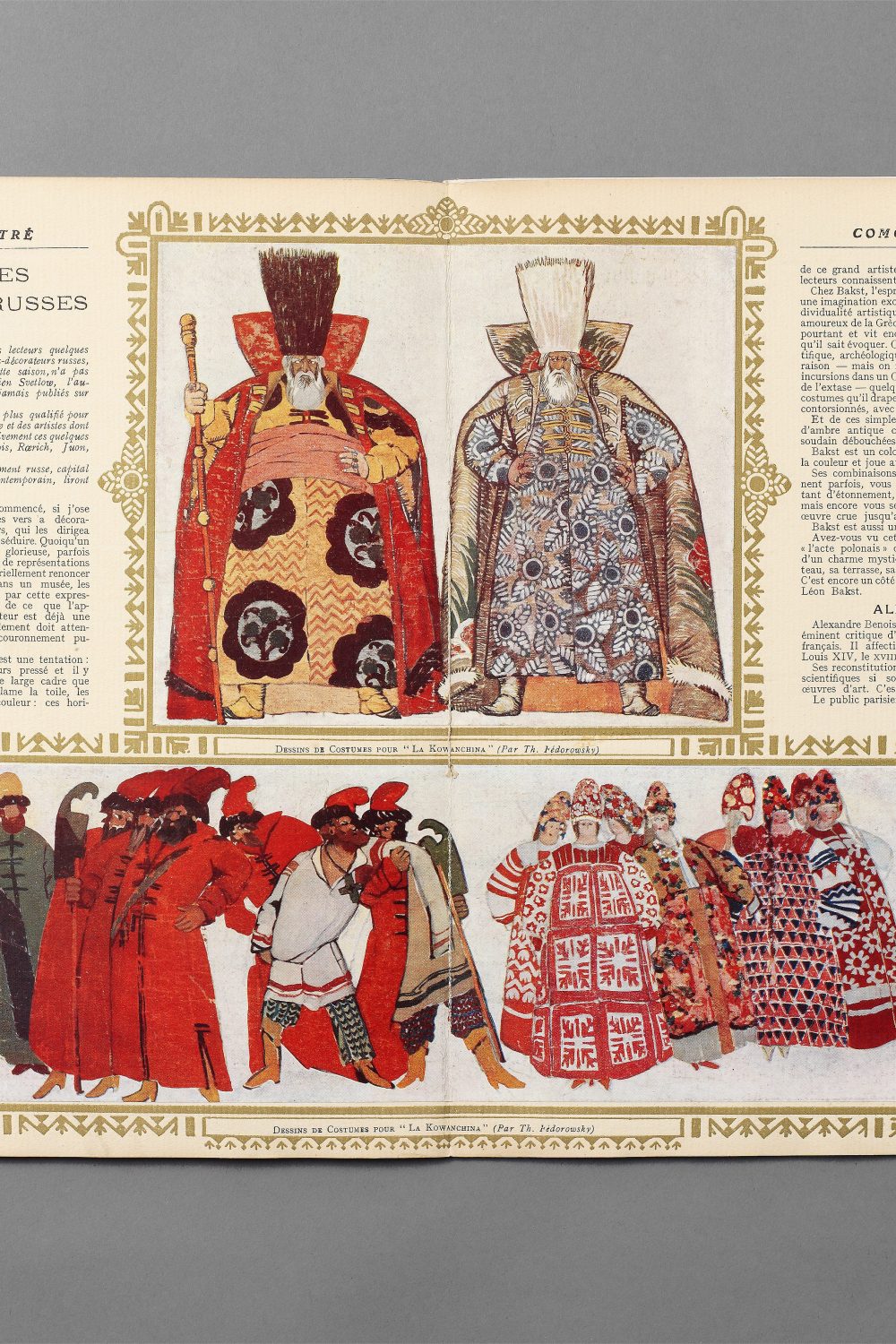 This image shows pages from a lavish publication to celebrate Diaghilev’s Ballets Russes’ Eighth Season in 1913, produced by the Comœdia Illustrée, a supplement to the French newspaper Comœdia that was founded in 1907 to report on the arts, with an emphasis upon the performing arts. Glossy and well-illustrated in colour, Comœdia Illustrée was aimed at the sophisticated middle classes, and the Ballets Russes’ productions that it covered from the start suited its content perfectly.

The Eighth Season saw performances of the ballet Schéhérazade, designed by Léon Bakst, and The Firebird, designed by Aleksandr Golovin and Bakst, both of 1910. In tribute to these artists and designers whose talents contributed considerably to the success and impact of Diaghilev’s ballets, Comœdia Illustrée featured this article on Les Peintres Décorateurs Russes. It praised Bakst, already familiar to French ballet audiences, for his love of the oriental and Hellenistic worlds and his passionate skill in the use of colour. (Paradoxically, the same publication included his modern pared-down, pale-coloured costumes for Jeux – see Related Item). Alexandre Benois was credited as having a deep knowledge of French styles and a particular fondness for the reign of the Sun King Louis XIV, with its pomp and ceremony, and the 18th and early 19th centuries, apparent in his designs for Le Pavillon d’Armide (See Related Item).

The striking costume designs for Khovanshchina illustrating the article are very much in the vein of these great ‘Peintres Décorateurs Russes’ in their colourful boldly decorated interpretation of Russian dress. Khovanshchina, an opera premiered in St Petersburg in 1886, was based on a theme of Russian History, a rebellion against Peter the Great’s policy of westernising reforms. A production by Diaghilev was performed in Paris and London in 1913. 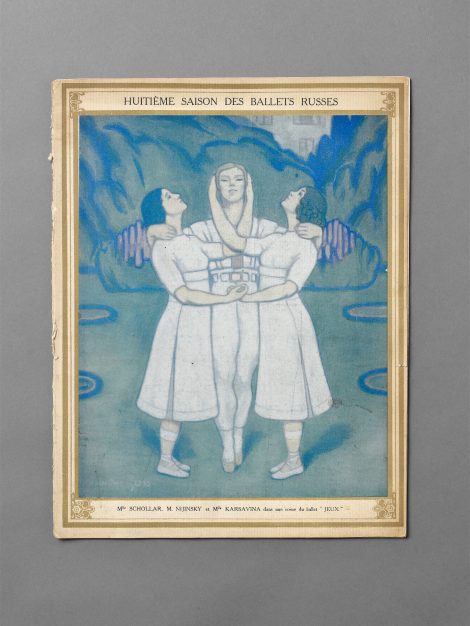 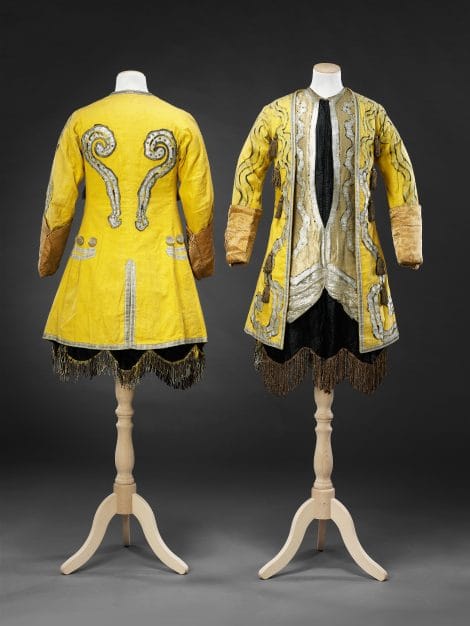