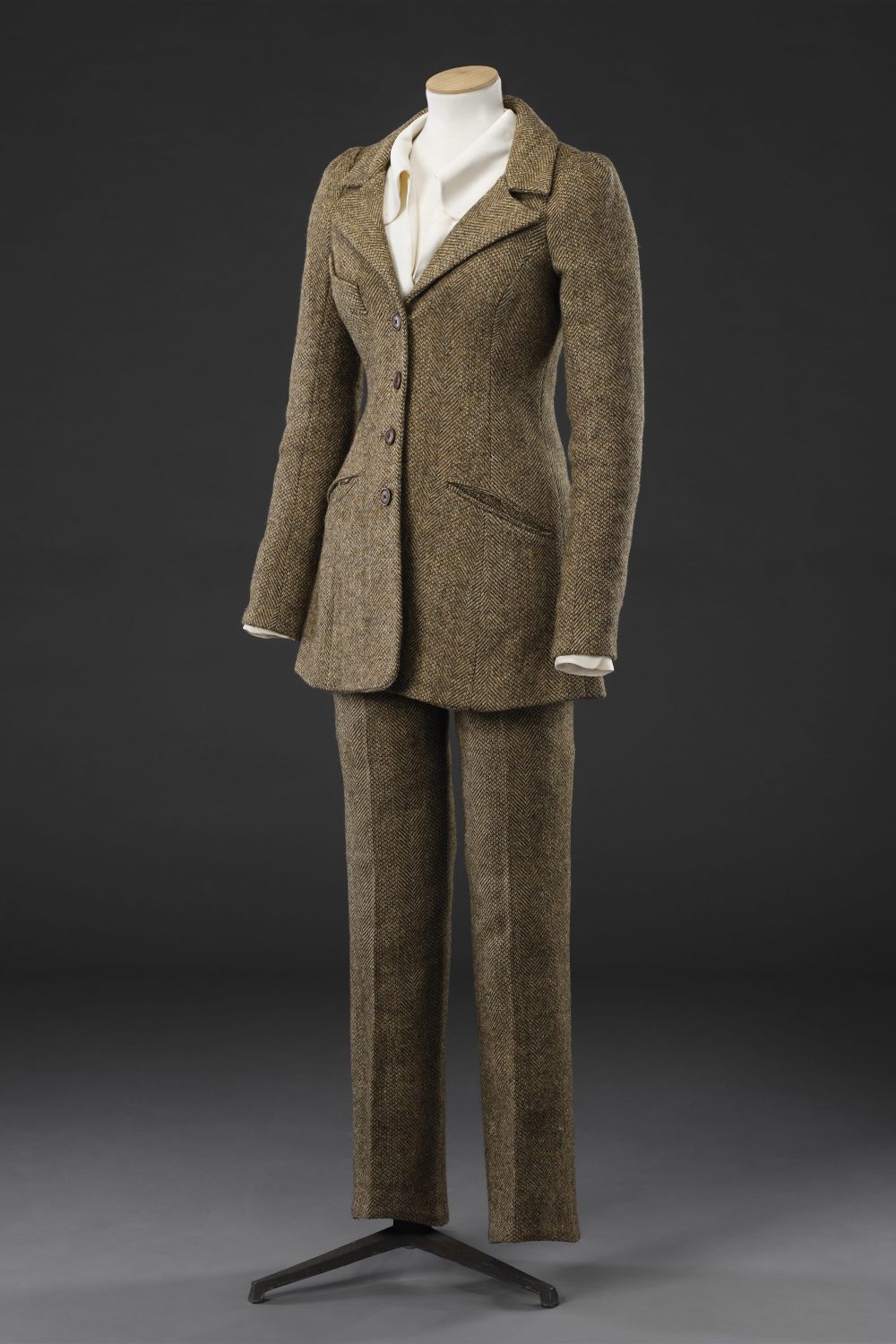 The boutique Biba, owned and run by the designer Barbara Hulanicki and her husband Fitz, was undoubtably one of the most distinctive forces in young fashion during the later years of the 1960s and the first half of the 1970s.

This Biba trouser suit, and the two tunics seen in Related Items, were donated by the milliner Lil Scott who worked for Hulanicki from 1968 to 1969 helping to set up the new household department of the Biba shop which moved from Kensington Church Street in September 1969. Lil liaised with large paint and other manufacturers over the supply of their products in recognisable Biba colours often described as ‘sludgy’, such as airforce blue, deep plum and dusky pink.

The trouser suit was a popular and practical outfit, often worn by young celebrities, in the mid to late 1960s when trousers were still considered inappropriate wear in many circumstances. This suit was a sample, bought unlined, and worn with a polo neck sweater and a Biba hat and scarf. The jacket’s slim, close-fitting line was based upon a traditional riding or hacking jacket, and the trousers were cut with sloping hems to sit well over the footwear in military style. The trouser suit was available to buy from Biba’s Autumn 1969 mail order catalogue at a cost of £ 7.15.6 for the jacket and £ 3.15.6 for the trousers, in addition to matching coats in two lengths, a waistcoat, skirt and hat, and in an alternative airforce blue colourway. A cream crepe blouse, part of a two piece outfit with trousers, has been substituted in the photograph for a very similar one worn with these garments in the catalogue. 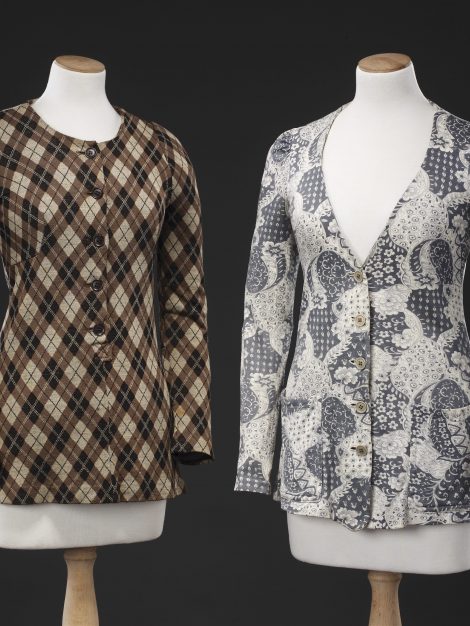