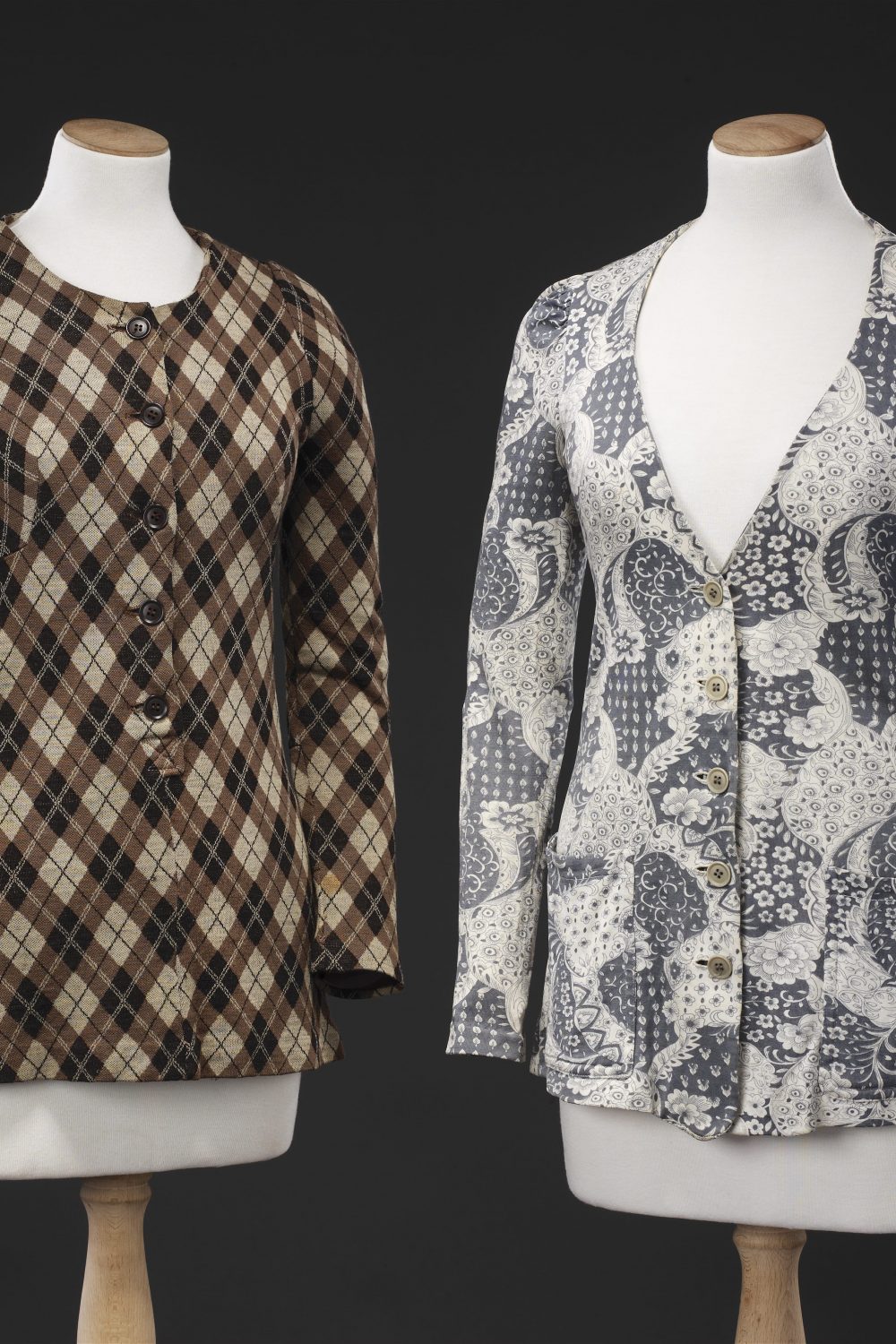 The boutique Biba, owned and run by the designer Barbara Hulanicki and her husband Fitz, was undoubtably one of the most distinctive forces in young fashion during the later years of the 1960s and the first half of the 1970s.

The tunic and unlined jacket, along with the trouser suit seen as a Related Item, were donated by the milliner Lil Scott who worked for Hulanicki from 1968 to 1969 helping to set up the new household department of the Biba shop which moved from Kensington Church Street in September 1969. Lil liaised with large paint and other manufacturers over the supply of their products in typical Biba colours often described as ‘sludgy’, such as airforce blue, deep plum and dusky pink.

Both garments originally belonged to two piece outfits, their partners now worn out. The blue-grey and white cotton jersey jacket was paired with a matching gored skirt that ‘flipped out’ at the hem, and the brown and beige wool jersey tunic with straight-legged trousers. Despite being at the height of fashion they allude to the past – the swirling pattern of the jacket to Art Nouveau designs, and the diagonal Argyll check to sportswear of the interwar years. Both garments are, however, instantly recognisable as products of late 1960s Biba with their skimpy cut, and narrow sleeves set deep into the armhole with gathering on the jacket, and a dart on the sleevehead of the tunic. Hulanicki’s unique angled bust darts defined the breasts, at the same time producing a smooth line down to the hips.

The tunic and trousers were available from the same mail order catalogue of Autumn 1969 as the related trouser suit, the tunic priced at £4.10.0 and the trousers at £3.19.6. The ‘five piece set of golf check double jersey’ also included a skirt, hat and scarf, and could be purchased in an alternative airforce blue colourway. The catalogues gave fashion conscious but country bound young women access to the Biba look but, produced from only 1968 to 1969, were short lived. Girls who could sew were able to make approximations of Biba garments with the help of dressmaking patterns published by the company Style that were clearly based on Biba designs. Additional Images show some of these from a shop catalogue of January 1969, in which can be seen Hulanicki’s characteristic white cotton collars and cuffs, patch pockets with slanted top edges, angled bust darts, and one of her most popular and long running designs, the elongated waistcoat with deeply cut in armholes. (See Related Item) 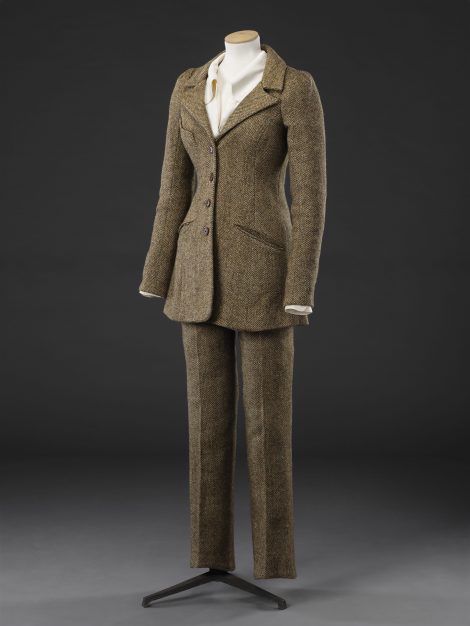