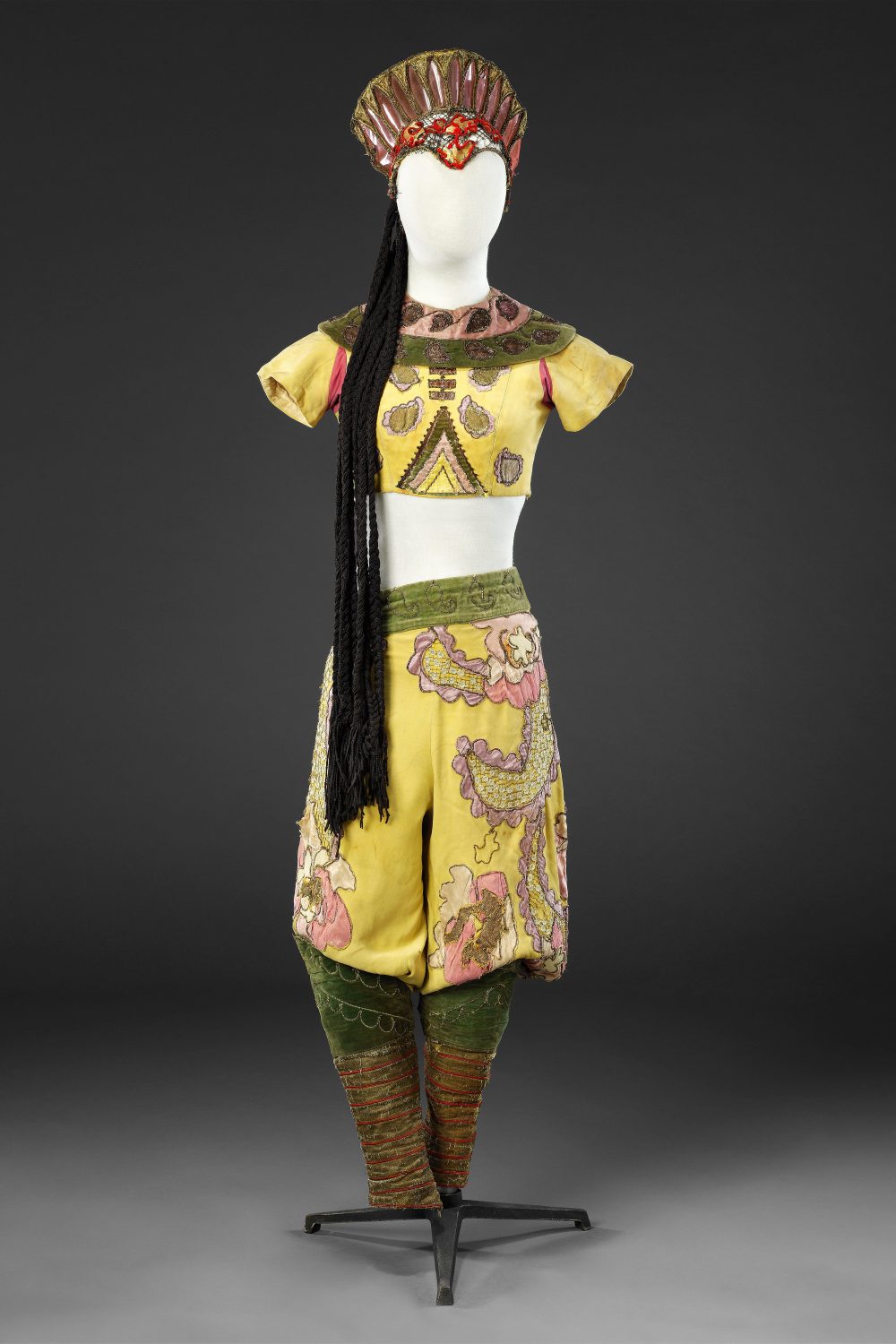 This woman’s costume originates from the 1937 revival, at the Royal Opera House Covent Garden, of Diaghilev’s Ballets Russes 1914 production of Le Coq d’Or, a reworking as an opera-ballet of Rimski-Korsakov’s opera based on Alexander Pushkin’s poem The Tale of the Golden Cockerel. The avant-garde artist and designer Natalia Goncharova designed a vivid set and costumes inspired by Russian folk art for this fable set in ancient Azerbaijan.

By 1937 Serge Diaghilev had died, and the company had been renamed Colonel de Basil’s Ballets Russes after its new director. Le Coq d’Or was adapted once again, purely as a ballet, by the principal choreographer Michel Fokine, with Goncharova reworking her costume designs for the 1914 production. She, and the Russian emigré costumier and maker Barbara Karinska, were now able to take advantage of the artificial fabrics and strong metal zips that had become widely available in the interim and were more durable than the earlier silks and fastenings. This costume, worn by one of the dancers in the court of the Queen of Shemakhan, makes effective use of the strong colours and bold appliqué work, outlined with cord, for which Goncharova was celebrated. It comprises a diadem-shaped headdress with eight long ‘plaits’ attached to the back, a short-sleeved midriff-revealing bodice, full knee-length trousers, and separate zipped coverings for the lower legs; only its shoes of green leather trimmed with gold and red are missing. The original design is in the Houghton Library, Harvard University. See http://id.lib.harvard.edu/images/olvwork172909/urn-3:FHCL.HOUGH:84511/catalog.  It is one of a number of identical costumes for the young girls at Queen Shemakhan’s court whose number contributed to the spectacle of the ballet and who can be seen in a photograph of a production touring Australia in 1940. See  http://nla.gov.au/nla.obj-144764552. Our costume is characteristically marked with the names of dancers from various productions, including that of Moscelyne Larkin(a), a native American who joined the Ballets Russes in 1941, rising to the ranks of principal dancer and later became a well-known ballerina in the United States where she founded the Tulsa Ballet in Oklahoma.

The John Bright Collection owns a copy of the June to October 1937 souvenir programme for the season at the Royal Opera House, commemorating the Coronation of George VI that year. (See Related Items) 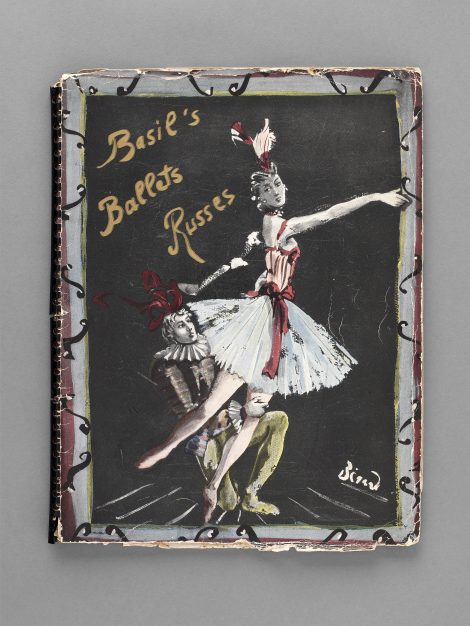 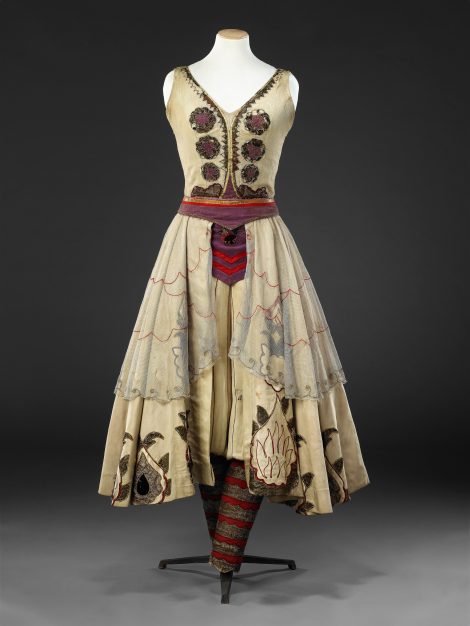