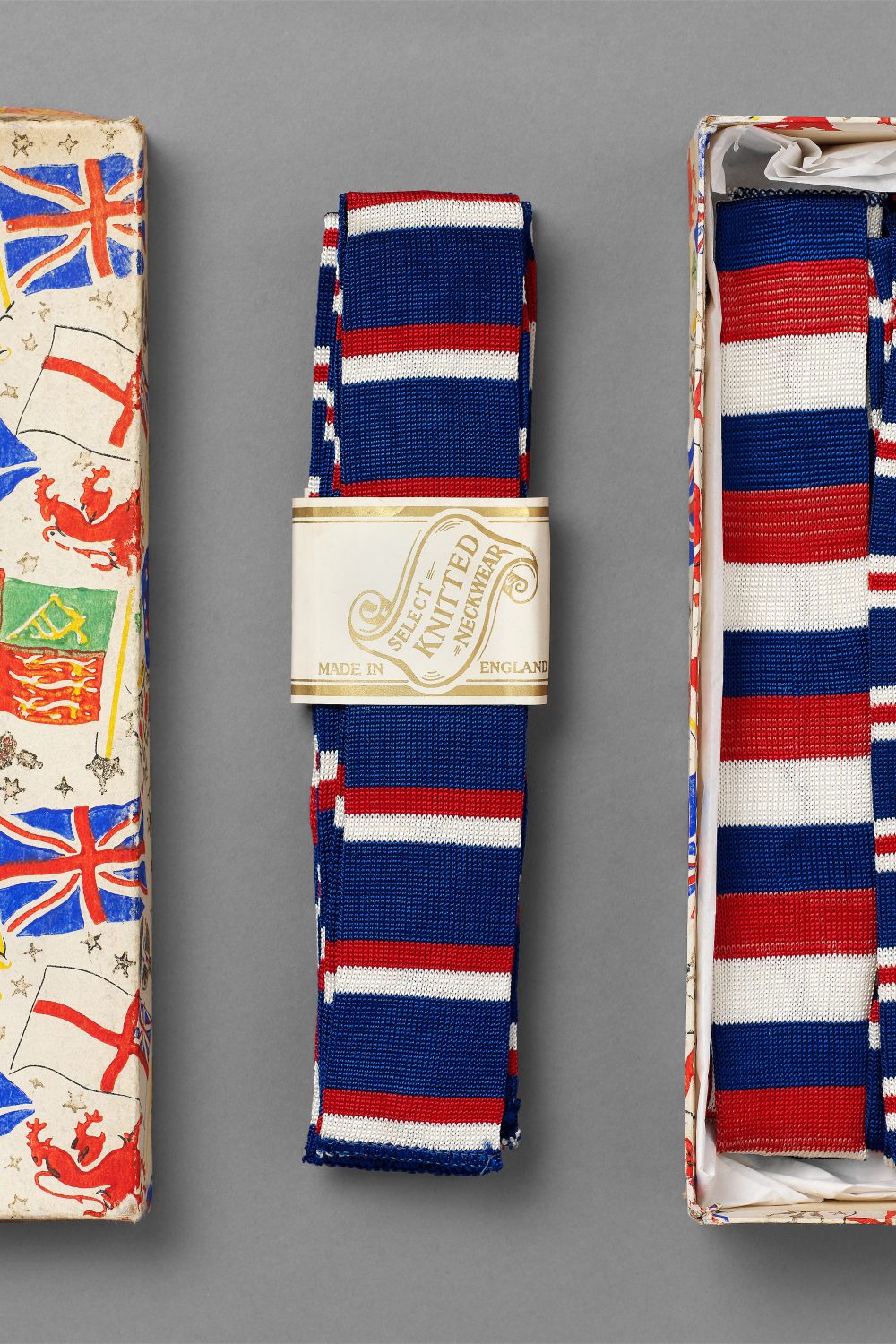 This box of boys’ ties was probably produced to commemorate the coronation of either King Edward VIII (which never happened), or King George VI in 1937. The rayon jersey ties are striped in permutations of royal blue, red and white; the box is printed with patriotic symbols, such as a sceptre and the lion rampant, and flags including the union jack, the royal standard, the saltire and the cross of St George. 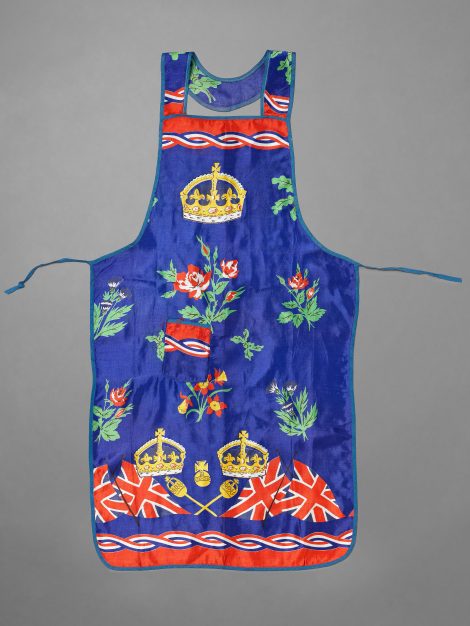 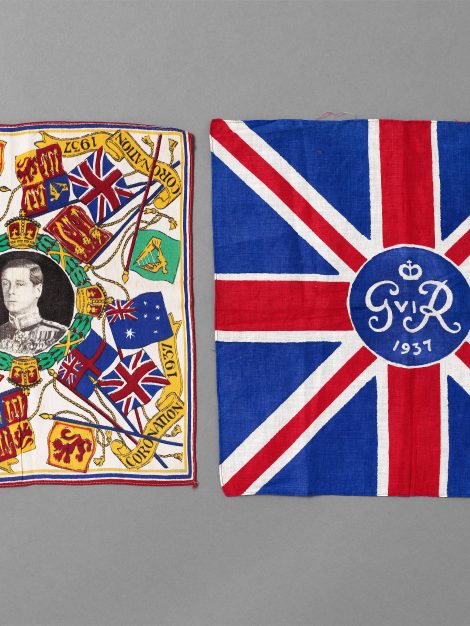 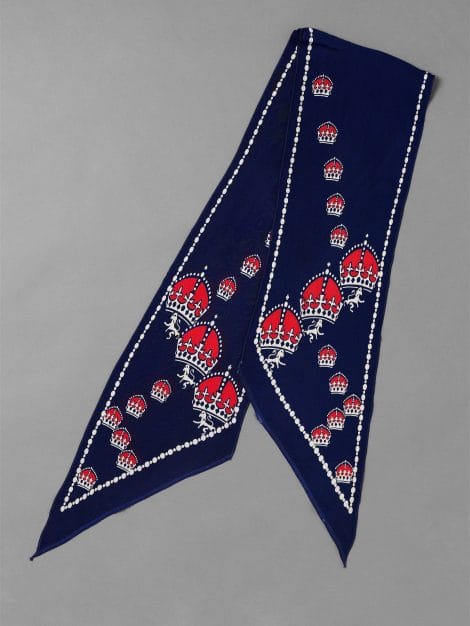 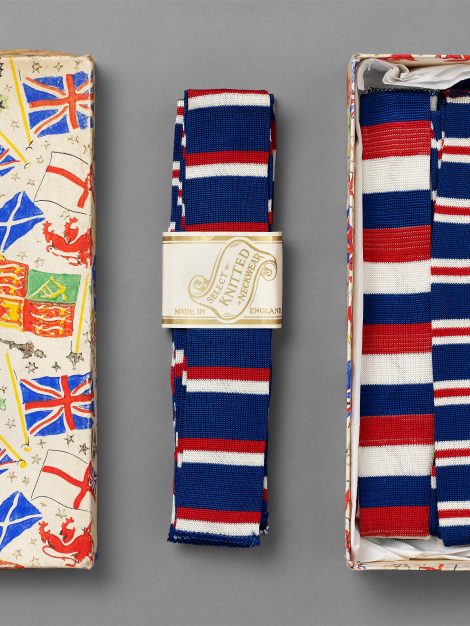