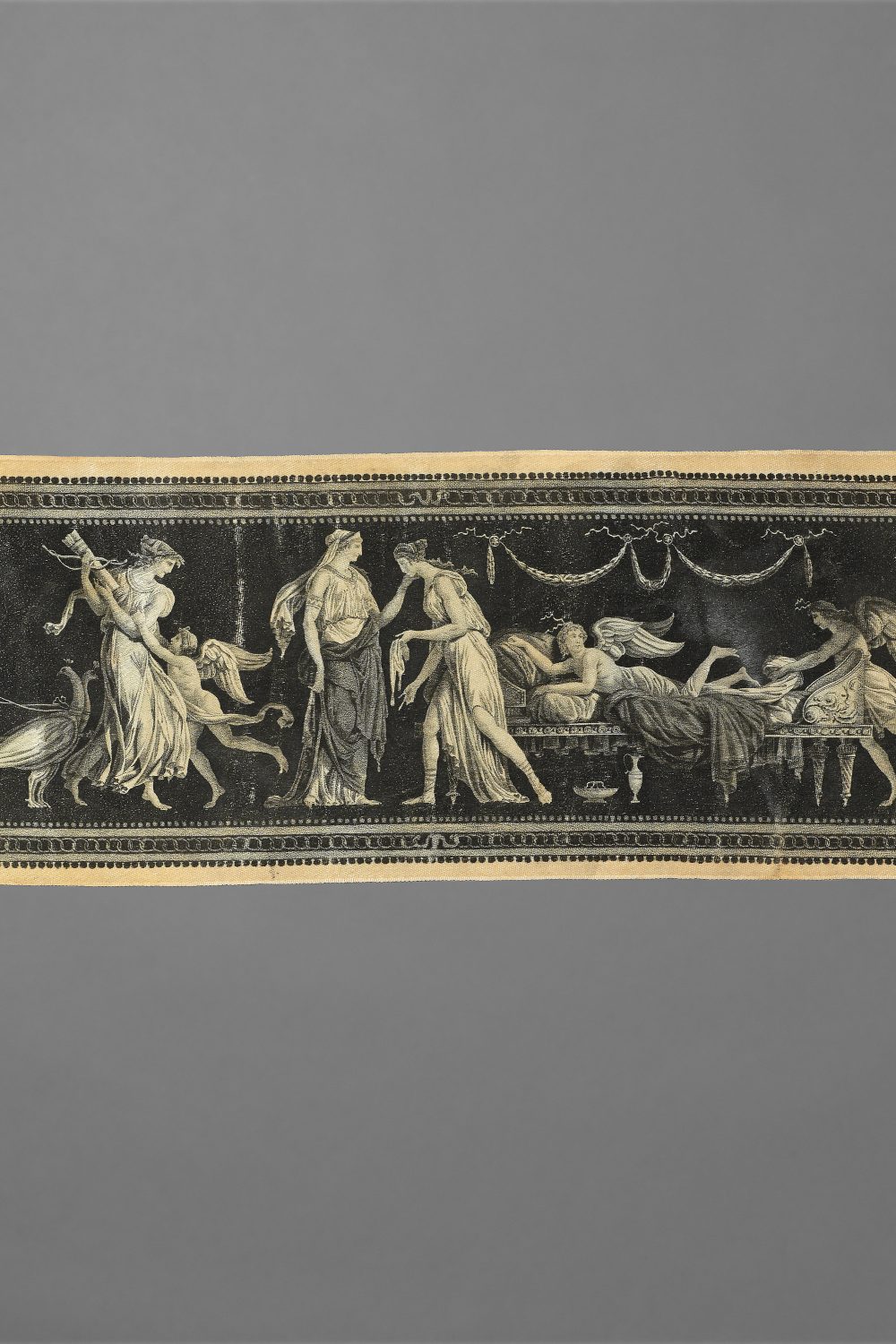 Neoclassical taste, which looked back to the culture of the ancient Graeco-Roman world, dominated architecture and the decorative arts in the wake of 18th Century archaeological excavations and scholarly publications. Fashion followed this lead, the lively character of the Rococo style gradually giving way to more restrained lines. This sash, possibly worn with a simple white muslin dress inspired by the antique, clearly shows the influence of the classical world. Made of pale blue satin ribbon with a, now faded, contrasting border, each fringed end is printed with a monochrome roundel depicting women and putti within an ornate frame. At the centre of the sash -most visible when worn – a rectangular scene depicts female figures in classical dress accompanied by putti and peacocks pulling a chariot. Its long format and shallow plane along which figures are strung, as if in procession, recall classical friezes carved in relief on marble or stone. Scholarly studies of archaeological finds, such as the eight volume Le Antichità di Ercolano Esposte of 1757-92 illustrating those at Pompeii and Herculaneum, provided inspiration to designers internationally. Though not a direct source for our sash, the rectangular scenes of women engaged in domestic and leisure activities decorating ancient Greek water jars, documented and illustrated by Sir William Hamilton in 1766-7 (see examples in collections of the New York Public Library digitalcollections.nypl.org/items/89e1dc4f-93b1-3472-e040-e00a1806369f and at the Royal Academy www.royalacademy.org.uk/art-artists/work-of-art/colour-plate-of-apollo-eros-and-the-muses-at-their-toilet-from-attic-hydria ), are very close in character.

The sash was almost certainly printed in Paris, considered the centre of fashionable luxury at the time, by a company specialising in printing classical style motifs with etched and stipple engraved copper plates onto textiles and paper. The flexibility of this method made it suitable for use on household items, such as wallpaper, and garments and accessories (see Related Items). In the United Kingdom, where Parisian sashes were imported and inspired the manufacture of similar examples, they were known as Versailles sashes, evoking the glamour of the French court. Two similar sashes printed with identical scenes to ours at each fringed end survive in the Museum of Fine Arts Boston and the Victoria and Albert Museum, the former monochrome, the latter coloured.

A study of Versailles sashes can be found in volume 44, 2010 of Costume, the Journal of the Costume Society. 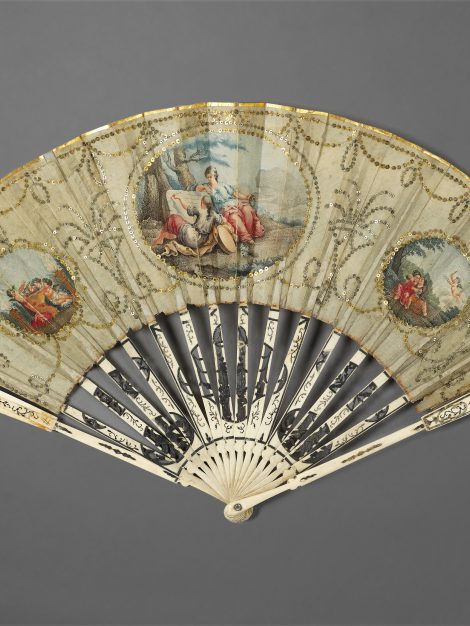 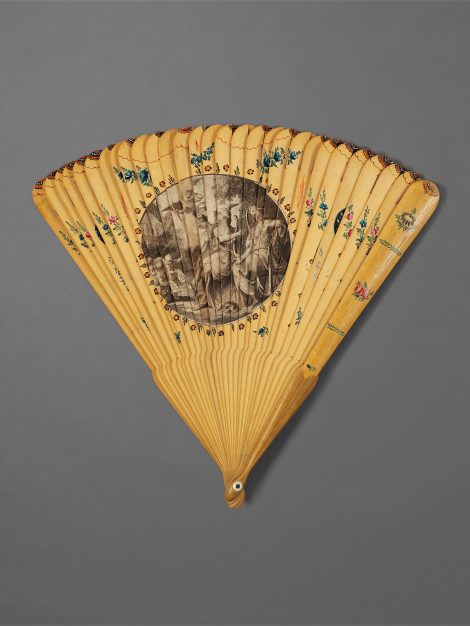 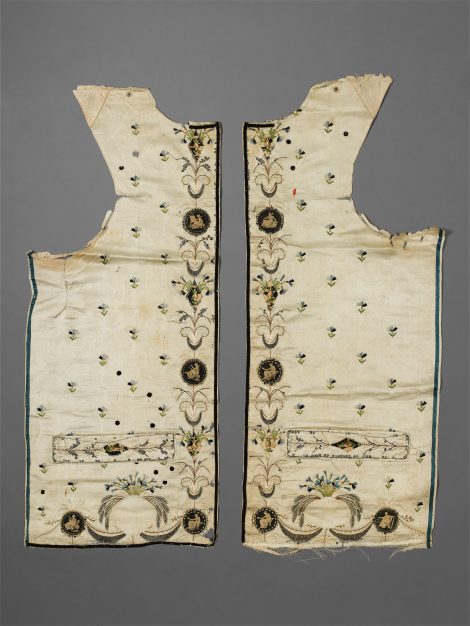